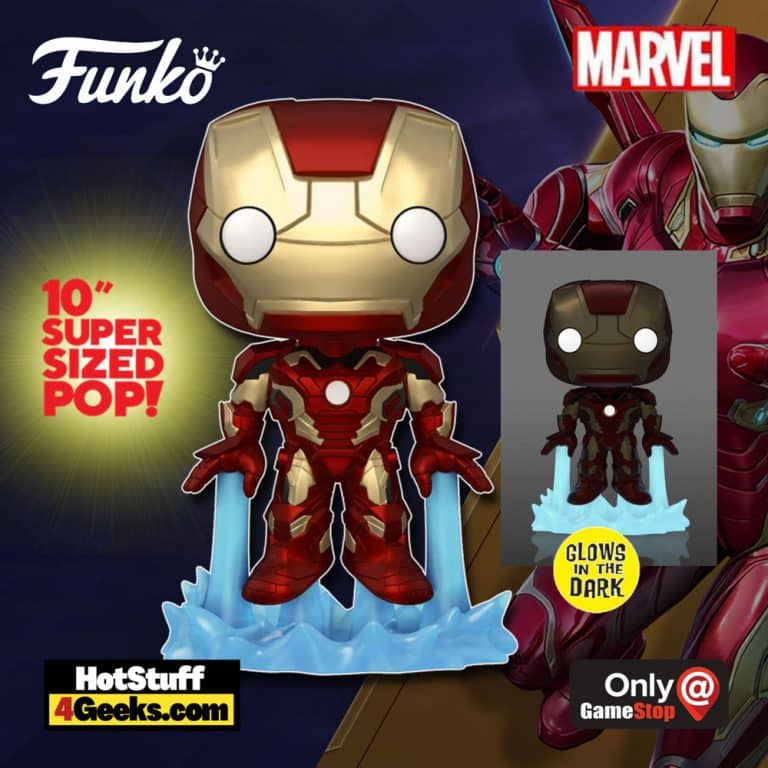 Now we can bring our big hero in action to our collection with the Funko POP! Marvel: Iron Man Glow in the Dark (GITD) 10-Inch Jumbo Size Funko Pop! Vinyl Figure – GameStop Exclusive!

Some things are as easy as a snap of the fingers. But, unfortunately, saying goodbye to your favorite superhero is not one of those things!

Iron Man, the famous Tony Stark, has been one of the most acclaimed characters by Marvel fans, appearing in several of Marvel’s titles, such as Iron Man (1, 2, and 3), Civil War, and The Avengers franchise. In the latest film, Avengers: Endgame, the character played an even more critical role, sacrificing himself to protect the rest of the world.

So, it shouldn’t come as too much of a surprise that Tony Stark is one of the few out there who not only used his BIG brain and BIGGER bucks to become a power-suited superhero but then proudly admitted to the world exactly who he was! The BIGGEST of them ALL!

The 10- inch Funko Pop! Jumbo Iron Man GITD is now available for pre-order at the links below (click to jump!) Also, don’t forget to check more images of our hero right down. 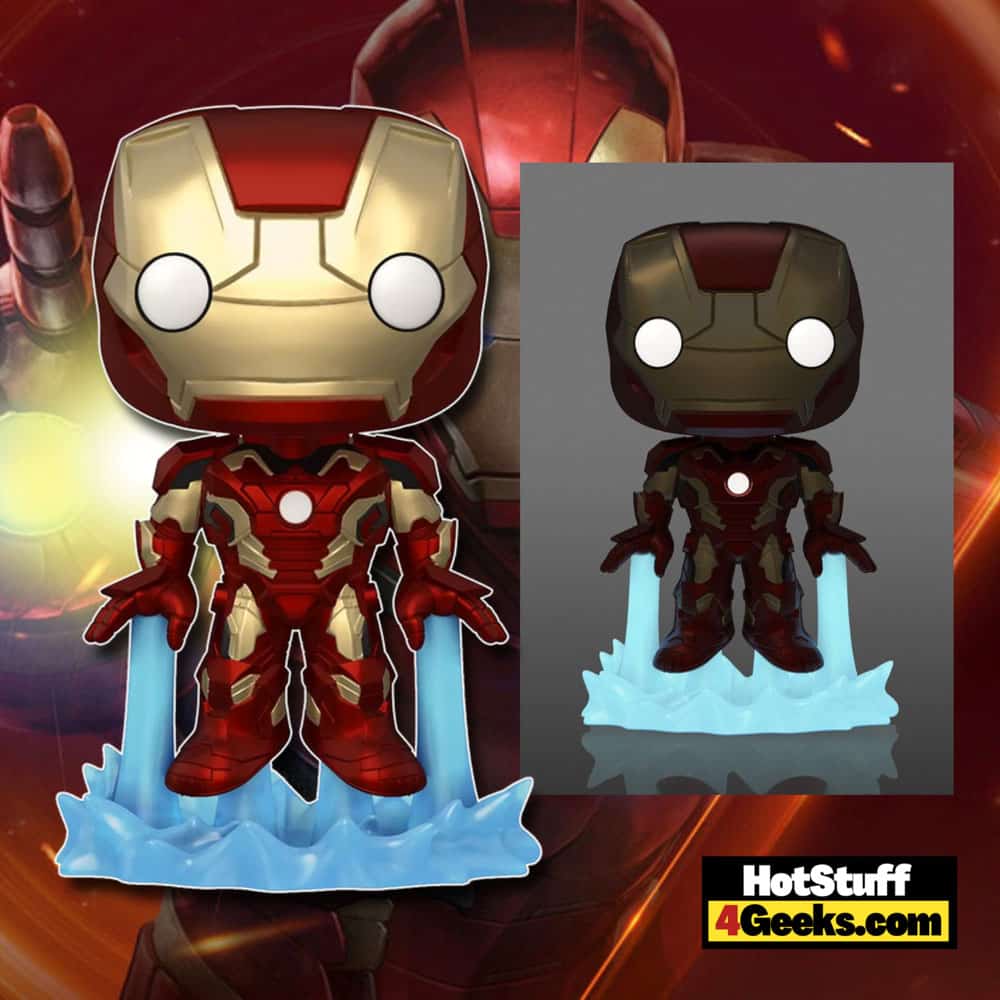 The 10- inch Funko Pop! Jumbo Iron Man GITD is now available for pre-order at the links below (click to jump!)

In Avengers: Endgame, the end of the Avengers story is quite shocking for fans. Many were disappointed with the death of Iron Man. Some even thought about the possible return of the character in some other reality. However, fans’ hopes were cut short with a piece of information in the series “What if…?”

In the fourth episode of the series, Doctor Strange shows a reality if Tony Stark returns. He doesn’t lose the strength in his hands, but he does lose Christine Palmer in a car accident. 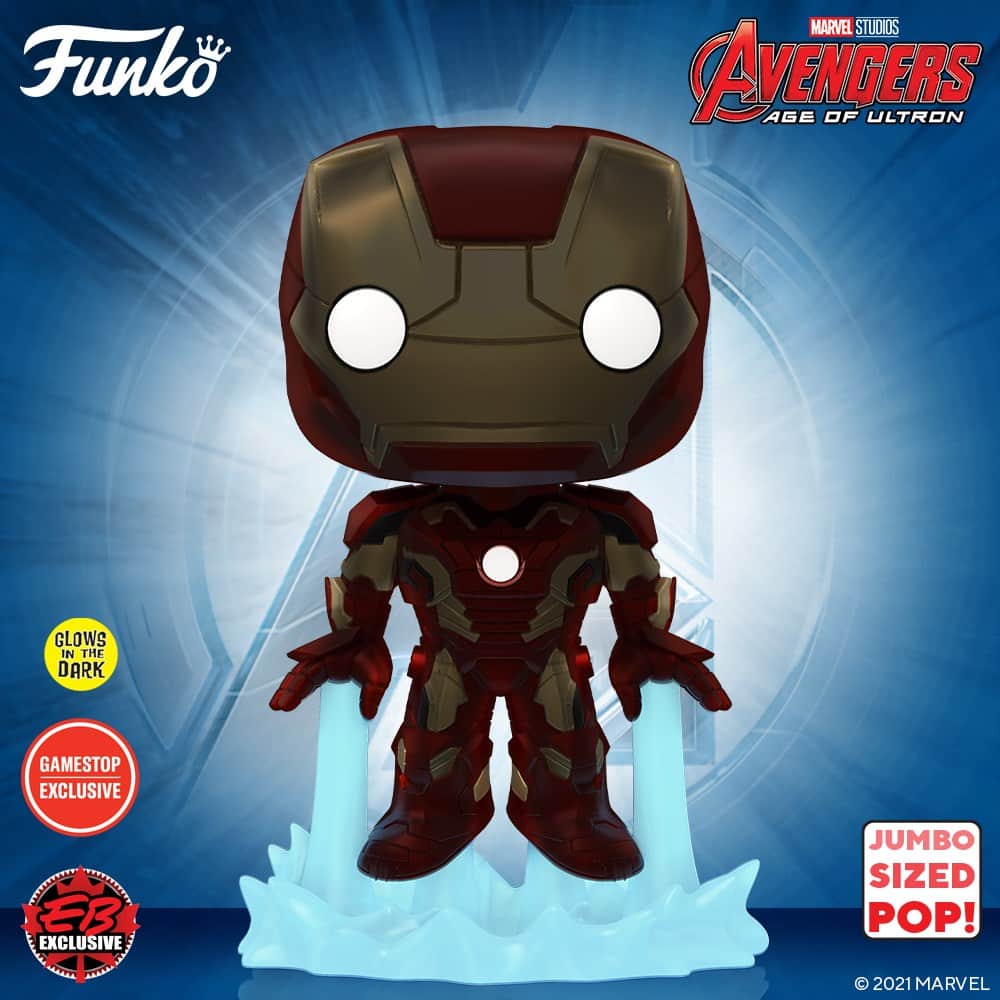 Through great pain, Tony learns mystical arts and tries to bring Palmer back. The episode shows him trying several times, and the result is always a breakdown.

In fact, for the villain Thanos to be defeated entirely, Tony Stark’s sacrifice was necessary. It’s explained that death is a fixed point in the timeline. Every time someone tries to reverse it, a collapse occurs.

In this way, Marvel denies the return of possible characters such as Black Widow and Iron Man.