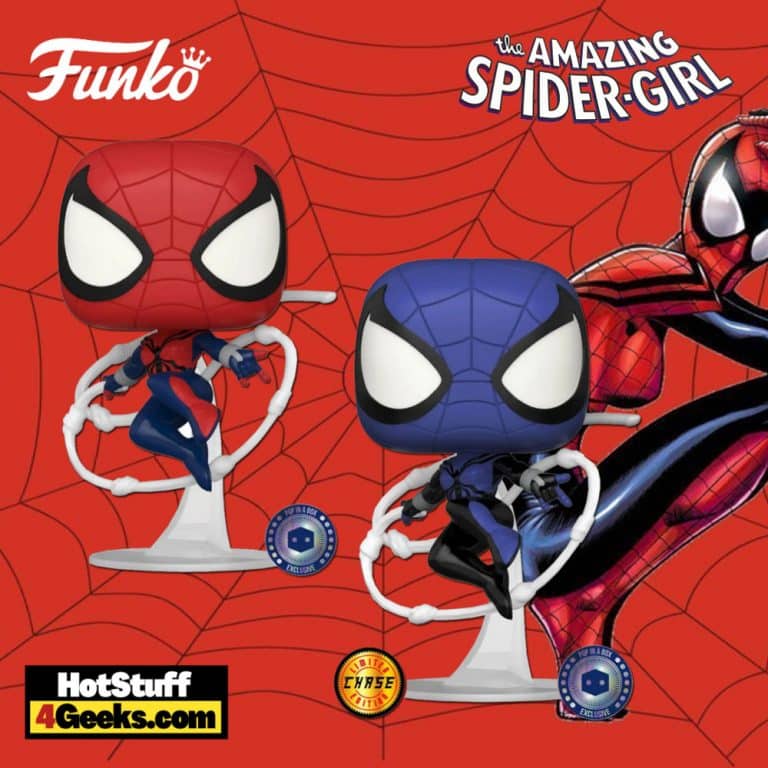 A new PIAB Exclusive drop today! Spider-Girl With Chase Funko Pop! has got our spider-senses tingling!

That Peter Parker has always been Spider-Man, of that, we have no doubt. But we also know that he was not the only one to carry the mantle of the hero, and several people have worn the neighborhood friend’s uniform. And one of them is his blood heir: Mayday Parker, known as Spider-Girl.

If you thought one May Parker was awesome, how about two? April Parker is a clone of May, but she is unique in that she is also a Symbiote Hybrid, giving her both the powers of Spider-Girl and Venom.

Taking the name “Mayhem,” April became a vigilante. She’s definitely more of a “wall-crawling menace” than May! You have a 1 in 6 chance of receiving April as a rare chase variant! 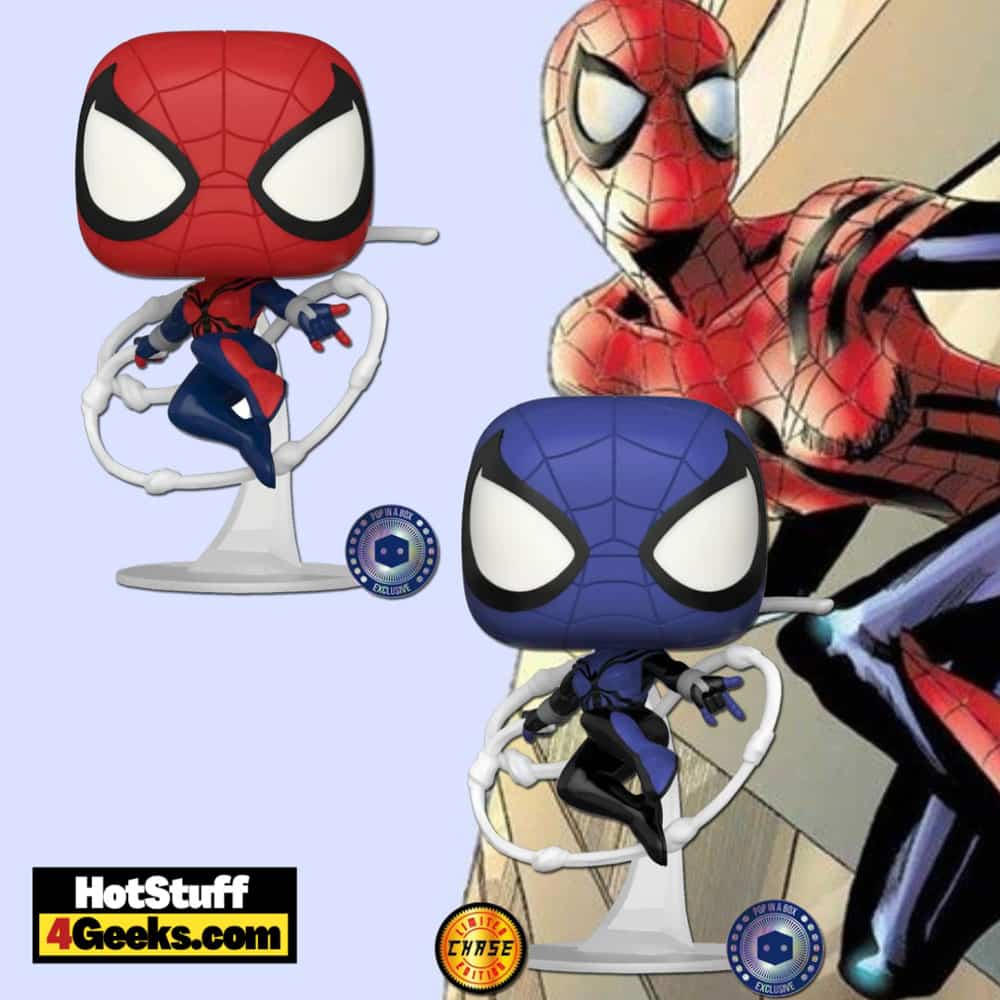 Spider-Girl first appeared in a very popular issue of the “What If?” series. So much so that she became the star of her own series, one of the longest-running series starring a Marvel heroine.

Mayday Parker was named after Aunt May, and he belongs to a reality known as MC2, which in Marvel comics is Earth-982.

In this universe, Mary Jane gave birth to the daughter she was expecting with Peter Parker (in the main universe, she lost the baby due to Peter’s DNA being incompatible with her own). However, shortly after the birth, she was kidnapped by the Green Goblin.

Peter managed to rescue his daughter and killed the Green Goblin once and for all, but he ended up losing a leg during the battle and had to retire from the hero’s life. So he started working as a forensic scientist for the NYPD.

Mayday Parker, when he turned 15, began to develop the Spider-Man’s abilities. Peter and Mary Jane tried to hide this from the public, but after Normie Osborn (Norman’s grandson) attacked Parker for revenge, the young girl took her father’s fighting equipment and became Spider-Girl.

The young woman became a full-fledged heroine, and like Peter, she gained several enemies. Like the Goblin and Venom, some we have already known, while others appeared in her comics, like the Black Tarantula, Raptor, and Killerwatt.

Mayday became famous for turning some of his enemies into allies, as was the case with Raptor and Normie Osborn.

The biggest challenge Spider-Girl faced was against herself. In the story “The Clone Saga,” she discovered a copy of herself in suspended animation in Norman Osborn‘s lab. And notes left by the villain hinted that she was, in fact, a clone of the version she found.

The heroine still saw her father die during the Spider-verse. However, she helped defeat the Inheritors and remained a member of the Web-Warriors, a team of the hero versions to protect the Multiverse.

And after this event, she decided to honor her father’s legacy and went from Spider-Girl to Spider-Woman.