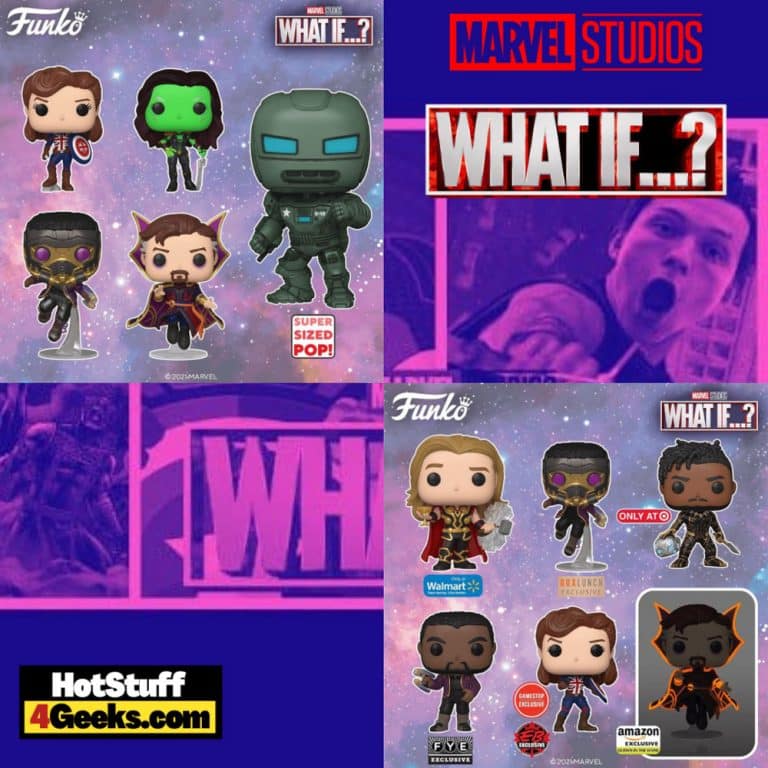 Shortly after the trailer debuted, Funko and Marvel officially revealed an impressive collection of Pop! figures inspired by the What If…? premise, including some exciting What If…? Funko Pops exclusives.

The What If…? animated series is based on Marvel Comics and will consider Marvel’s Cinematic Universe (MCU) several alternate realities.

Classic Marvel character, Uatu the Watcher will guide the audience through a multiverse in which T’Challa becomes Star-Lord, Peggy Carter is injected with the Super Soldier formula, and Steve Rogers becomes Iron Man.

The most exciting reveal was King Killmonger. The lost cousin of King T’Challa of Wakanda has been given a Funko Pop version for What If…?

The Killmonger pop appears, wearing the Black Panther armor reserved for Wakanda’s ruler and holding Ultron’s severed head. Despite Killmonger’s death at the end of Black Panther, fans were waiting for him to make his return.

Among the new collectibles are 5 commons and six retailer exclusives. Here’s the line-up for the What If… pops’ first wave:

What If…? Funko pops are now available for pre-order at the links below (click to jump!) 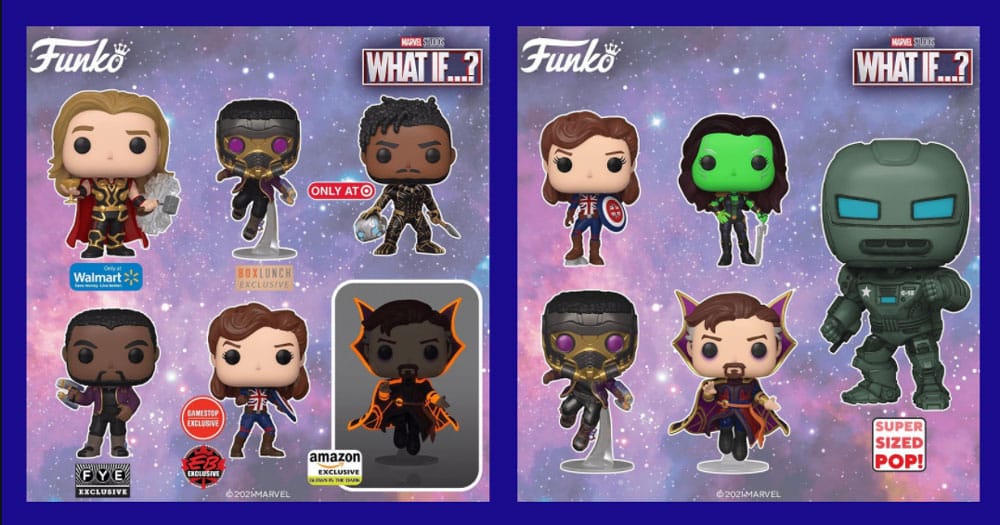 Inspired by the comic book series, the animation repeats the premise of its source material and imagines scenarios in which the events of the MCU would have unfolded differently.

What if Yondu had caught T’Challa instead of Peter Quill? What if Gamora had hunted down Iron Man? What if Steve Rogers was not the one who received the super serum?

The one who guides the viewer through this alternate universe is Uatu, also called the Watcher. The character, voiced by Jeffrey Wright in What If…, was created in the 1960s by Stan Lee and Jack Kirby.

He is part of an aliens species known as the Watchmen, whose purpose is to monitor other creatures. Uatu, in this case, is responsible for observing the solar system, and therefore the Earth.

Marvel Studios has released two previews of the anthology series to the general public. The first focused on what might happen to Peggy Carter, T’Challa, and Stephen Strange and introduces the narrator and its purpose: to see what unfolded in the MCU’s numerous realities.

Later, the studio revealed a full trailer, exploring other characters from its universe, and confirmed it would premiere on August 11.

As a whole, What If…? will offer a brand new perspective on the Marvel universe, and it will be fascinating to see it come to life.