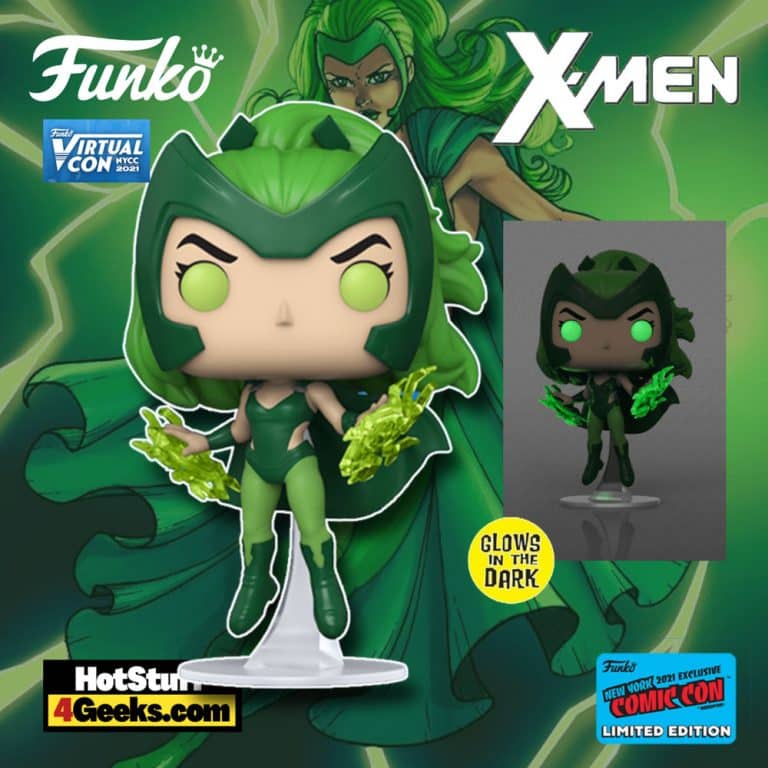 The Funko Pop! Marvel: X-Men – Polaris Glow-In-The-Dark (GITD) Funko Pop! Vinyl Figure is a Funko Virtual Con NYCC 2021 – GameStop Shared Exclusive and will be available at Funko Shop on  October 7th, 2021 at 9 am PT and at shared retailers on October 8th at 6 am PST.

Even though not as popular as Wanda and Pietro, Polaris is quite powerful, having been part of both the X-Men and the X-Force

Polaris is an alpha-level mutant that has immense power, being able to control the earth’s magnetic fields, create magnetic pulses, fly, and the main thing: manipulate metals and iron contained in the bloodstream of human beings.

It is not surprising that one of the most powerful mutants in the Marvel universe also has a direct (and blood) connection to another compelling character in this universe. Polaris is none other than Magneto’s daughter! 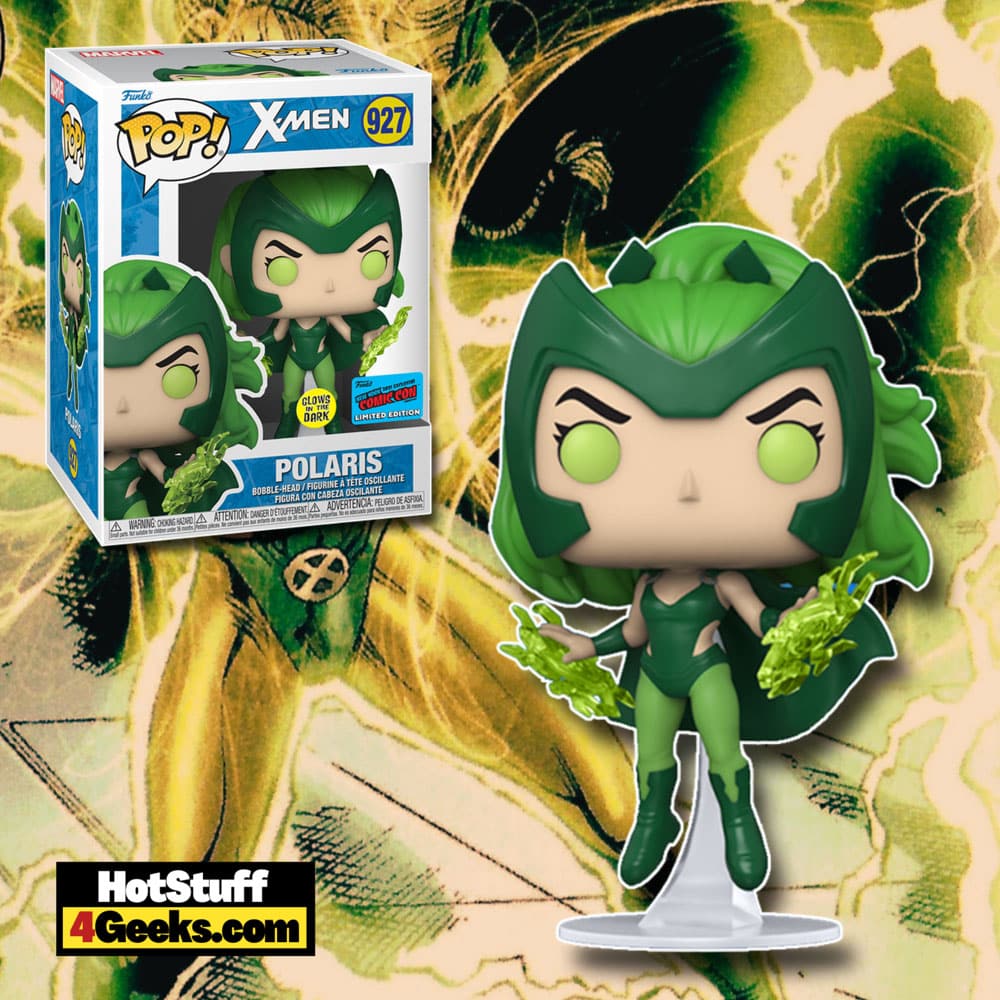 The story was written by Arnold Drake and drawn by Don Heck and Werner Roth. In the plot, we have Mesmero gathering an army of mutants to dominate humanity, obeying the orders of Magneto.

To recruit these people, Mesmero uses a generator created by the Master of Magnetism that attracts mutants who have not yet had their powers awakened, one of the people to hear this call (and almost suffer a severe accident because of it) is Lorna. 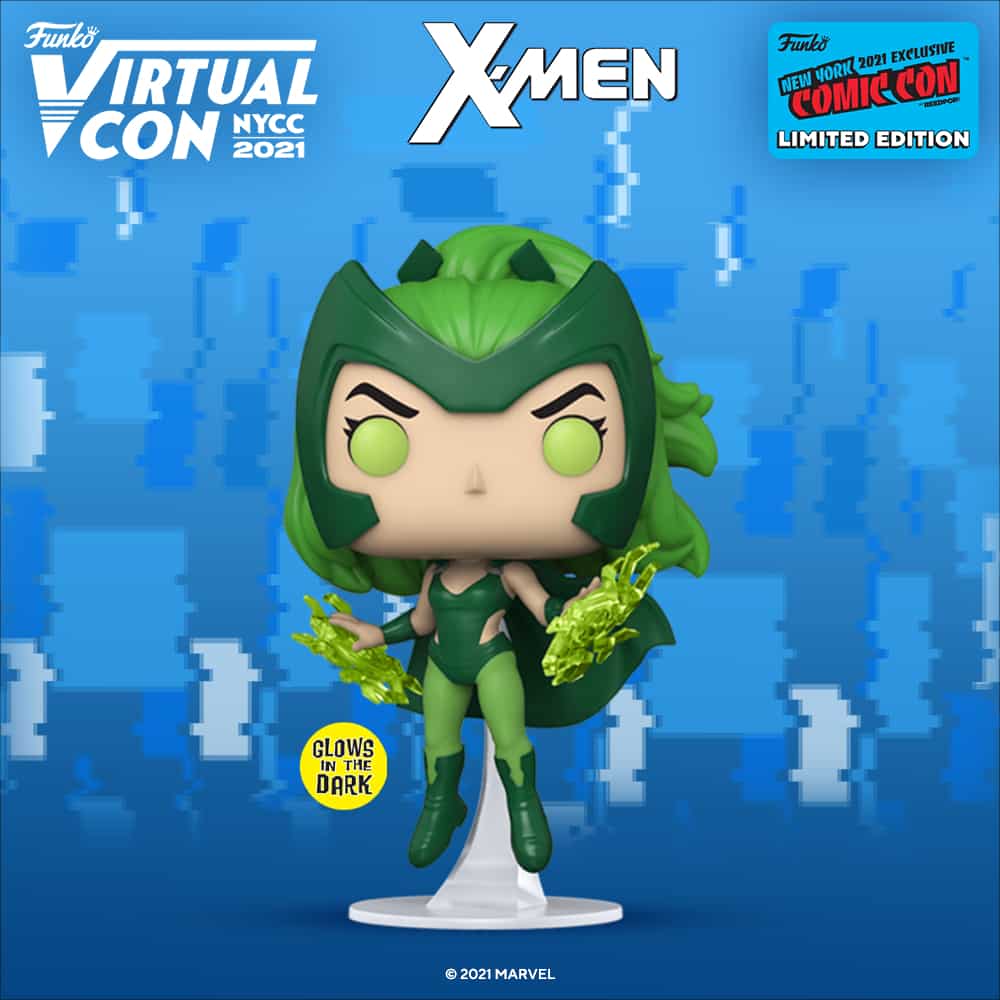 Lorna’s birth mother had an affair with Magneto. When Lorna was three years old, the man she believed to be her father found out about the affair and confronted his wife about it while the family was flying in their private plane.

The confusion caused Lorna so much stress that it triggered an early manifestation of her mutant powers, turning her hair green and triggering a magnetic pulse that killed her family and destroyed the plane they were on.

Fortunately for Lorna, Magneto sensed her magnetic power and investigated. He saved Lorna but decided that she was not ready for the kind of life she would have grown up next to him.

With Mastermind’s help, he then altered Lorna’s memory so that she could remember nothing – it wasn’t until Lorna’s first encounter with the X-Men years later that these memories began to be revealed.