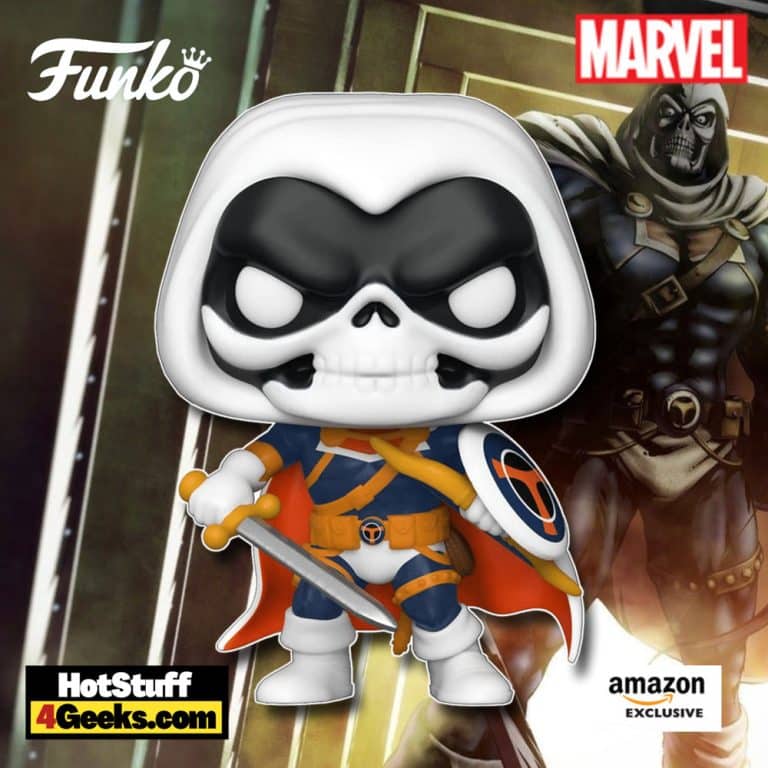 The best Marvel characters are the ones that keep surprising you. So is this new Funko Pop! Marvel: Year of The Shield – Taskmaster Funko Pop! Vinyl Figure – Amazon Exclusive will be a supervillain, or will he put the hurt on the bad guys?

In every comic book universe, any self-respecting great villain has an army of minions ready to fight their enemies, the heroes. But where do these costumed bad guys come from?

They are never good enough actually to harm the heroes but provide a temporary distraction. But who trains these guys? It turns out that they are trained mainly by one man: The Taskmaster.

And now you can collect him as the seventh Pop! from Amazon’s Year of The Shield Program.

The Amazon Exclusive Taskmaster Funko Pop! is now available for pre-order at the links below (click to jump!) Also, don’t forget to check more images of this pop right down. 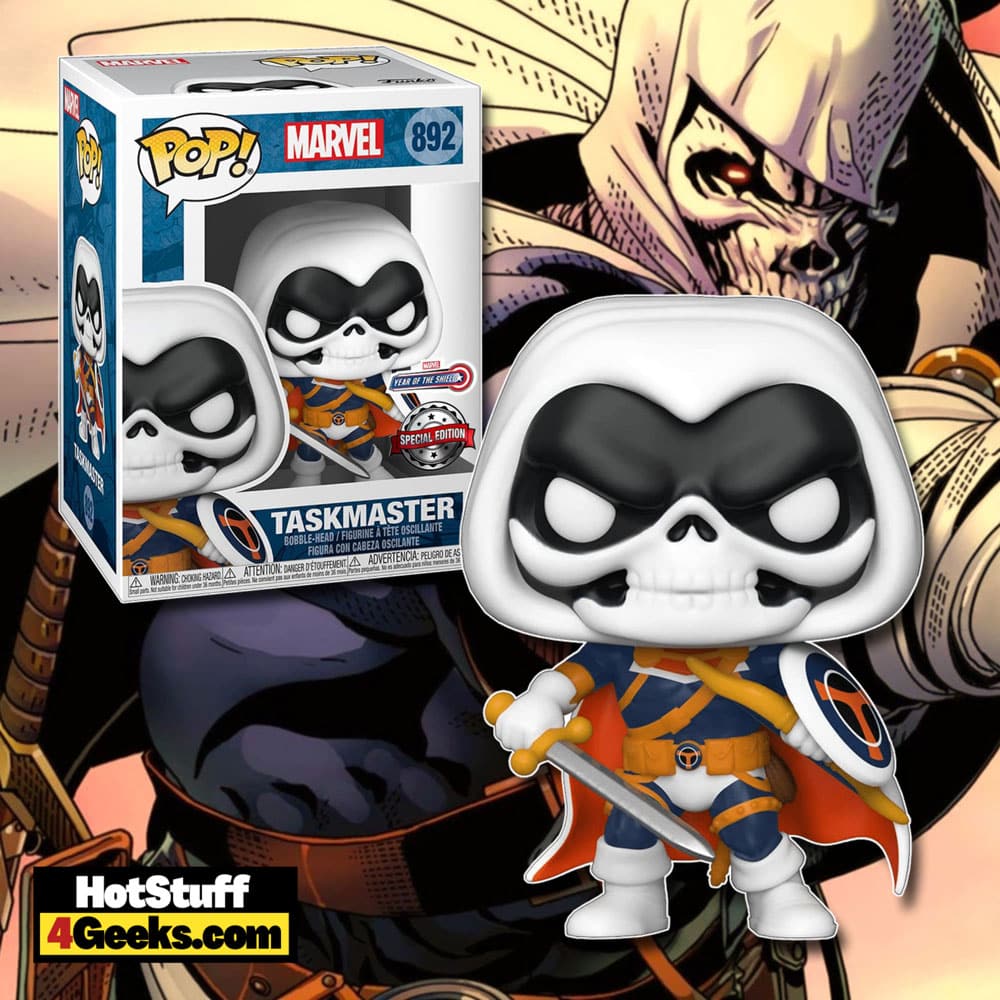 The Taskmaster, created by writer David Michelinie and artist George Perez, debuted in the pages of Marvel Comics almost forty years ago.

Over the years, this once minor villain has grown in popularity. He even fronted several of his own limited series in Marvel and featured prominently in video games such as Sony’s Spider-Man game for PS4. 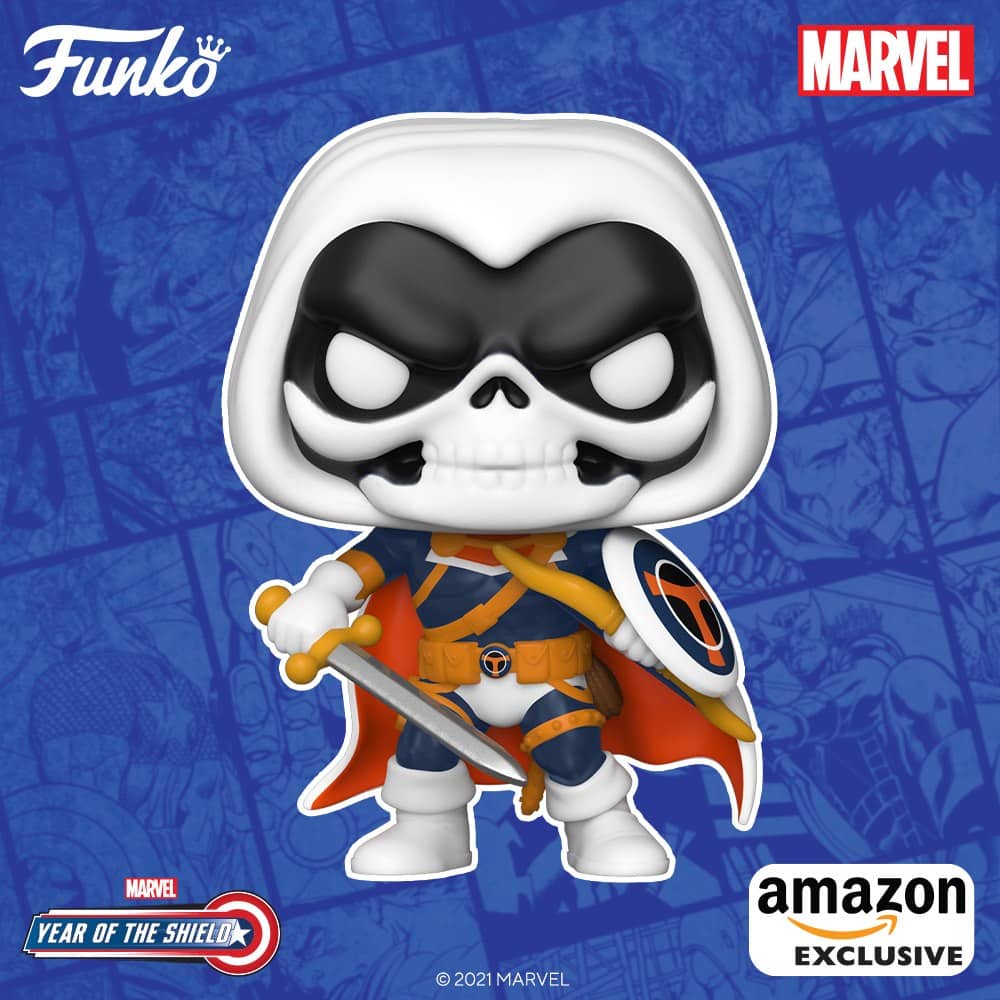 The Amazon Exclusive Taskmaster Funko Pop! is now available for pre-order at the links below (click to jump!)

The villain had his strength recognized by Earth’s mightiest heroes in Avengers #196 in 1980, where he managed to defeat and capture several of them.

In a classic villain monologue moment, Taskmaster reveals his history, explaining that he was born Tony Masters in Brooklyn, who realized he had photographic reflexes from an early age.

Just by watching, he could mimic any kind of physical ability he saw, including all styles of hand-to-hand combat. All Taskmaster needs to do is to see it once, even if it is only a recording.

His photographic memory becomes very useful, and he soon learns all the fighting moves of heroes like Captain America, Spiderman, and Daredevil.