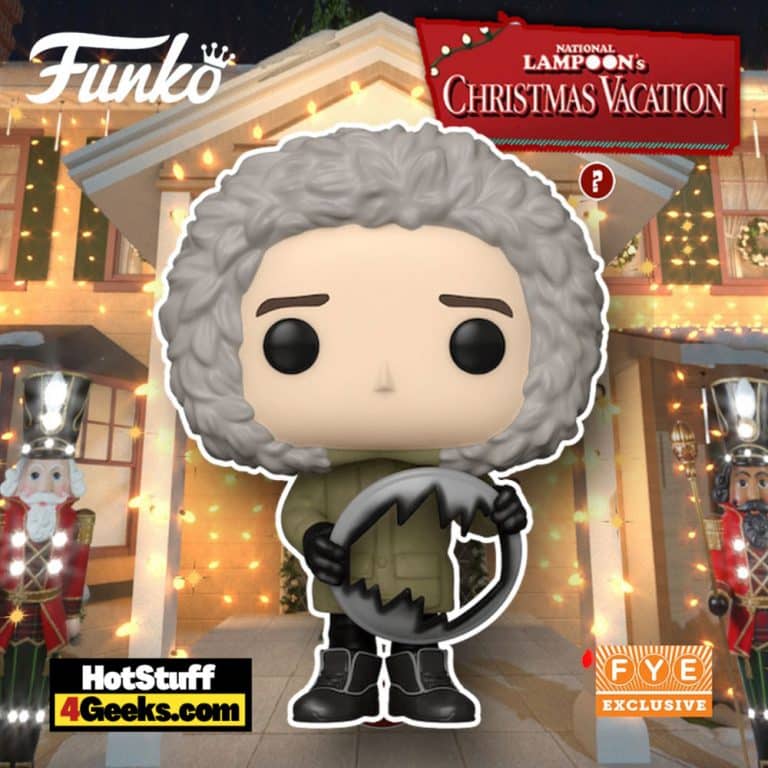 This Christmas, get yourself something real nice, this Funko Pop! Movies: National Lampoon’s Christmas Vacation – Clark Griswold with Sled Funko Pop! Vinyl Figure – Fye Exclusive will do the trick. Let him serve as a reminder to keep Christmas easy, and maybe skip spraying non-caloric silicon-based kitchen lubricant on your sled!

There is nothing better than remembering a great classic from the late ’80s, the hilarious National Lampoon’s Christmas Vacation.

Clark Griswold promises his family a wonderful Christmas. He decorates the house with more than 20,000 lights and prepares a tree that can’t even fit in the living room.

With everything ready, he invites the rest of the family to join them. But, unfortunately, after months of preparation, things don’t go as well as planned when Christmas Eve arrives, starting with an exploding turkey and a cat tangled in the Christmas lights.

The Fye Exclusive, Clark with Sled Funko Pop! from the National Lampoon’s Christmas Vacation movie is now available for pre-order at the links below (click to jump!) It’s expected to be released in October 2021. Meanwhile, you can check more images of this hilarious pop right below. 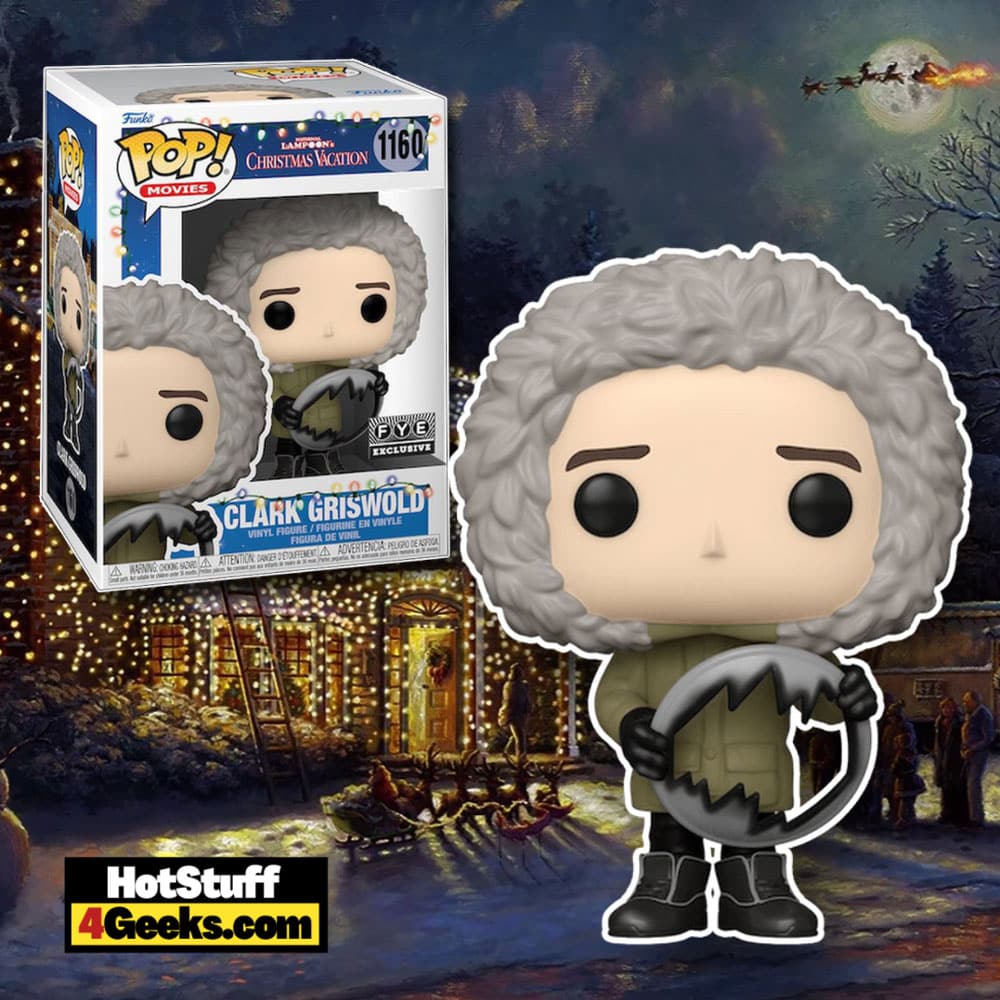 The head of the family, Clark, is very excited because he is about to receive a bonus from his company, and with this future money, he makes several plans, including buying a swimming pool.

The patriarch is so excited that he decides to set up a Christmas tree with thousands of lights but gets in trouble when installing it and ends up knocking out the power in the entire town, causing a lot of trouble, especially for neighbors Todd and Margot.

The biggest unforeseen event is the arrival of his relatives, many of them unannounced. First arrive Clark’s parents and his wife Ellen’s parents, who are very quarrelsome. 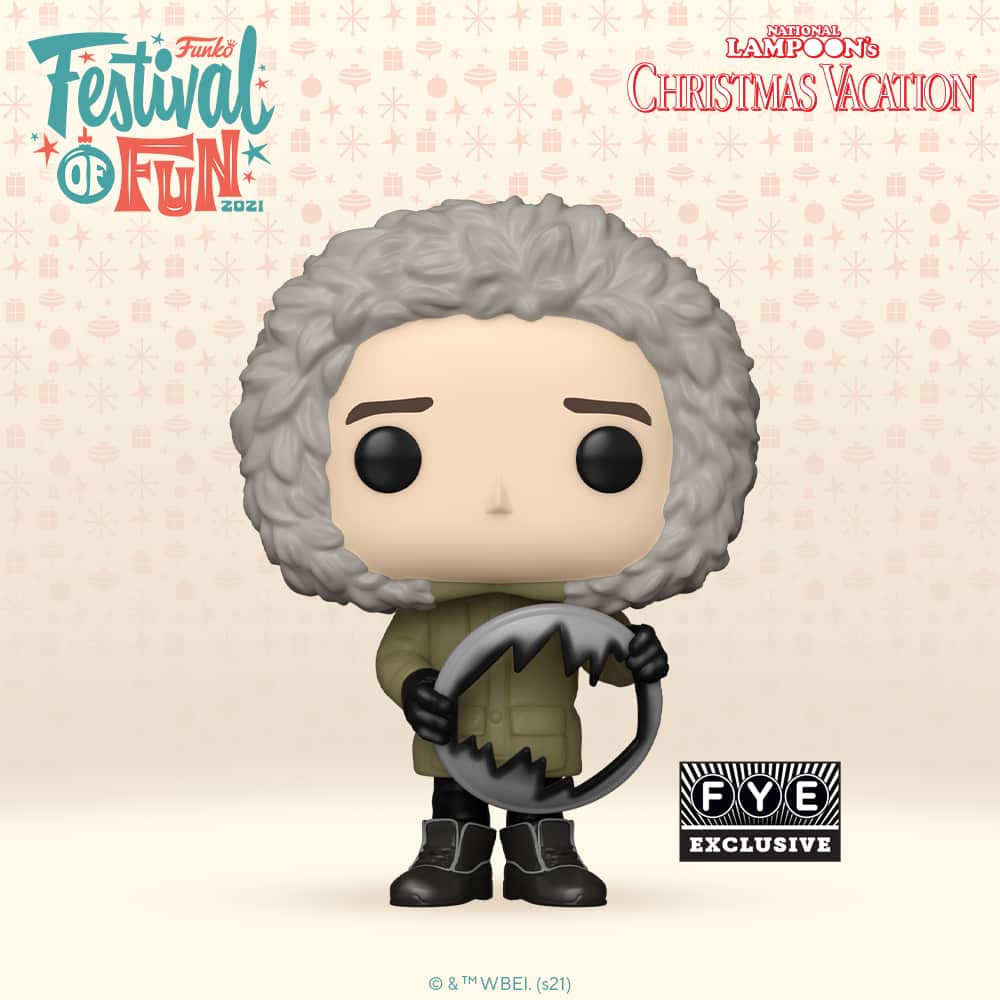 Soon after, Ellen’s cousin Catherine arrives, with her husband Eddie and their two children, Ruby Sue and Rocky. Also coming are Uncle Lewis and docile Aunt Bethany, who have brought the cat made famous by the classic scene where he gets tangled in the Christmas lights.

With expenses rising due to so many people in the house, Clark is worried about his company bonus being canceled by his boss Frank.

Cousin Eddie joined in and went to get his boss Frank by force so that Clark could tell him in person a “few good things.” But Frank’s wife became desperate and called the police, who sent a SWAT team to invade the Griswold residence, a mess fest!

But everything is solved peacefully, and Frank’s boss decides to release the bonus to the employees.