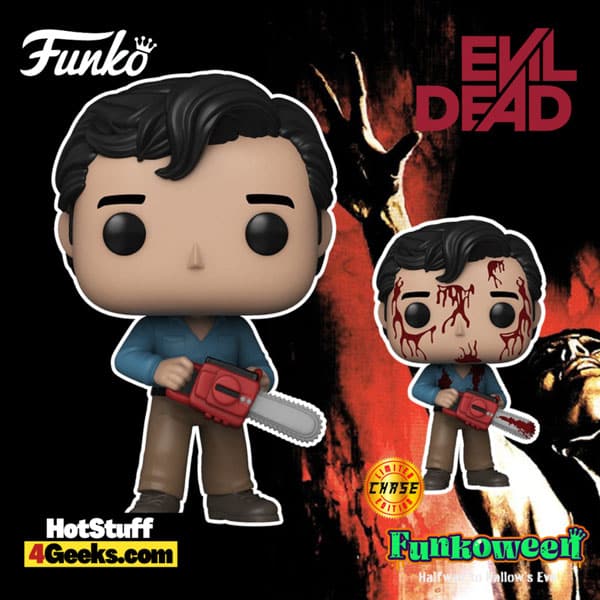 The Evil Dead is probably the most popular horror movie created 40 years ago. An independent and handmade film, the project was made based on camaraderie… and well, it turned out much better than many big productions.

The secret to its success is that we had at the helm a young man who would become a true master of his craft: Sam Raimi. Five young friends, a cabin in the forest, supernatural elements lurking. A simple formula, but one that created a sub-genre and is still influential today.

When a plague threatens mankind, a chainsaw-handed hero, Ash Williams, steps up to save mankind from the Evil Dead! This is a pop not to be missed! With his trusty chainsaw as his right hand, you can bet Ash is ready to take down any Deadite that comes his way. Plus you have a 1 in 6 chance of receiving Ash as a blood-covered Rare Chase!

Evil Dead Ash 40th Anniversary With Bloody Chase Funko Pop! is now available for pre-order at the links below. It’s expected to be released in September 2021. 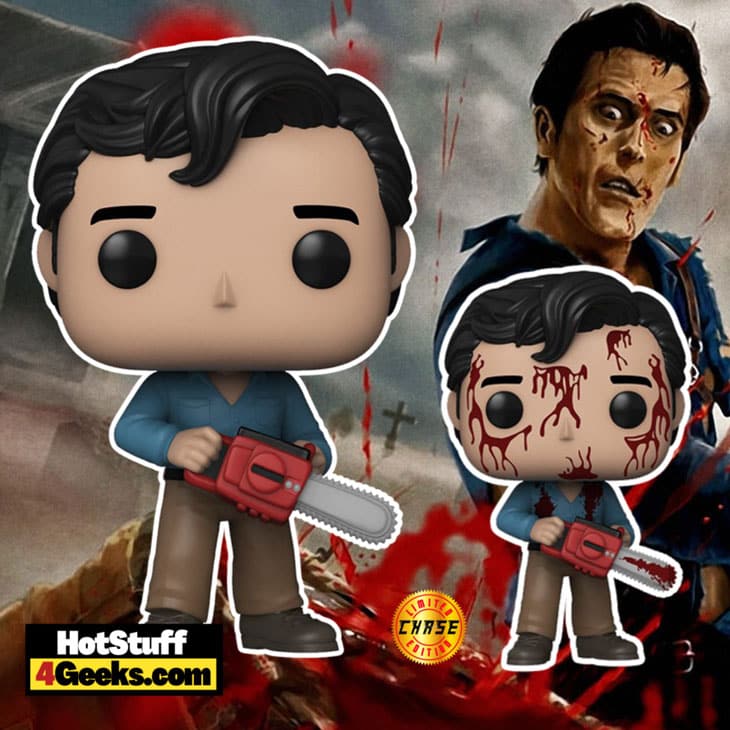 When they arrive, they encounter strange noises, and in the basement, they find an old book and a recording that warns them not to read it, under the danger of awakening demonic spirits.

Ignoring the warning, the friends read the book and trigger a series of unnatural attacks, which will result in demonic possessions of the group members, who soon attack their companions without mercy.

The only way to survive is to kill those who have already been possessed, which is achieved by cutting them off and mutilating them as much as possible. 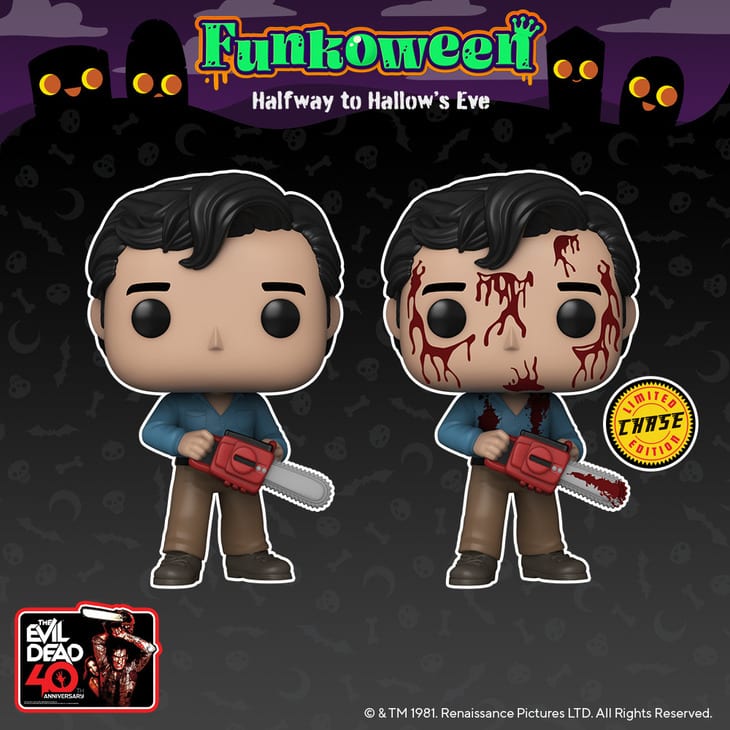