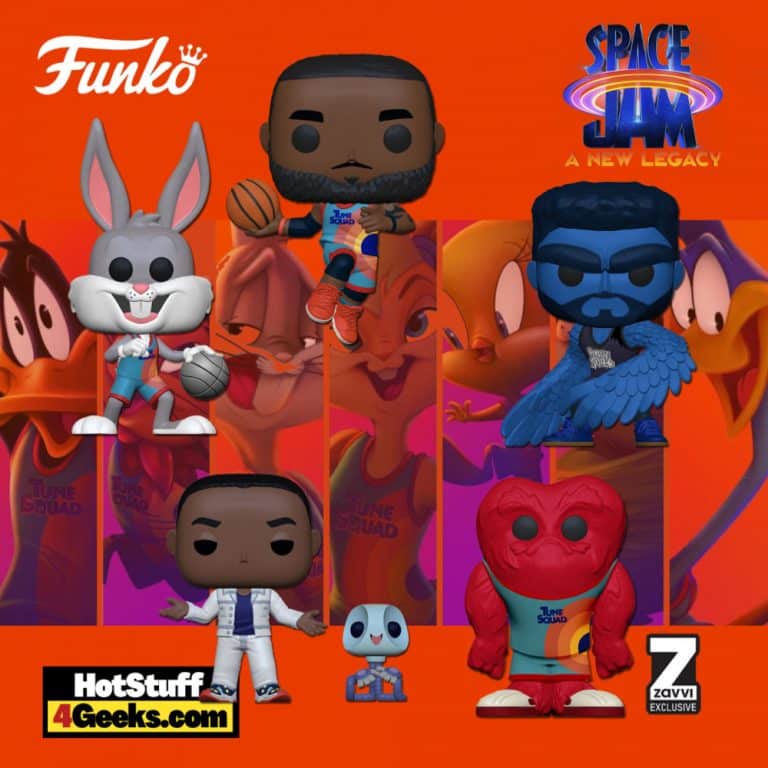 Welcome to the Jam! It’s time to pick your team, hit the court, and save the day with the Space Jam: A New Legacy Funko Pop Collection!

The Looney Tunes are back and have joined forces with Basketball Champion LeBron James on an epic cyberworld adventure in Space Jam: A New Legacy.

The sequel to the 1990s classic that has been promised for years has finally arrived on the silver screen. But with a twist: out goes Michael Jordan, incomes LeBron James, star of the Los Angeles Lakers and winner of four NBA championships.

This transformation journey is a deranged aggregation of two worlds, which reveals just how far some parents try to bond with their children.

And, of course, Funko couldn’t miss the opportunity to present us with another series of Space Jum pops. In addition to LeBron James, the collection features several Looney Tunes characters. Here are the pops available today for pre-order:

If you’re a Space Jam fan and have been eagerly awaiting the sequel, check out these cool pops that will get you closer to the game of the century!

Funko Pop! Movies: Space Jam: A New Legacy – Gossamer, Bunny Dribbling, The Brow, Lebron James Leaping, and AI G and Pete Buddy Funko Pop! Figures are now available for pre-order at the links below (click to jump!) There are expected to be released in November 2021. 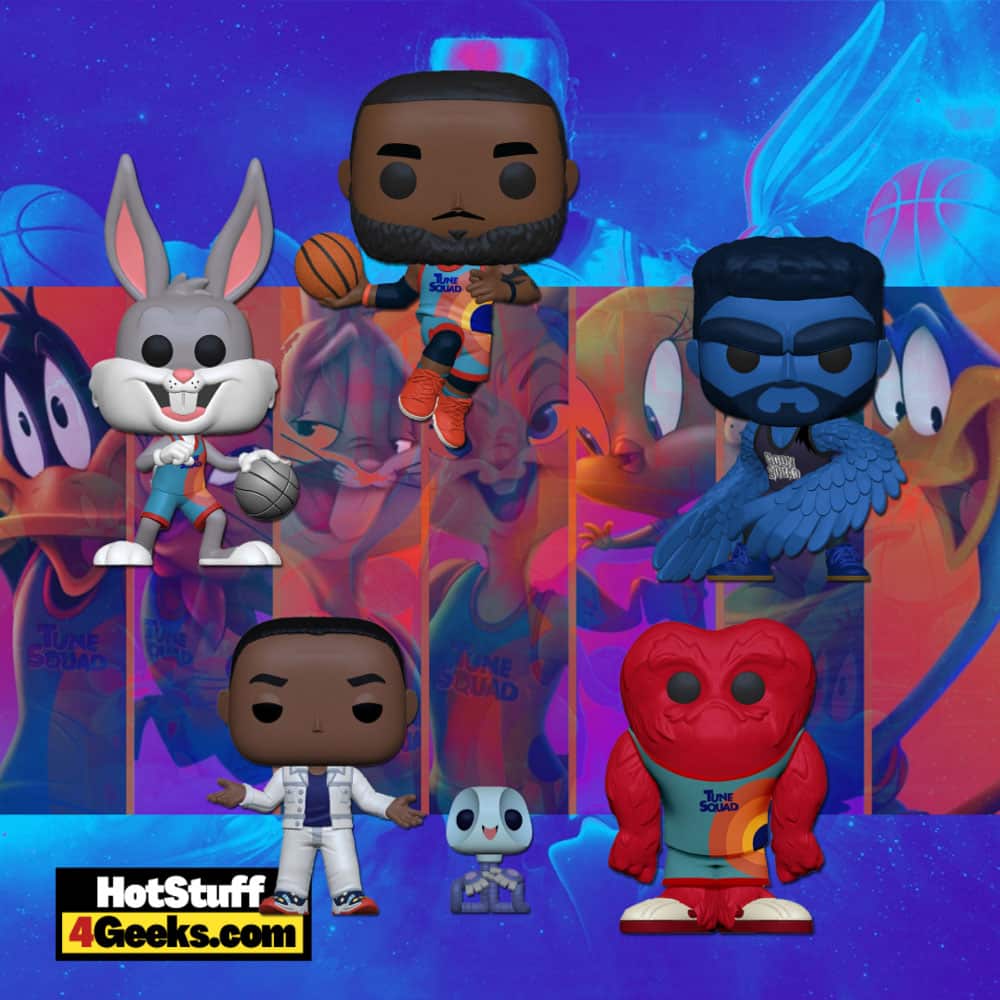 After 25 years of anxiously awaiting a sequel, Space Jam: A New Legacy. Since its first film, starring basketball star Michael Jordan, the film has gained incredible recognition, and all fans have been longing for a sequel.

The mixture of animation and live-action is something to be noted in the franchise. The first film, from 1996, contained this mixture of elements based on the pioneering movie Who Framed Roger Rabbit, directed by Robert Zemeckis and released in 1988. 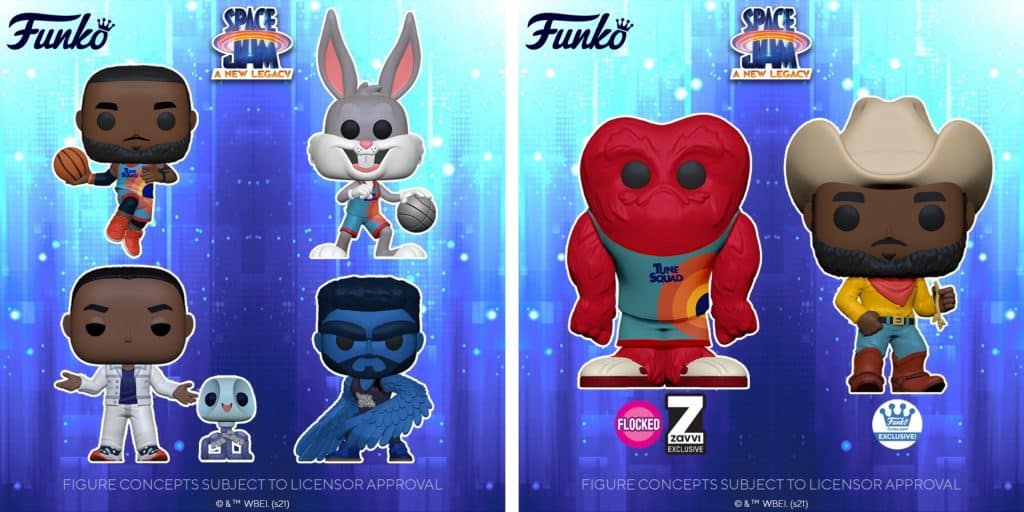 Lebron plays a demanding father who wishes his sons would become basketball legends just like him, hard conditioning training ahead of fun for the kids. But, unfortunately, his middle son, Don James (Cedric Joe), thinks differently.

The teenager is a precocious talent in programming and game development. He even likes basketball but prefers the virtual version of the sport he is working on.

At a Warner Bros. studios business meeting, which Lebron took Dom, father and son are trapped in a digital space by an artificial intelligence named Al-G Rhythm (Don Cheadle).

They are digitized and transported to the WB Serververse, a virtual environment where the company’s characters – ranging from Harry Potter to Game of Thrones, from the DC universe to Scooby-Doo, not forgetting Looney Tunes – live.

Father and son are separated: Dom is seduced by the algorithm to face his father in a basketball match and prove his ability. The intelligence uses data from NBA and WNBA players that the young man has previously collected for his game: Anthony Davis, Damian Lillard, Klay Thompson, Nneka Ogwumike, and Diana Taurasi.

Monstrous versions of these athletes are formed for the team called Goon Squad. In addition, Dom himself, with turbocharged talents, joins the team. Vain, Al-G Rhythm forces this showdown against LeBron simply to launch himself into the world and be known.

Meanwhile, LeBron ends up in the Looney Tunes world. Here, he turns to animation for part of the film, integrating himself into the physical comedy that Jordan embraced in the 1990s movie. The place is inhabited only by Bugs.

The other characters have scattered from there, going to live in other Warner attractions. So the rabbit and the NBA star set off through the Serververse to recruit the old gang for a new game.

The Looney Tunes crossover scenes with other film and TV productions are priceless, one of the movie’s best moments. Finally, besides winning the game to get out of there, LeBron hopes to rebuild his relationship with his son.