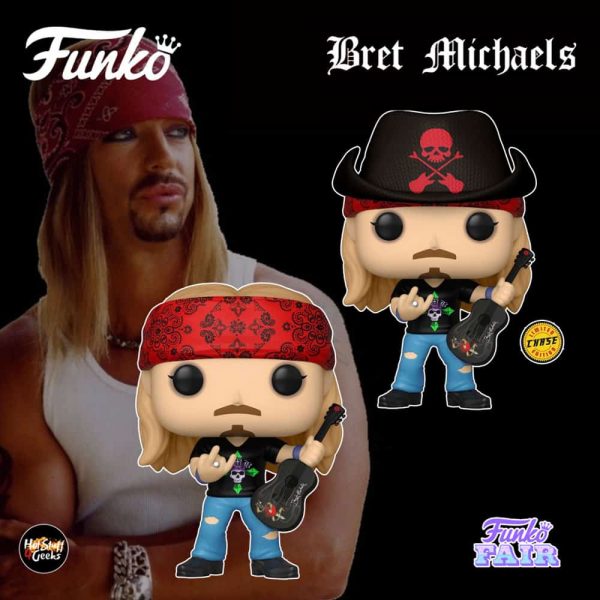 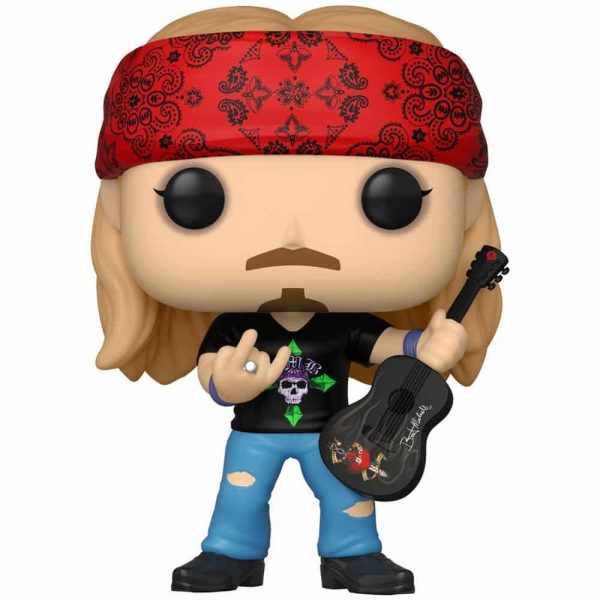 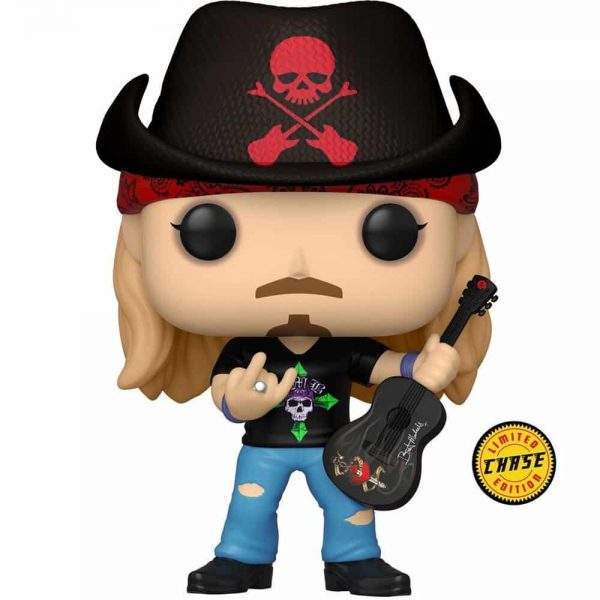 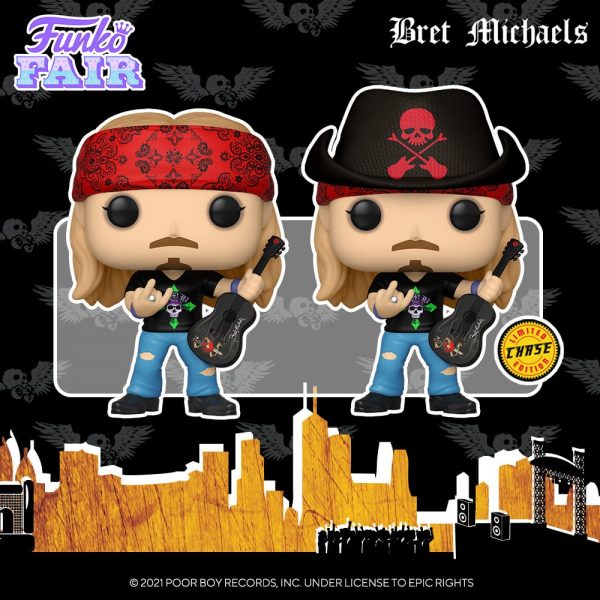 Brought to fame for his role as frontman for the chart-topping, iconic rock band Poison, who have blessed the world of rock with classics such as Every Rose Has Its Thorn, Bret has become a rock icon with multiple solo studio albums to prove it!

As if your Bret Michaels Funko Pop! drop wasn’t enough, this legend also comes with a 1 in 6 chance of bagging a chase variant – Bret Michaels with his signature cowboy hat could be yours… if you’re lucky!

This Funko Pop! Rocks: Bret Michaels With Chase Variant Funko Pop! Vinyl Figure is scheduled to be released in April 2021 and is now available for pre-order in the links below. 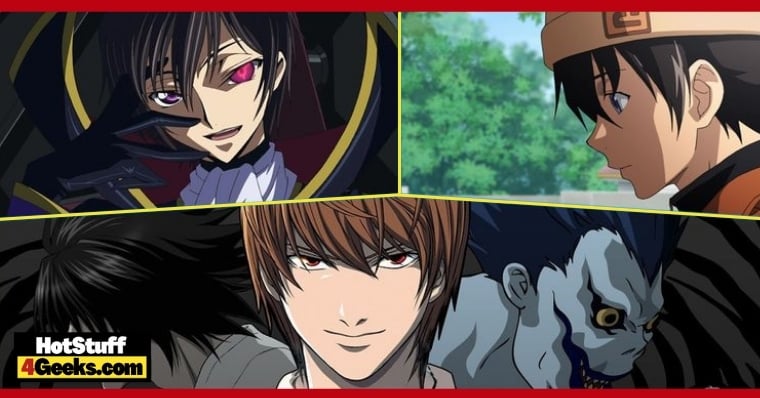 Released in 2006 and based on the manga of the same name written by Tsugumi Ohba, Death Note became a very successful anime, winning over even those who were not fans of more philosophical and plot-driven productions. Unlike other anime that are very successful, battles and powers were not the center of the story, although it dealt with the supernatural, which pleased those who gave the anime a chance.

But if you are an anime orphan and want to see others like Death Note, either because their plots involve mind games or philosophical issues, we have prepared this list with 10 anime similar to the series. 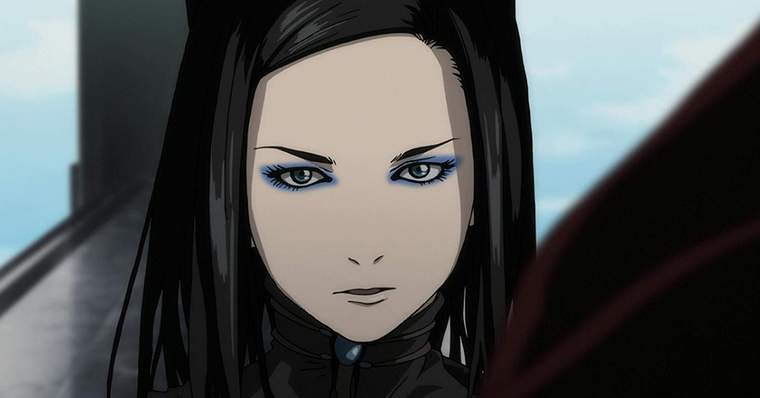 Re-L Mayer, an inspector, starts investigating the case but soon discovers that things are much more complicated than they seem since a humanoid species called “Proxy” seems to be involved.

The anime does not have the tension seen in Death Note, between L and Light. Still, it does have an atmosphere full of mystery, which becomes tenser and tenser as the protagonist discovers more about the dark conspiracy that threatens her society. Also, the story shows several philosophical questions that Death Note fans will surely appreciate. 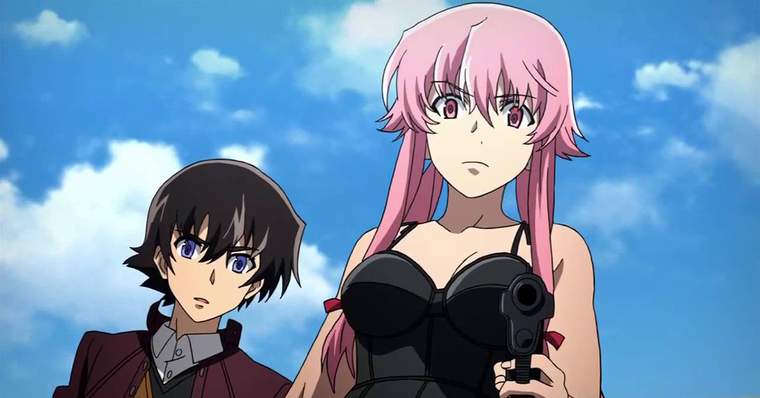 Although it has some interesting aspects for Death Note fans, Mirai Nikki is an anime that features a lot of violence, among other things that can make it seem less attractive.

Still, Mirai Nikki also has its similarities with Ohba’s work, the main one being that this is also an anime full of mind games where the characters need to be smart enough to survive.

The plot revolves around a dangerous survival game played by Deus Ex Machina, the entity that rules time and space. 12 participants are selected, each with a diary with different abilities, through which they have information that can help them survive. 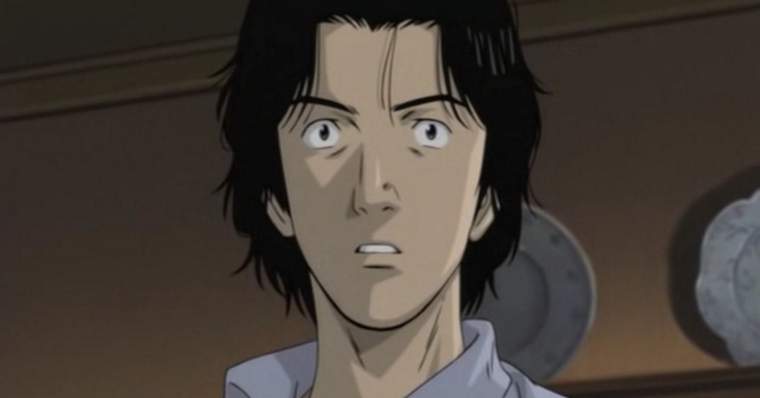 An anime that cannot be missing from any Death Note fan’s list. Monster has been a highly praised work for being complex, beautiful, and containing a sophisticated plot. The result is sometimes disturbing but always intelligent in addressing very pertinent philosophical issues.

Based on the same name’s manga, written and illustrated by Naoki Urasawa, the anime is a very faithful adaptation, both in narrative and art.

The premise of the story already makes clear the potential of the plot: the protagonist is Kenzo Tenma, a Japanese surgeon living in Germany when his life is turned upside down after he becomes involved with Johan Liebert, one of his former patients, who turns out to be a dangerous serial killer. 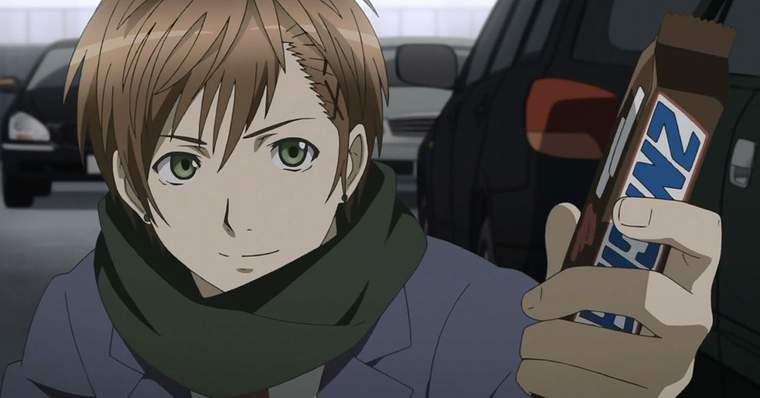 Zetsuen no Tempest is a production based on two works by Shakespeare: Hamlet and The Tempest. As in these plays, family and revenge are prominent themes in the anime’s story, with several references to dialogues and scenes from these famous classic works.

In the story, Mahiro Fuwa is a teenager who lost his family in a mysterious murder that occurred a year before the story begins. While he wishes to discover the truth, his best friend, Yoshino Takigawa, the protagonist’s sister’s boyfriend, simply wants to keep things running smoothly.

Eventually, however, Hakaze Kusaribe enters the story: having been betrayed by her clan, she needs the help of Mahiro, who agrees to help her if she will help him discover the truth about his family’s murder. Yoshino joins their quest, and they become involved in a search that could end the world.

Like Death Note, the story of Zetsuen no Tempest involves reflection, featuring intelligent characters who fight mental battles. The anime also presents some philosophical issues, mainly regarding what is right and wrong, something Death Note fans should appreciate. 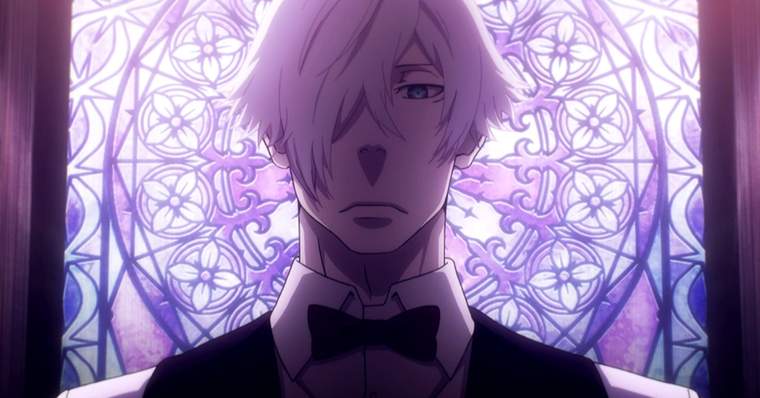 Death Parade was created and directed by Yuzuru Tachikawa. Unlike most anime, it is not based on manga but derived from a film made as a training project for young animators called Death Billiards.

The plot revolves around the concept that people are sent to bars after death, where they are judged by referees, who are none other than bartenders. They can be sent on two paths: one where they will meet a permanent end, in a void they can never leave, and another when they can be reincarnated. The protagonist of the series is one of the bartenders named Decim. He runs the death games, through which those who have died are judged.

Death Parade does not resemble Death Note regarding complex, tension-filled mental battles, but it does ponder several issues, especially regarding judgment and death. On a fun note, although not directly related to the reasons to watch the anime, it also features a little Death Note easter egg. 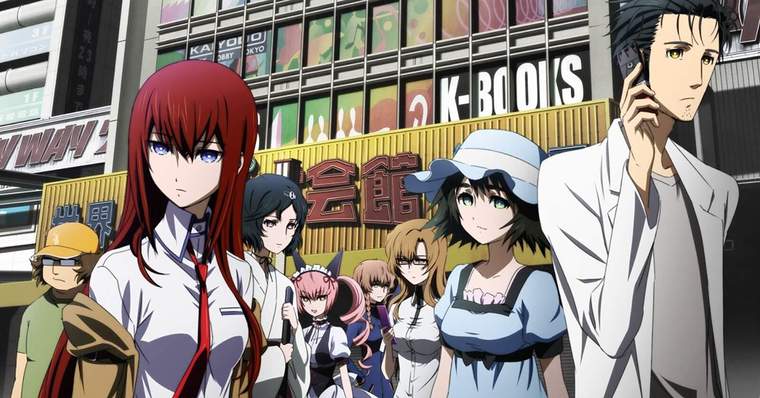 Both Steins;Gate and Death Note star brilliant individuals who wish to change the world through unnatural tools: Light with Death Note himself and Okabe through time travel.

Based on a Visual Novel, Steins;Gate was written by Jukki Hanada and tells the story of a group of young people who discover a way to change the present through text messages sent to the past.

The anime starts a bit slow but becomes an exciting thriller, with plenty of cliffhangers, which raises questions about individuals having control over fundamental elements, in this case, time itself and containing mysteries and requiring a bit of reflection the audience at certain moments. 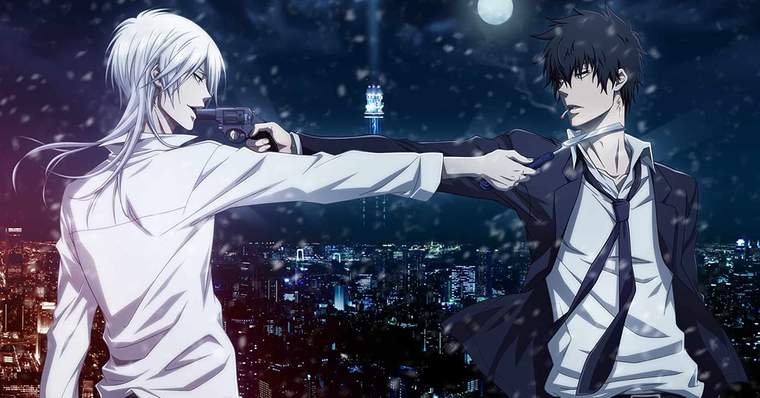 Psycho-Pass is set in Japan in a cyberpunk future where those responsible for public safety have become authoritarian to the extreme, scanning people’s minds to prevent crimes from happening.

The dystopian setting has diverse and intelligent characters that bring the anime to life, raising questions about the law, crime, corruption, judgment, and the state of the world and society.

Although it has a greater emphasis on action than Death Note, the anime has a well-constructed story with many exciting twists and turns. 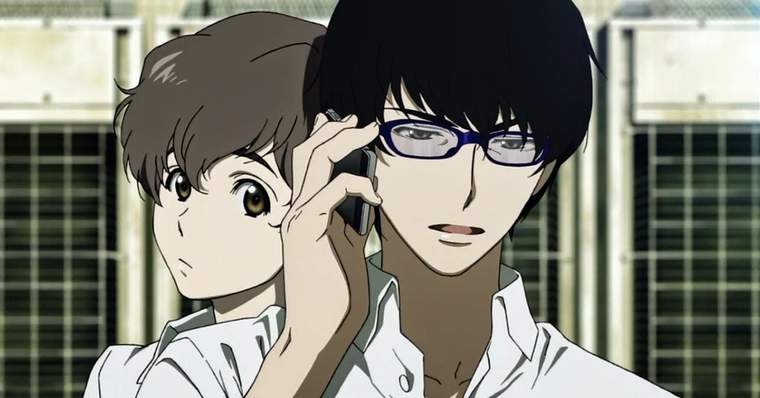 Zankyou no Terror was created by Shinichirō Watanabe and is set in an alternate present where two boys, named Nine and Twelve, steal a bomb’s prototype in an apparent terrorist attack. The two take on the codename Sphinx and threaten to attack Tokyo’s city unless a riddle is correctly solved.

In reality, the pair have escaped from an Academy experimenting on children who have Savant Syndrome, aiming to turn them into weapons. Their real goal is to expose the terrible things the organization does.

Besides having brilliant protagonists, the cat-and-mouse game between the pair and the police is also reminiscent of Death Note. The tone of both series and the lack of clear lines between one side being good and the other bad certainly make the two animes even more similar. 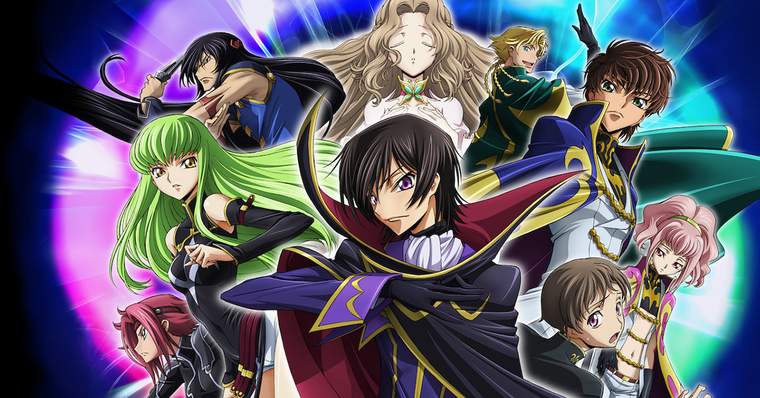 Code Geass follows the story of exiled prince Lelouch vi Britannia, who gains a supernatural power called Geass from a mysterious woman known only as C.C.. With this “power of absolute obedience,” he leads a rebellion against the Holy British Empire’s rule, commanding a series of battles.

At first, this description may not sound very interesting to those looking for anime similar to Death Note, but that’s just the premise, and Code Geass goes much further.

Besides having a brilliant character who wants to change the world, the series is very well written and is set in a creatively constructed dystopia. The story also has many surprises and raises questions about morality and mixing suspense, action, and mind games. No wonder Code Geass is considered an excellent anime to this day. 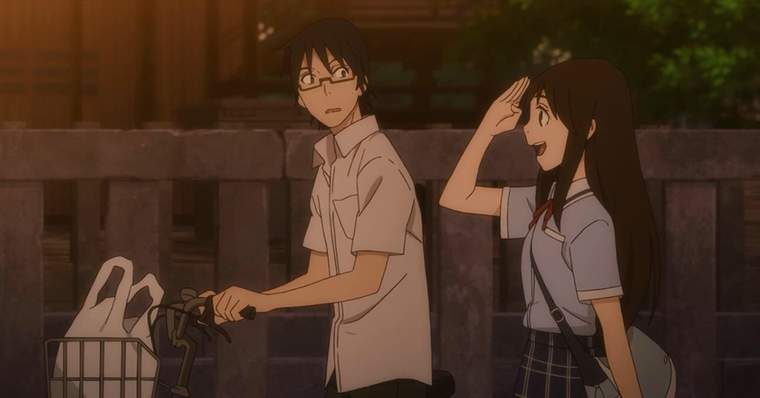 ERASED is an anime based on the manga written and illustrated by Kei Sanbe, which also tells the story of Satoru Fujinuma, a young man who possesses an ability called “Revival.” He can travel back in time before a life-threatening incident, which allows him to change what happens and save people.

Accidentally, Satoru travels back in time to 18 years in the past, but this enables him to save his mother and three of his childhood friends. Being able to alter or prevent this type of incident, he becomes involved in the plans of a psychopath.

Like Death Note, the plot has a detective story tone, in which it is necessary to find the culprit and prove his guilt. Both are suspenseful works and also deal with common themes, such as death. Despite the fantastical premise, the anime has a very realistic plot and deals with several important themes.