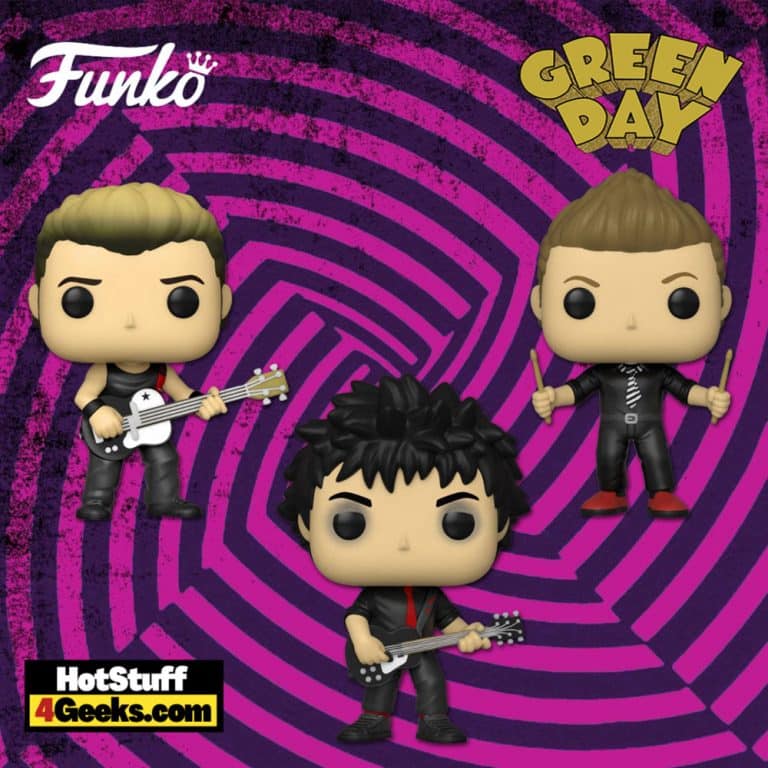 Formed in the East Bay of California in 1987, it’s time for the iconic Green Day to join our Funko Pop! Rocks collection! The first drop of the Popapalooza event is here, and what an amazing drop this is!

Considered to be the pioneers of a movement that revived the punk movement, Green Day quickly went from garage band status to worldwide acclaim.

The band, consisting of Billie Joe Armstrong (guitar and vocals), Mike Dirnt (bass), and Al Sobrante (drums), was formed in late 1989 in the East Bay, California, and it’s considered one of today’s most famous alternative rock bands.

Green Day Funko Pops are now available for pre-order at the links below (click to jump!) They’re expected to be released in August 2021. 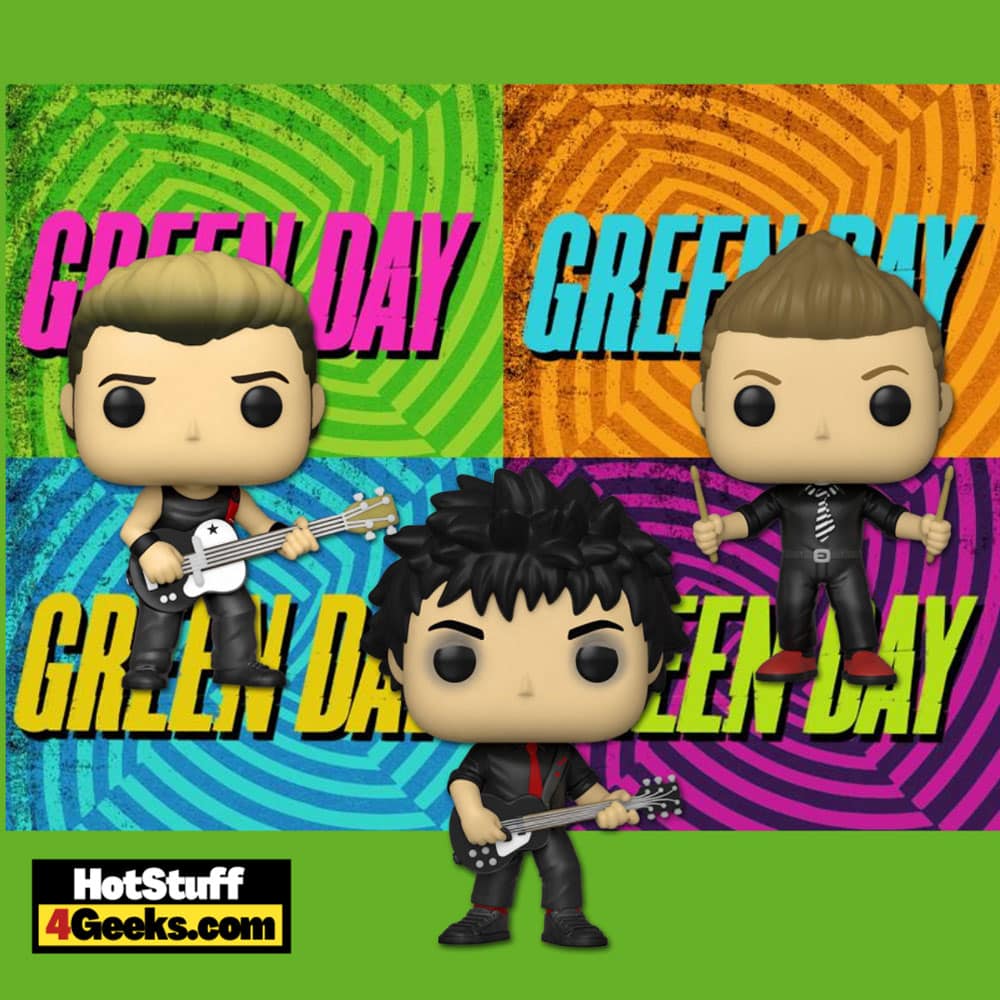 Billie Joe Armstrong chooses ‘Jesus of Suburbia’ from the 2004 album “American Idiot” as the best Green Day song. The American musician was asked by Vulture magazine about his band’s songs, and some of the answers may surprise longtime fans.

“It’s so epic,” the Green Day lead singer began by saying about ‘Jesus of Suburbia,’ “it reflects on so much in my life, my friendships, and my family, and at the same time, it’s extravagant and big and bombastic. It was one of those moments when I felt like I wanted to take a big risk.”

Armstrong confesses that ’21 Guns’ from “21st Century Breakdown” (2019) was the hardest song to write because “it came at a time when I was feeling pretty down,” singles out ‘Basket Case’ from “Dookie” (1994) as an “unexpected hit” and ‘She’ as the best song from that same album.

“Kerplunk,” from 1991, is the musician’s favorite album from Green Day’s entire discography. “It’s kind of autobiographical,” he explains, “we wrote that record when I was 18 or 19, and it was in a time before punk became mainstream. It’s a coming-of-age record, in a way. A song like ‘Welcome to Paradise’ wasn’t just about teenage heartbreak. It was much more about life slapping you in the face.”