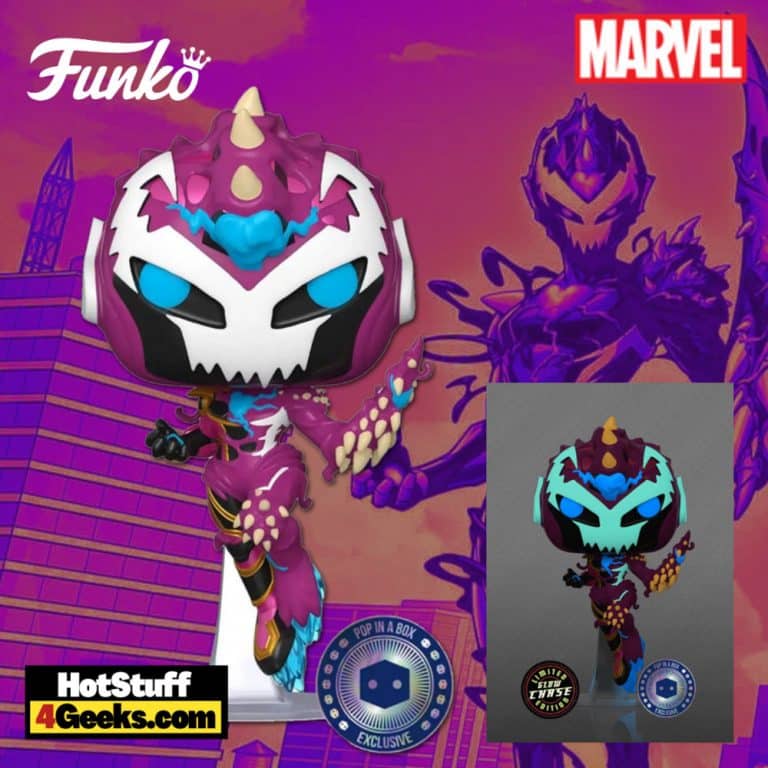 Pop-In-a-Box is celebrating its 7th birthday and just revealed its first exclusive of the month: the Venomized Ironheart Funko Pop! who also receives a glow-in-the-dark chase variant!

In the comics, Riri Williams is a teenager living with her mother and aunt in Chicago after her father’s death. When the future heroine was 15 and studying robotics at MIT, she discovered a way to build robotic armor similar to Iron Man.

Williams made an appearance in the Disney channel show Marvel’s Spider-Man Animated Series. She helps Peter Parker in his battle against the symbiotes, which are trying to invade Earth. Along with other Avengers, Ironheart is infected by a symbiote. As a result, she loses control over her own mind and body, transforming her into Venomized Ironheart. 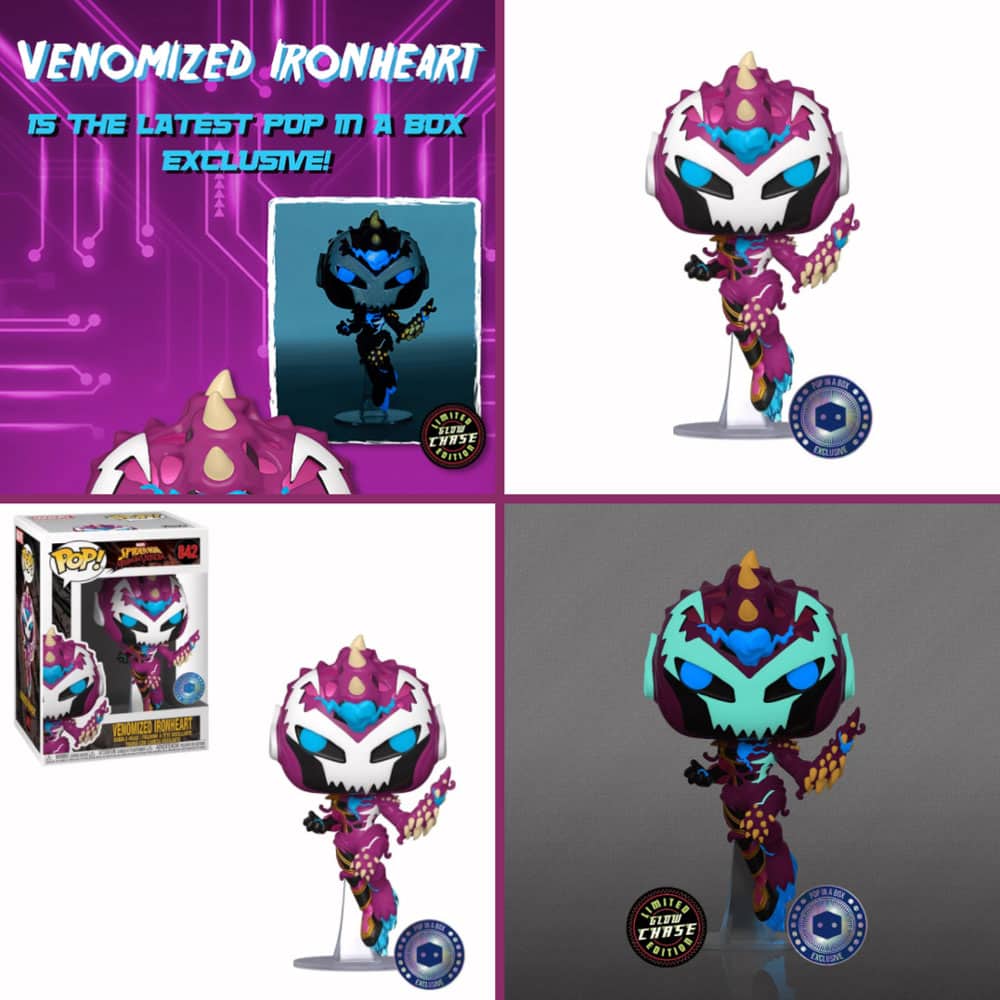 During the Disney Investor Day, which took place last December, Marvel Studios president, Kevin Feige, surprised everyone with the amount of news announced for the coming years. Among the studio’s upcoming projects is the series “Ironheart,” which will feature Riri Williams, played by actress Dominique Thorne.

The “Ironheart” series has the mission of filling the gap that Tony Stark left in the Marvel Cinematic Universe after his death. Dominique Thorne is an avowed Marvel fan and knows well her character’s role in the MCU.

Riri Williams, Ironheart’s true identity, is the daughter of Sharon Williams and Riri Williams Sr. just after her father’s untimely death. Her immense intellect would be notable at an early age. However, it would combine with her introverted nature to make her something of a recluse, especially avoiding human interaction to work on inventions that would help the superheroes do their jobs.

Riri’s life would again be touched by tragedy when her stepfather and sister were injured as collateral damage, which proved to be the catalyst for Williams’ decision to make a super-suit of his own, reverse-engineered from Iron Man technology.

With this, she started going after some of the bad guys in the city. Later, she received the support of Tony Stark as a superheroine and later received the nickname Ironheart.