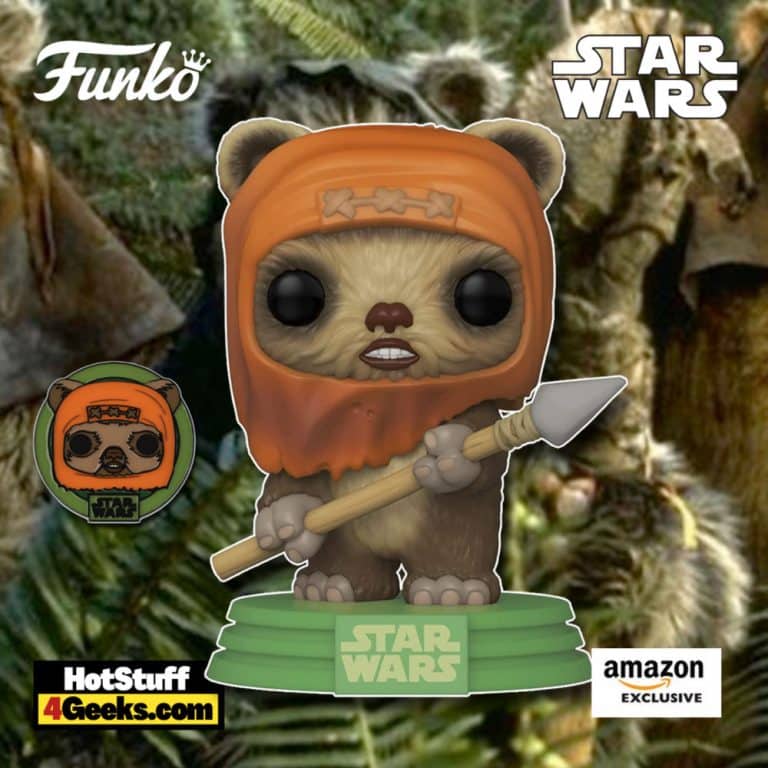 Wicket W. Warrick was a loyal, curious and adventurous young Ewok scout when he first encountered Princess Leia Organa in the forests of the moon of Endor.

The lone Ewok encountered an off-planet stranger who had been knocked unconscious after a motorcycle-jet accident.

He carefully approached the stranger, and the daring explorer was surprised to find that the creature was not only alive but friendly.

This friendship would lead to an alliance that would defeat the Empire.

An elite army of technologically advanced Stormtroopers attempted to guard a shield generator station against a band of furry teddy bear creatures named Ewoks, who use sticks and rocks as weapons.

What happened? Those little critters defeat the greatest military force that the world has ever known!

It’s time to put some kind of anti-Empire emergency plan in place. You know, for that slim chance that a legion of Stormtroopers shows up on your doorstep looking for a fight!

Endor Wicket W. Warrick With Pin Funko Pop! from Star Wars: Return of The Jedi is an Amazon Exclusive and is now available for pre-order at the links below (click to jump! 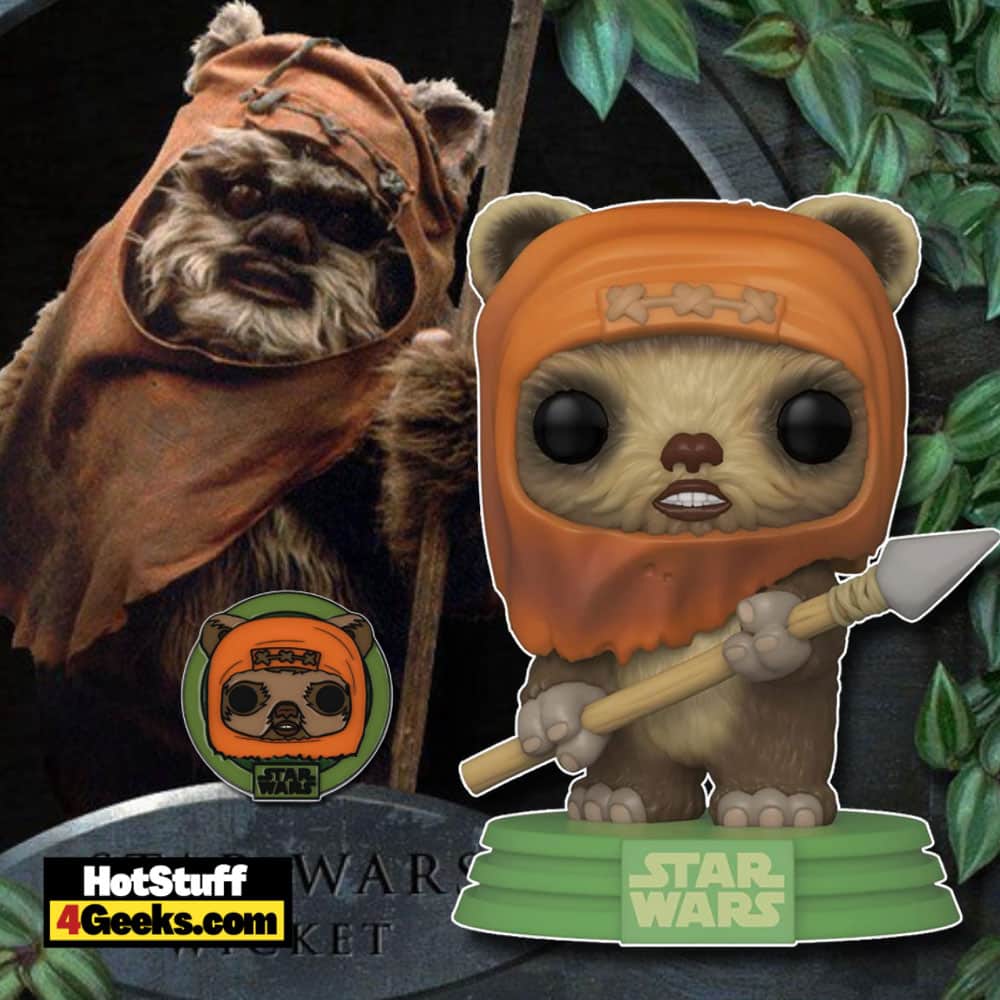 The Ewoks didn’t take long to pledge allegiance to the Rebel Alliance and help the rebels fight against the Empire.

Had it not been for the Ewoks, the rebels would not have been able to infiltrate and destroy the generator, thanks to which the Alliance fleet was able to enter the superstructure of the second Death Star and destroy the station.

After winning the Battle of Endor, Chief Chirpa promoted Wicket to “Chief Warrior” in a ceremony to which Princess Leia was invited. 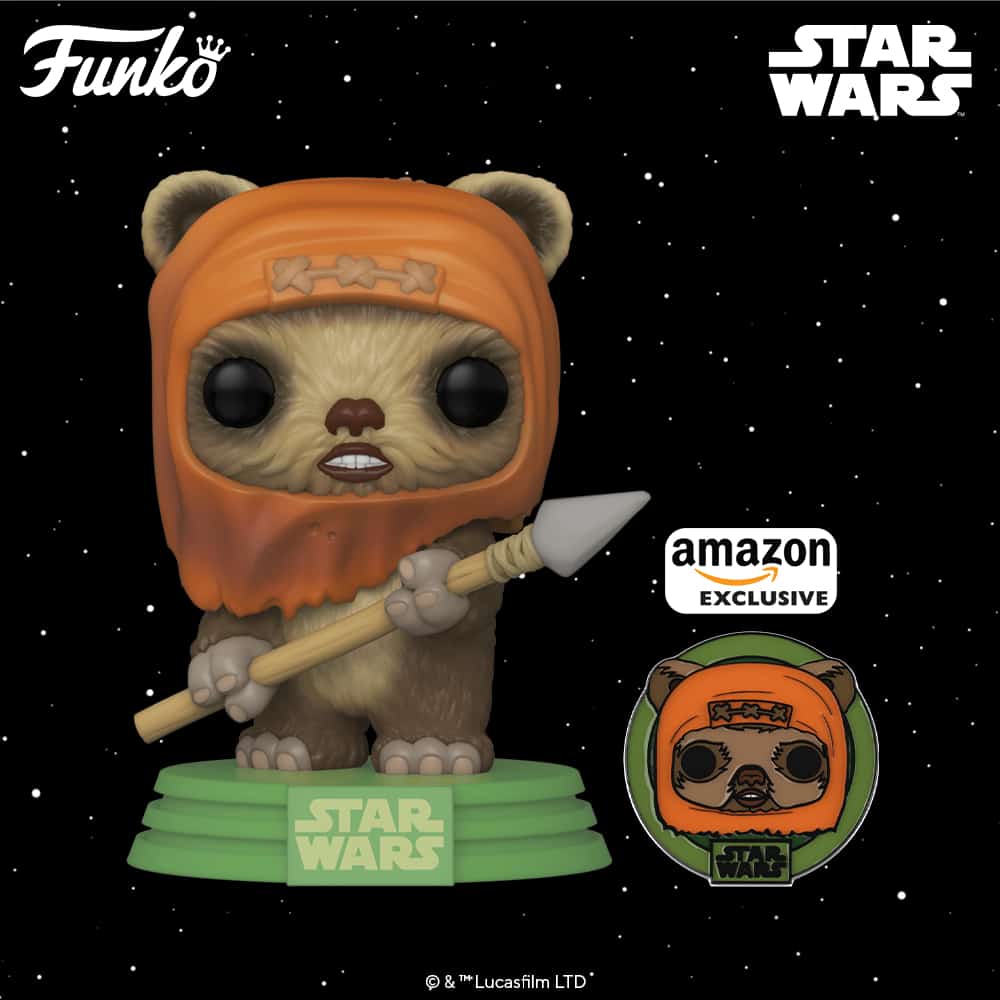 Three days after the Battle of Endor, Wicket was busy building a house in the razed Imperial bunker.

His new home, which he made with the help of his friends, contained an elaborate fireplace fashioned from the head of an AT-ST.

In addition, wicket received many gifts and marriage proposals from Ewok females after the Battle of Endor.

He would later marry his childhood sweetheart Kneesaa, both ruling the Bright Tree Village.