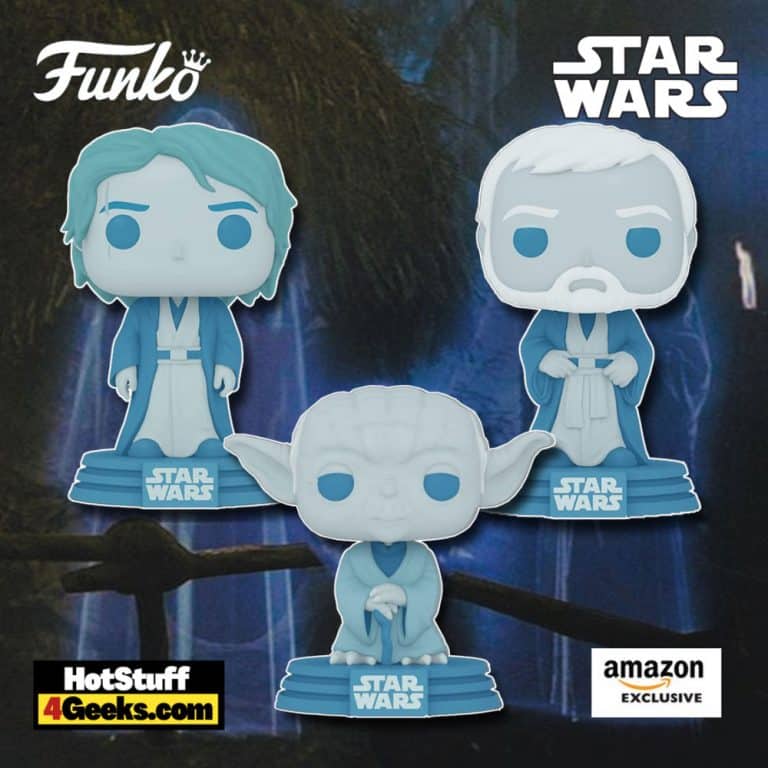 At the end of Star Wars: Episode VI – Return of the Jedi, which concludes the original trilogy, an iconic scene is shown where Anakin Skywalker, Yoda, and Obi-Wan Kenobi appear as Force ghosts while celebrating the destruction of the second Death Star on Endor.

In Star Wars cosmic mythology, the ability to exist after death as a Force Ghost is one of the rarest and most powerful abilities a Force wielder can master.

Star Wars 3-pack of Force Ghost Anakin, Yoda, and Obi-Wan Kenobi! Translucent GITD Funko Pops from Star Wars: Return of The Jedi is available now  for pre-order at the links below (click to jump!) 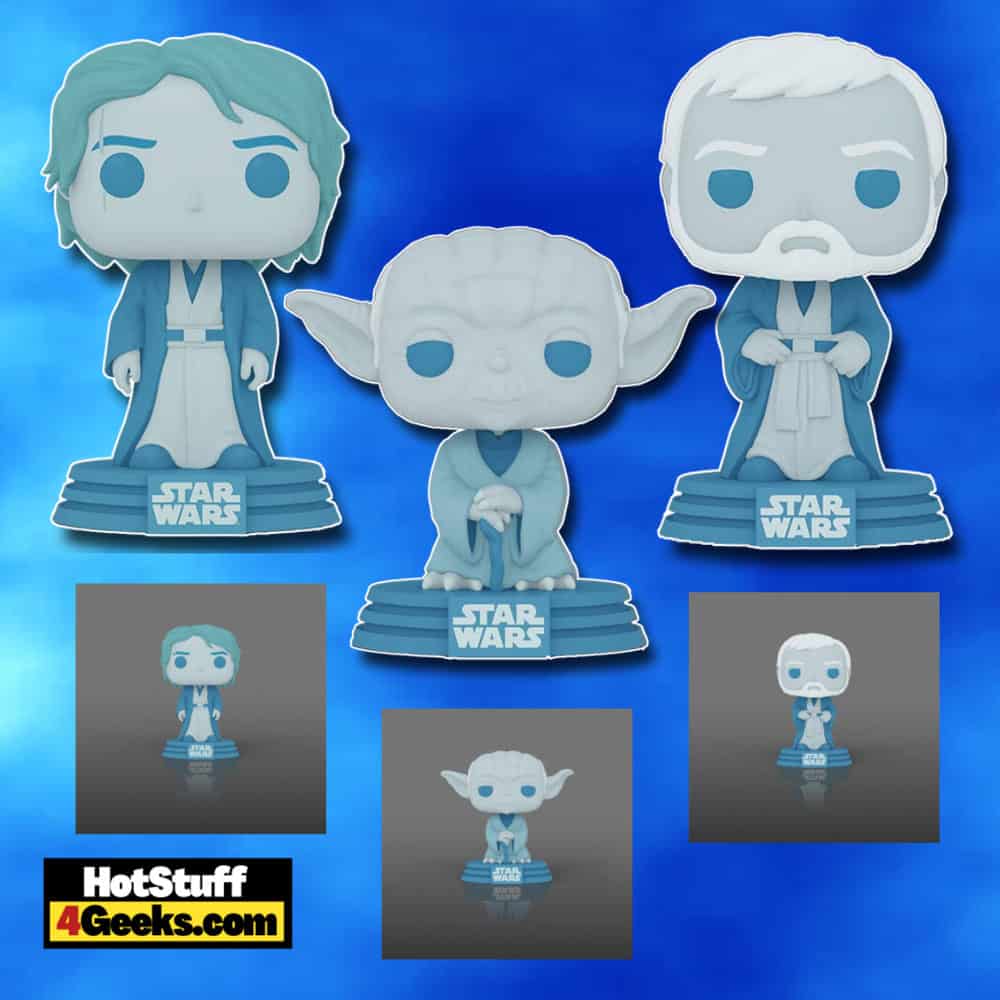 The Star Wars saga has always featured the ghosts of the force, but they seem to have a greater purpose than just giving good advice.

In Star Wars: A New Hope (1977), we saw Darth Vader kill his former Master Obi-Wan Kenobi. But the wise Jedi warned him: “If you defeat me, I will become more powerful than you can imagine.”

By these words, he meant that he had learned a power over the years to transcend death so that he could continue to guide Luke Skywalker. 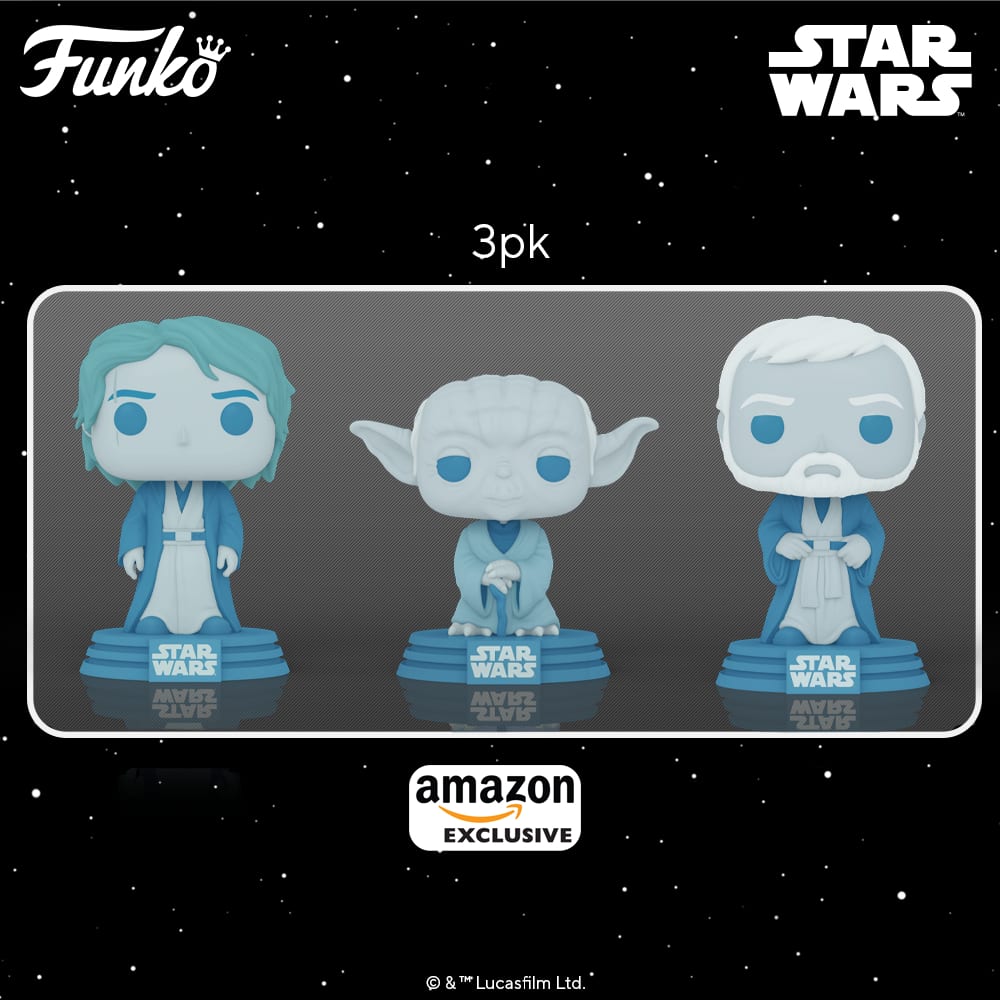 The Star Wars novel Thrawn Ascendancy: Greater Good by Timothy Zahn reveals the true purpose of the Force Ghosts. The story is set in the Unknown Regions and features a mysterious race who are clearly Force-sensitive.

Civil war devastated their homeworld, and only a handful of them managed to escape the resulting genocide, seeking refuge among other peoples in the Unknown Regions.

They are ruled by a woman named Magys, who believes that the best way to help her world heal is to lead her people to commit suicide so that they can become one with “the afterlife.”

Her great purpose is to achieve balance in the Force without having to worry about life or death. Something similar to what the Jedi who passed away do and who can intervene in the most important moments of Star Wars history.

This is how Dave Filoni explained it recently.

“Ultimately, the Force is an ability that can be used selflessly or selfishly and how one chooses to wield it determines whether you stand on the dark side or light.

The Force naturally exists in balance; that balance is thrown out when someone chooses to give in to their fears and then spirals out of control making selfish choice after selfish choice. Fear leads to anger, anger leads to hate, hate leads to suffering.”

The act of genocide that has been committed on the homeworld of this mysterious race in the Star Wars novel has tainted it with the dark side of the Force, and the survivors believe their best role would be to become one with the Force and heal it from beyond.