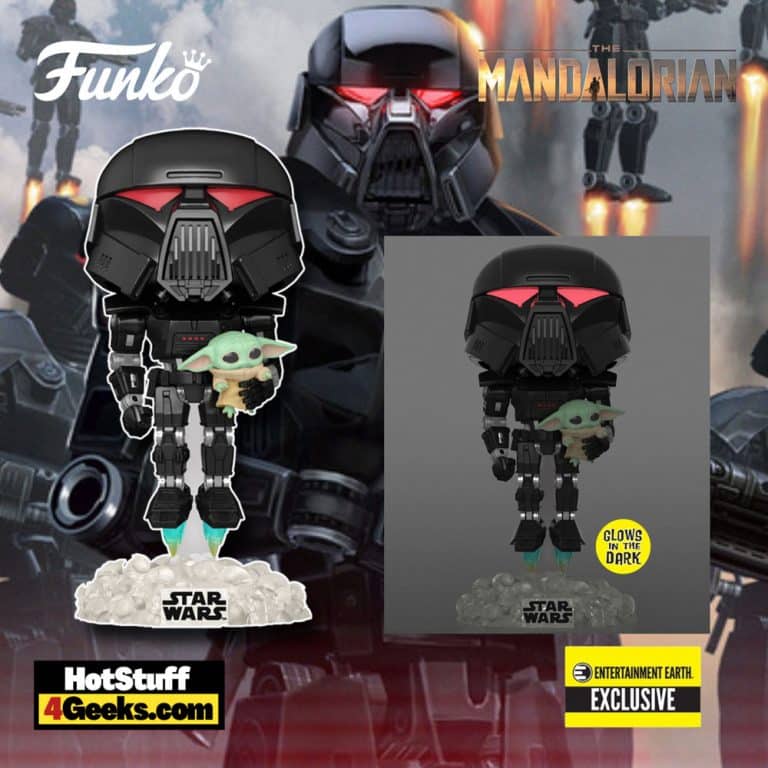 In Episode 14 of The Mandalorian series, Moff Gideon, the evil head of the Imperial forces, sent a Dark Trooper squadron to the planet Tython to accomplish a particular mission.

These menacing black droids with red eyes first appeared in Episode 12, but only in later episodes did we get to see them in action.

However, these robots that seem somehow driven by the dark side of the Force are not new to the Star Wars universe. These Dark Troopers first appeared in the 1990s in Star Wars: Dark Forces Game initially released in 1995 as a first-person action game.

The Entertainment Earth Exclusive, Dark Trooper with Grogu Funko Pop! is now available for pre-order at the links below (click to jump!) 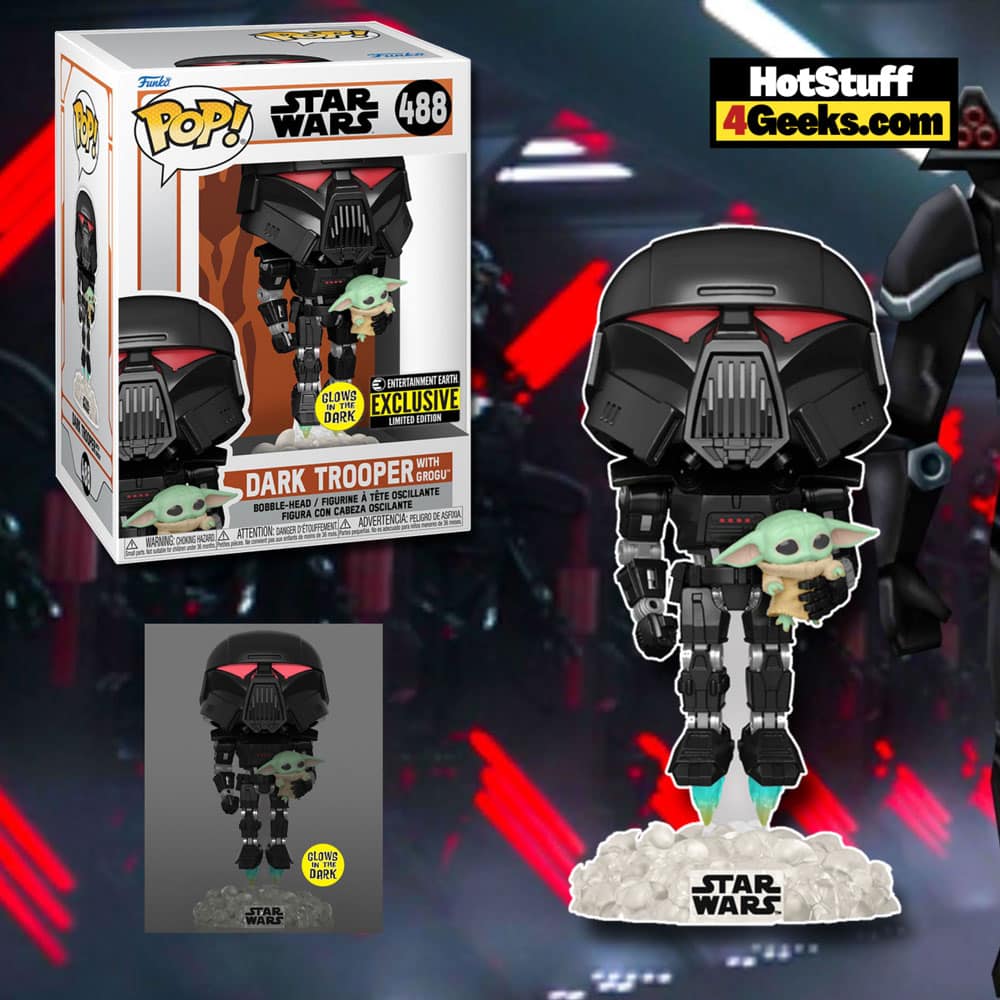 Despite many incredible moments throughout the Skywalker Saga films, there’s one from the first live-action Star Wars television series that might eclipse them all.

In The Mandalorian season 2, new fan-favorite characters Din Djarin and little Grogu (affectionately known to fans as Baby Yoda) are trapped on the bridge of an Imperial cruiser as a battalion of heavily armed and armored droids called Dark Troopers comes to kill them. 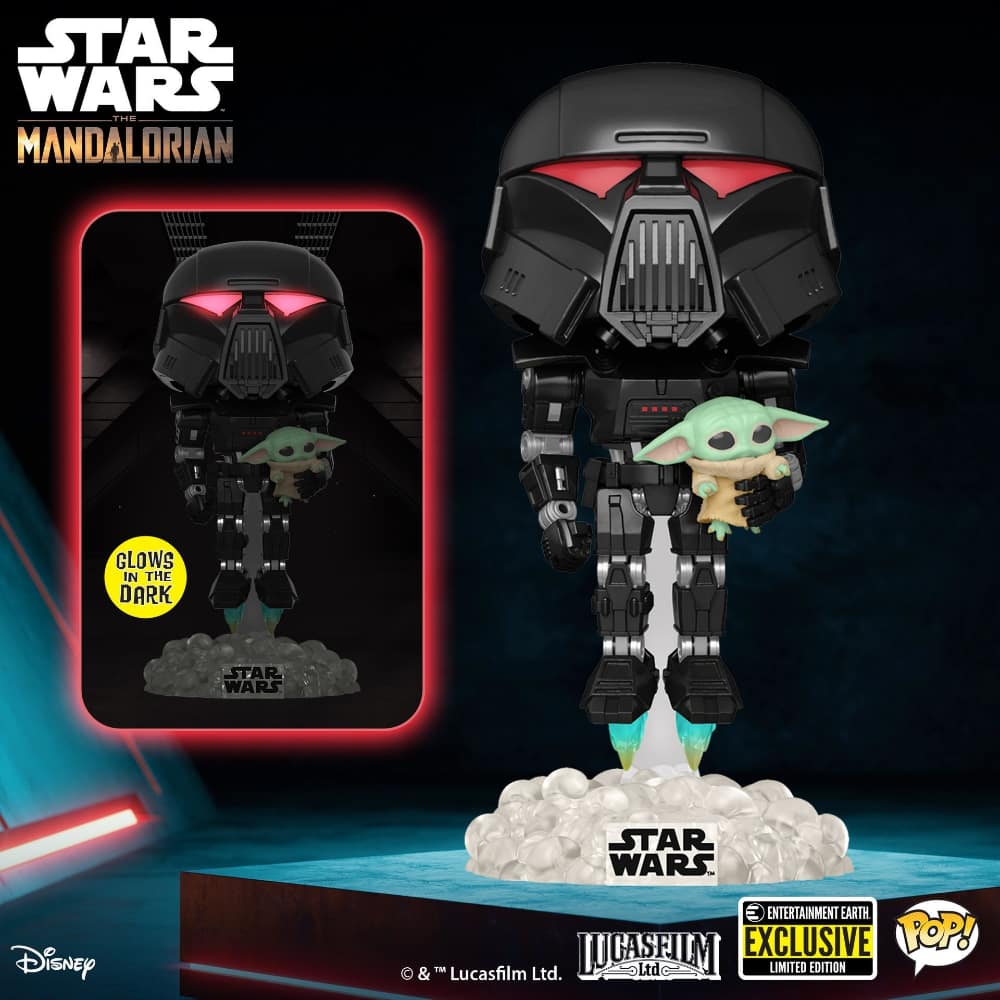 The Entertainment Earth Exclusive, Dark Trooper with Grogu Funko Pop! is now available for pre-order at the links below (click to jump!)

Mando had barely managed to defeat one of the battle droids at the beginning of the episode, so there was no way he could survive against dozens more, even with Bo-Katan Kryze, Cara Dune Fennec Shand, and a third Mandalorian on his side.

However, as the team prepares to make their last stand, a single X-Wing dock in the ship’s hangar bay, and a person dressed in black emerges from the ship as a quiet but powerful piece of music begins to play.

Mando and the others watch from the bridge screens as the figure ignites a lightsaber and destroys each Dark Trooper on his way to the bridge. When he arrives, he pulls down his hood and reveals himself.

It’s Luke Skywalker, wielding his green lightsaber and wearing the Jedi suit from Return of the Jedi. At last, the version of Luke that everyone had wanted to see for decades finally appeared on screen, and it was glorious.