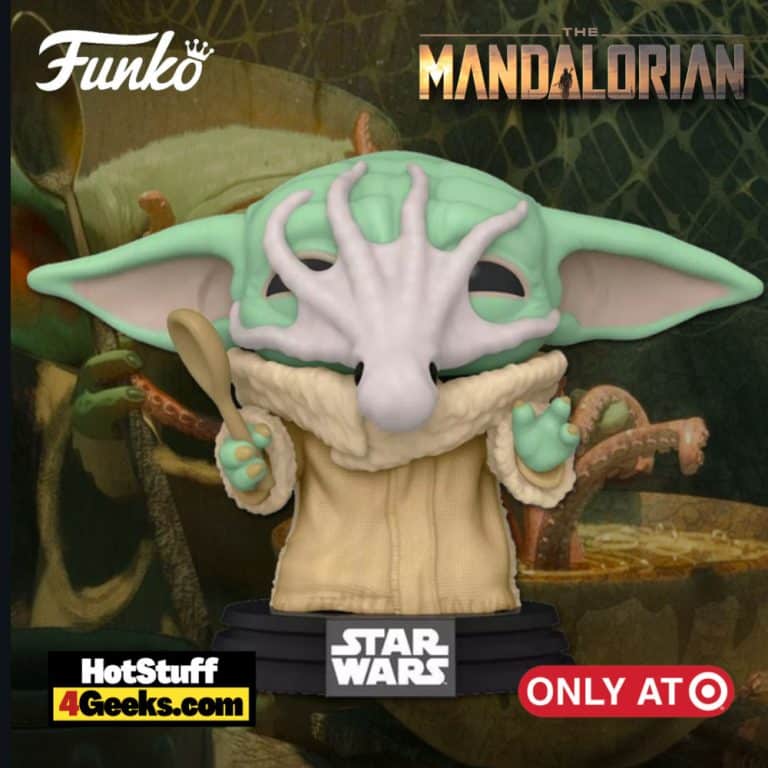 It wouldn’t be the first of The Child’s meals that tried to kill him. Earlier in season 2’s third episode, a live squid leaps out of Baby Yoda’s chowder and suctions onto him like an Alien Facehugger.

We begin to understand that Baby Yoda has a preference for slimy or disgusting creatures. As adorable as he is, Grogu has somewhat surprising culinary tastes…

The Funko POP! Star Wars: The Mandalorian – The Child (Soup Creature) Funko Pop! Vinyl Figure is a Target Exclusive and is now available for pre-order at the links below. It is expected to be released on September 27. 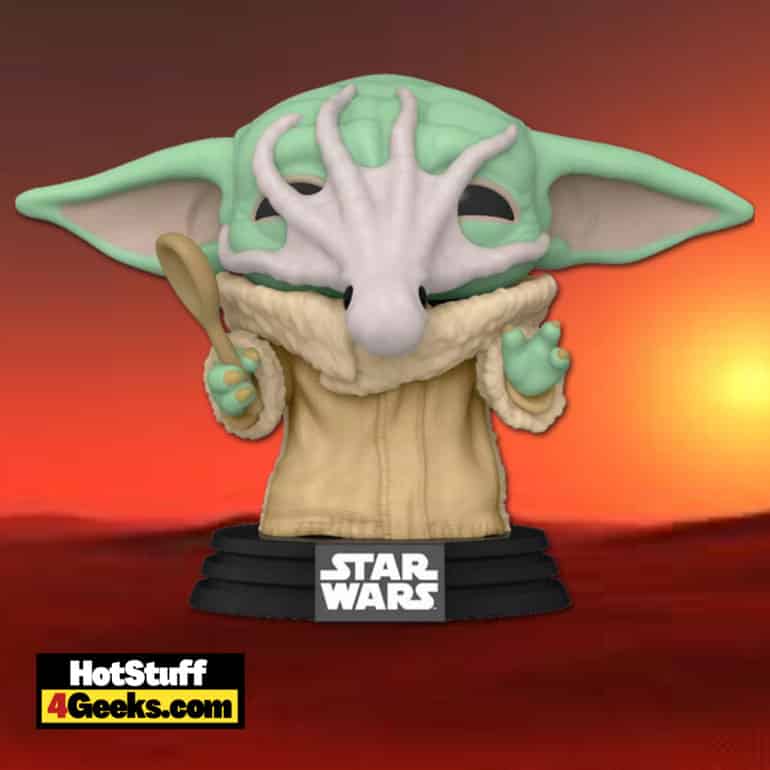 One of his favorite dishes definitely seems to be frogs. This is the animal that we see Baby Yoda devour for the first time in season 1. This food certainly seems very repulsive to many fans of The Mandalorian, but not to everyone.

But season 2 has shown us that the real caviar of the little alien is the frog egg. In episode10, Grogu can’t help but devour Lady Frog’s offspring. This behavior has also surprised some of The Mandalorian fans, as it is established since the beginning of the species, the passenger is endangered. But Baby Yoda redeemed himself in the last episode, visibly falling under the spell of one of Lady Frog’s newborn babies, giving fans a scene full of thrills.

Another unappetizing animal seems to be to Grogu’s liking. Still, in episode 10, Baby Yoda, visibly not satiated by Lady Frog’s eggs, actually swallows a frog fetus. This gesture will again have consequences, as it will trigger the wrath of the mother frog and her other offspring. The latter, in fact, left in search of Mando, Lady Frog, and Grogu.

In the last episode of The Mandalorian, Baby Yoda decides to try another equally disgusting creature. It’s an alien starfish, narrowly killed by Din Djarin. Note that to date, it is the only dead animal eaten by the Grogu, who generally seems more interested in living creatures.