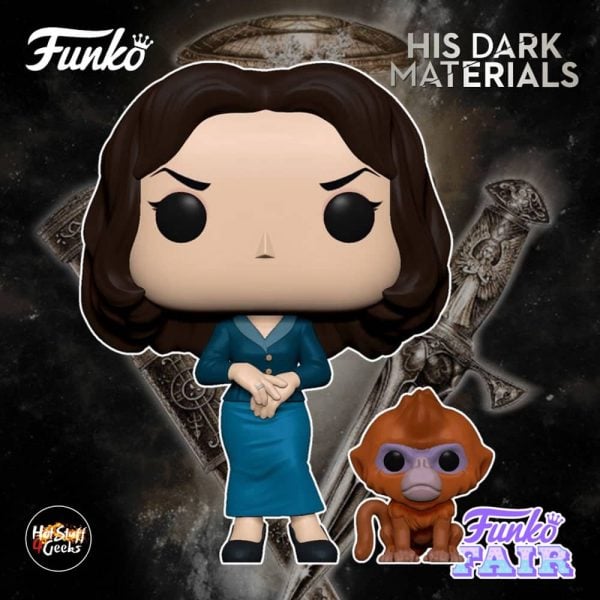 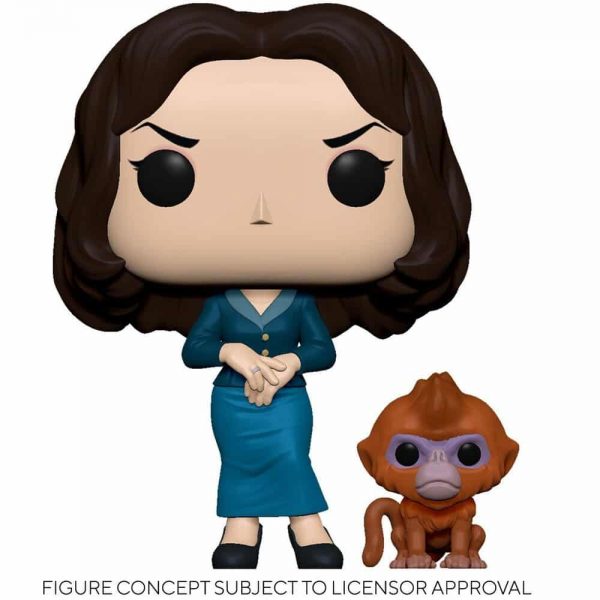 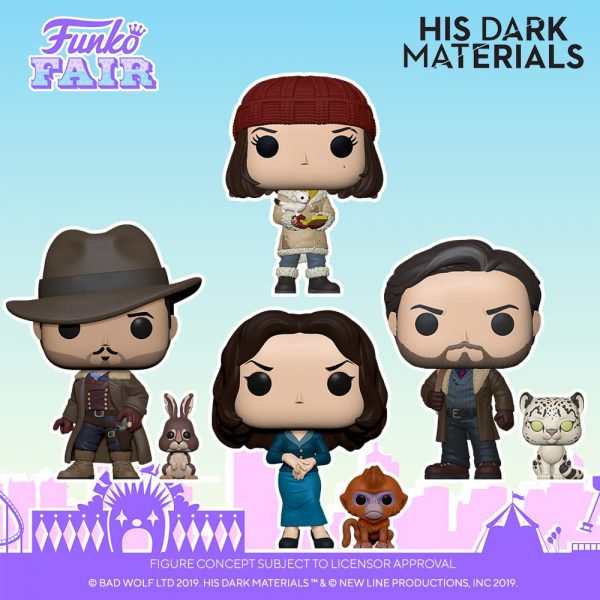 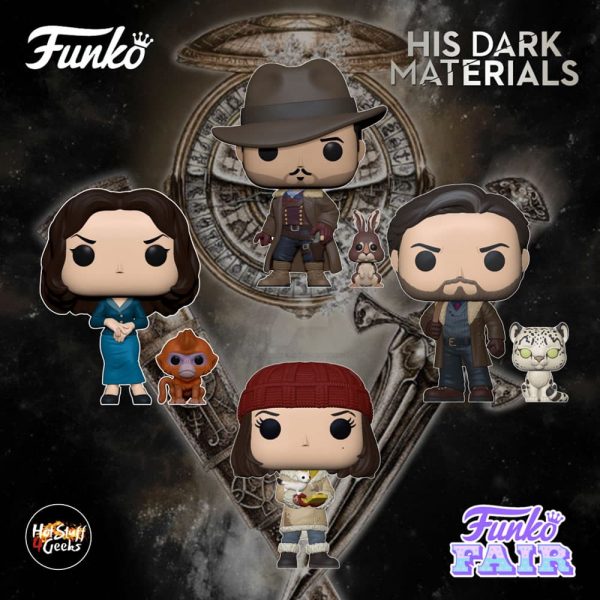 This Funko Pop! Television His Dark Materials – Marisa Coulter with Golden Monkey Daemon Funko Pop! Vinyl Figure is scheduled to be released in June 2021 and is now available for pre-order in the links below.

The Head of the General Oblation Board has been given a Funko Pop! makeover! Marisa Coulter, from His Dark Materials, stands next to her mysterious monkey Daemon as these collectible vinyl figures! 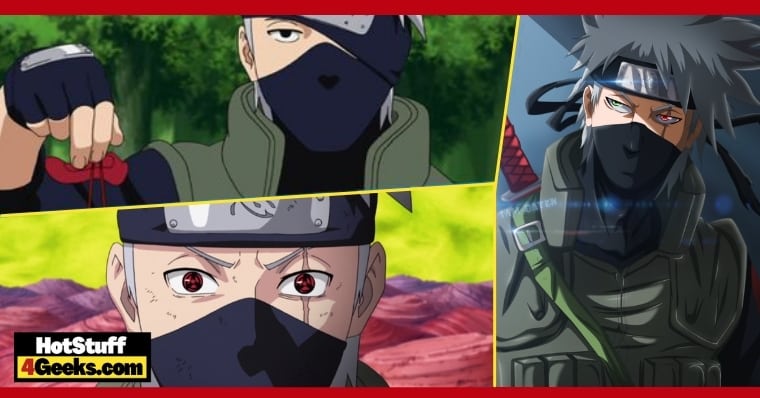 Kakashi Hatake is known for being one of the noblest and courageous ninjas in Naruto. He is loyal to his friends and unable to stop risking his life even when the chance of saving his companions is minimal.

Since Naruto’s first episode, Kakashi is a character that stands out, both for his fame and power and for his personality and relationship with Team 7.

So it is only natural that some of his quotes are some of the most beautiful and inspiring in the franchise. Here, we’ll list the best quotes of Kakashi Hatake sensei!

“The next generation will always surpass the previous one. It’s one of the never-ending cycles in life.” 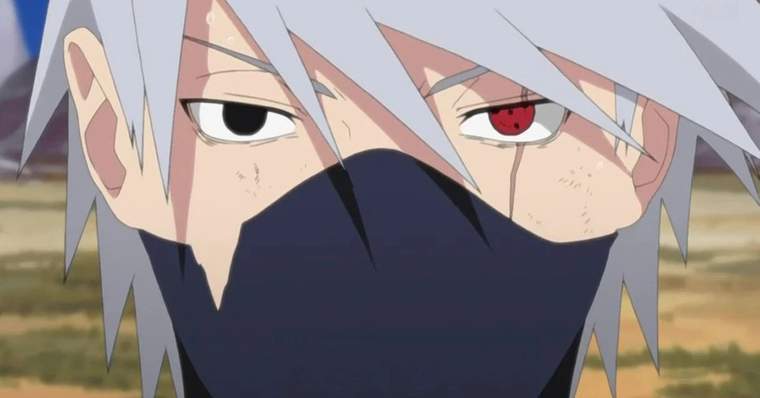 This is a quote that Kakashi says to Kakuzu when he is finally defeated, thanks to Naruto’s newly created Rasenshuriken.

At first, the quote may not draw as much attention as other, more well-known, quotes that the character says. Still, the quote is one of the sensei’s best, recognizing the natural cycle of one generation learning from and improving upon the previous one, eventually surpassing it.

Besides reaffirming this, the sentence shows that being surpassed by his student is not a problem for Kakashi, who is proud to see how far Naruto has come. 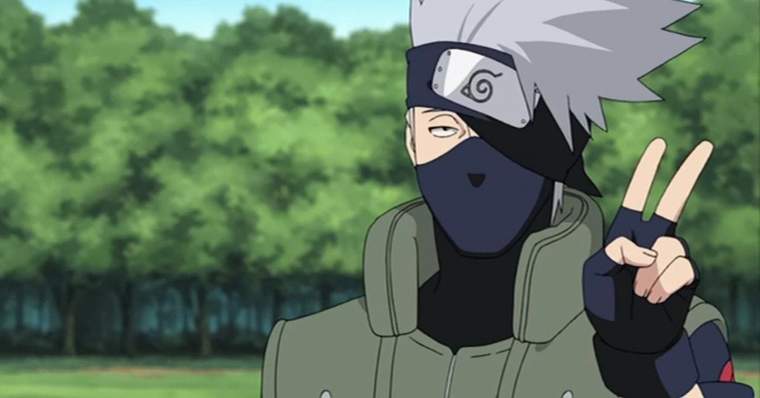 One of Kakashi’s first striking quotees is one of the many excuses he gives to Team 7, justifying his delays without giving any real reasons.

Later, it becomes clear that what causes Kakashi’s delays is the fact that he always visits the monument that honors the friends he has lost before going on with his daily activities.

But even without this relatively fair reason, the sentence is interesting in itself, not only for being far from a valid justification but for the philosophical tenor that being lost in the ways of life suggests.

“Even though I’m not sure of anything…I did my best to see the world with this eye.” 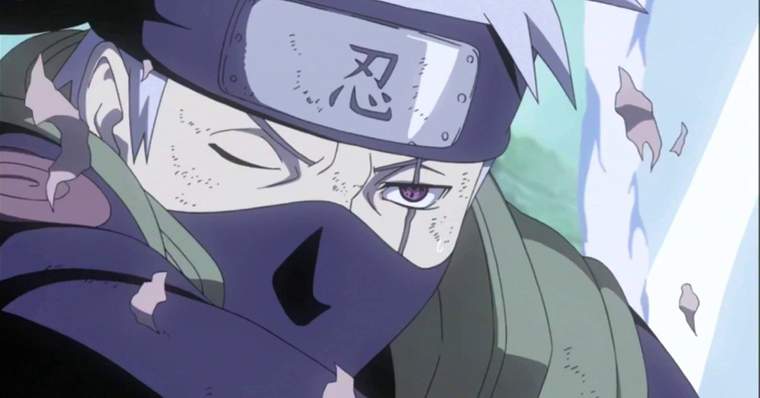 By itself, this is a pretty meaningful sentence, which talks about always doing your best and acting in the best way, even if you’re not sure you’re doing everything right because there’s no way of knowing.

But within the context of Naruto, the fact that this is said to Obito, and that Kakashi continues, saying “I felt that as long as I had your Sharingan and your words… I could see you.”, says a lot about the relationship of the two, reflecting how much Obito’s supposed death has marked the Copy Ninja.

In addition to talking about always doing his best, this is also a line that expresses Kakashi’s feelings about grief and keeping the memory of someone important alive.

“No matter the outcome, I know you did the best you could. I feel I can understand now… How you broke the rules for the sake of others…” 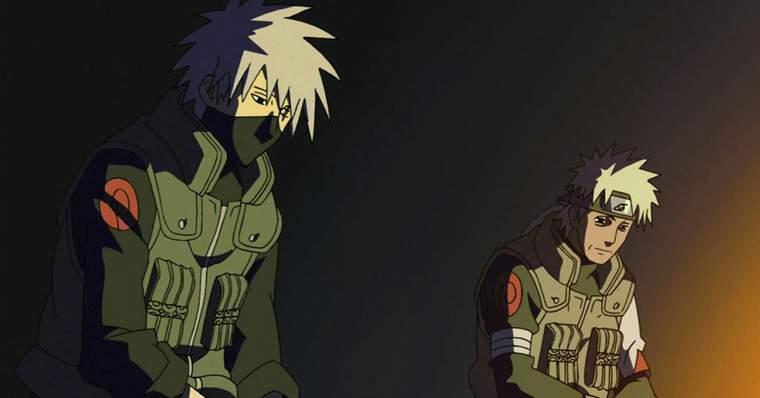 This is a line said by Kakashi in a conversation with his father, Sakumo, when they meet in a sort of afterlife in the arc where Pain attacks the Leaf Village.

The two finally have the opportunity to make their feelings clear. Although Kakashi as a young man, harbored resentment towards his father’s attitudes, he shows that he understood his father’s decision, a lesson he learned from losing Obito.

This is also another quote that talks about doing your best, even if the result is not the desired one. But, mainly, this is a sentence that states that although rules have their importance, the most important thing is people’s well-being, even if to defend them it is necessary to break the rules.

“Knowing what is right and choosing to ignore it is an act of cowardice.” 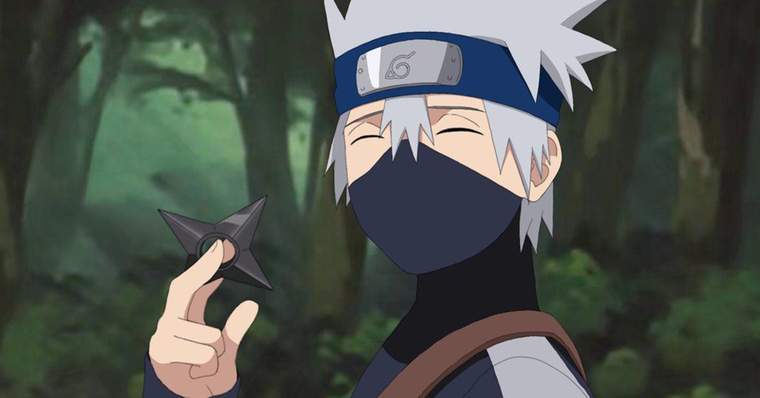 In yet another quote full of wisdom, Kakashi shows his convictions regarding those who ignore what is right, knowing what they are doing.

According to him, this would be an act of cowardice – and the statement certainly has some reason, since the most significant motivation people have for ignoring something even though they know it is the right thing to do is fear. Also, this can be a way to harm others, something that could also be considered an act of cowardice.

In the end, the lesson is that no matter how difficult or risky, we should always do what is right.

“I will not let my companions die.” 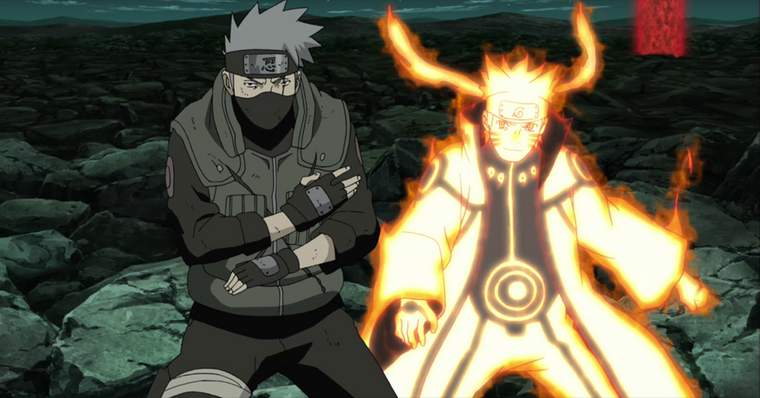 The quote, short and to the point, clearly shows Kakashi’s willingness to face anything to protect his companions. Nevertheless, this is a sentence that becomes much more meaningful when the sensei talks about this teaching with Naruto, during the Fourth Ninja War, after Neji’s death.

“I was the one who said those words to you…. ‘I will not let my companions die.‘ That sentence… It was also a kind of warning to myself… Since there were several comrades… that I failed to protect. That’s why I always swear that I will protect them… But even so, I still have to face reality when I fail to do so. Saying those words means carrying that burden for the rest of my life…”

In this dialogue, Kakashi deals with the fact that this is a solemn promise, but it cannot always be kept, and when it occurs, this is something you have to carry with you forever.

As is clear from the scene, the point is that while it is a heavy and painful burden, grief has its place, and holding in our hearts those we have lost, and even those we have failed to protect, is always more valuable than trying to forget to avoid the pain.

“The hole in one’s heart gets filled by others around you.” 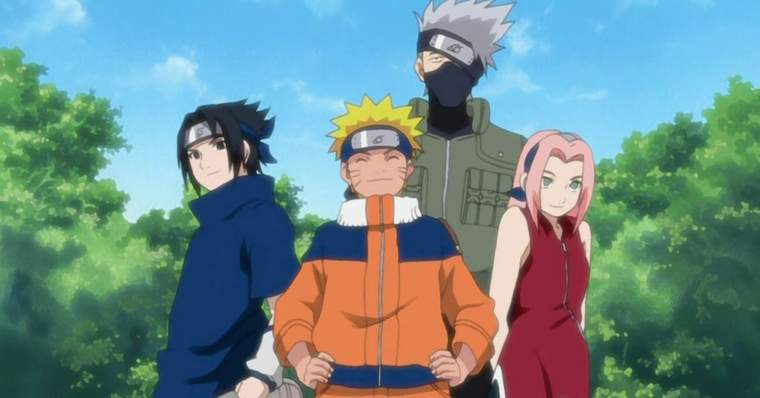 Another statement is said within a larger context. This is another line from Kakashi aimed at Obito and another related quote about dealing with loss and moving on.

In this dialogue, the sensei means that the emptiness left by losses suffered can be filled, but you need to be willing to love other people for this. Closing yourself off to the world because of your suffering, or trying to ignore your pain instead of moving on, would not be the way and would not help anyone fill the emptiness in their hearts.

So the wisdom of this phrase is that to receive help, you need to open up and let people come to you so that they can help you so that new bonds can be created and so that you can move on – and not have to do it alone.

“As long as you don’t give up, there will always be salvation.” 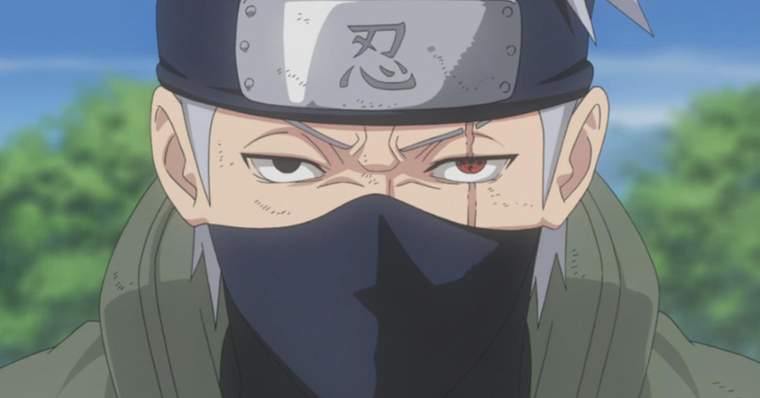 Another line spoken to Obito is actually the final part of the dialogue in which Kakashi talks about filling a void in his heart. Within this context, what the character is saying is that it is never too late to save yourself and that as long as you persist, other people will assist you.

However, this is a phrase loaded with meaning when you look at it alone. The statement here indicates that all you have to do is not give up, and you will find salvation or help.

At first, this may seem somewhat erroneous since effort is not always the answer. Yet, it is possible to look at the teaching from another angle, considering that although not giving up will not guarantee your success, by moving forward, there will always be a light at the end of the tunnel.

′′ Those who follow the path of revenge never end well. You only destroy yourself, and even if you succeed, you take revenge, and what will be left with it? Nothing at all. A void.” 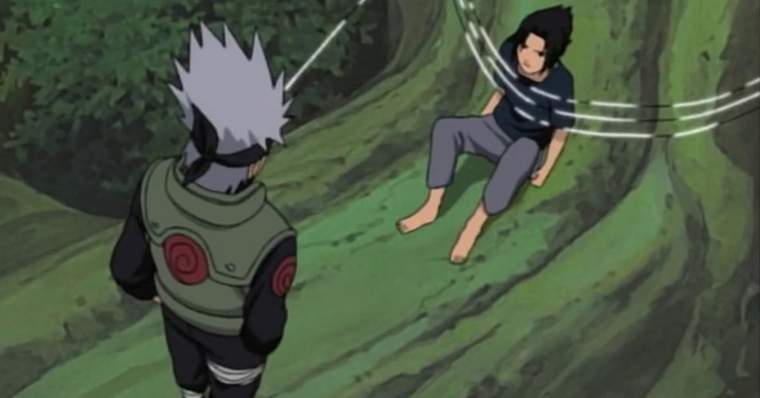 In a moment that is undoubtedly one of Kakashi’s best, he has a somewhat meaningful conversation with Sasuke after he and Naruto confront each other in the hospital. Rather than scolding him or speaking aggressively, the sensei keeps his cool, even though his words to the boy are pretty direct.

Sasuke may not have accepted the lesson, but that doesn’t take away from the wisdom of Kakashi’s words. The quote makes it clear that revenge never leads to anything good, and even if it did, it would only leave the boy empty after obsessing so much about accomplishing it.

Although Sasuke doesn’t have time to feel this way, once he discovers the truth about his clan’s massacre soon after Itachi’s death, the character’s journey still proves some of Kakashi’s wisdom. In the end, Sasuke still finds salvation, but following the sensei’s teaching would have saved him years of suffering, as well as avoiding several decisions that the boy later regretted – just as he was warned would happen.

“In the ninja world, those who break the rules are trash, it is true, but those who abandon their companions are worse than trash.” 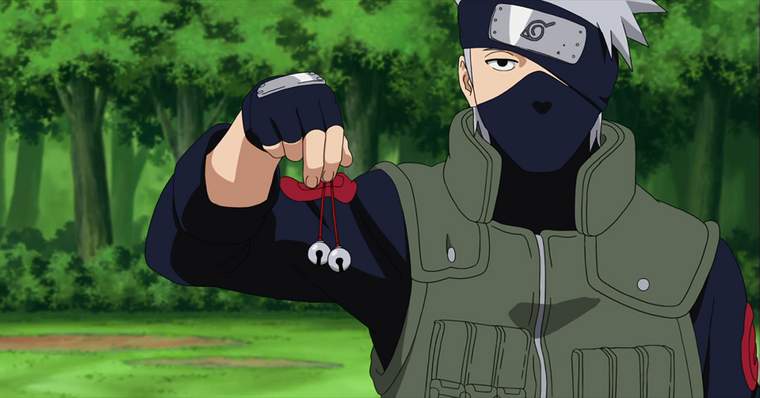 One of the sensei’s teachings that permeate the entire series is one of the first lessons that Kakashi teaches his students, right after they pass their bell test – not by being able to catch them, but by staying by Naruto’s side even after he fails the test.

Although Kakashi teaches this to his students, the meaning of this quote was something he learned from Obito, since as a young man, he did not care so much about his companions, believing that following the rules was much more critical.

This quote from Kakashi has become one of the most iconic, not for nothing: it clarifies that rules matter and following them correctly matters. Still, people are much more important than any rule, especially when it comes to those close to you.

The idea is similar to that expressed by Kakashi when he talks to his father years later. Although when spoken to Team 7, the phrase does not have the connotation of forgiveness and pride of the dialogue with Sakumo, this is a moment that defines values and ideals that Team Kakashi would hold later and represents much of their adult lives.