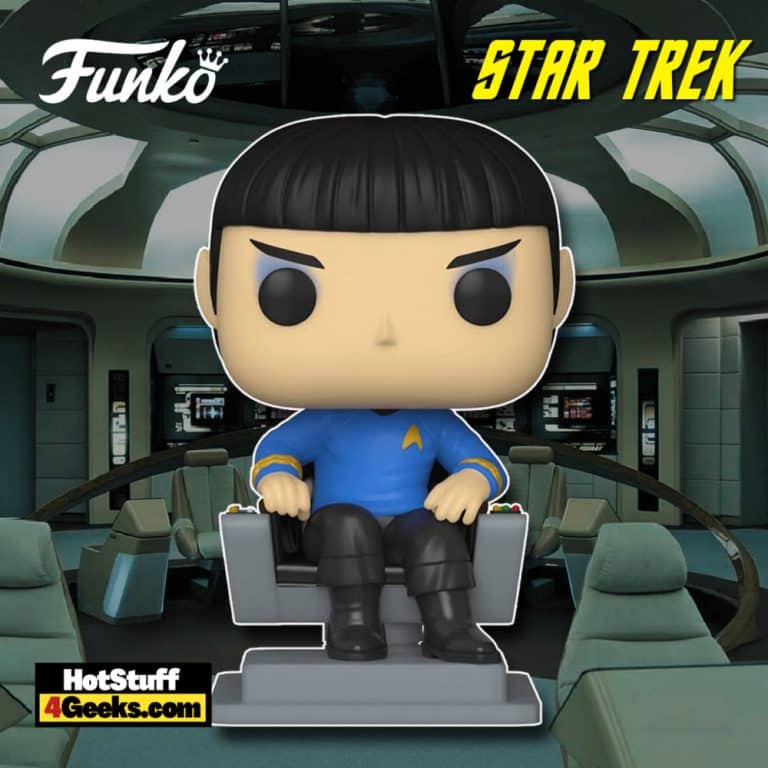 In the entire Star Trek franchise, Spock is the most popular character ever. Traditionally played by actor Leonard Nimoy, the Vulcan and especially his salute has become an iconic symbol of modern popular culture in every corner of the world.

Where would the crew of the Starship Enterprise be without Spock? They probably would have crashed on some deserted planet or gotten blown up by some strange alien.

You see, Captain Kirk might have that fiery passion of a leader, but someone needs to examine the cold hard facts to see the best path. Cold logic just so happens to be Spock’s specialty.

Spock in Chair Funko Pop from the Original Star Trek is now available for pre-order at the links below (click to jump!) 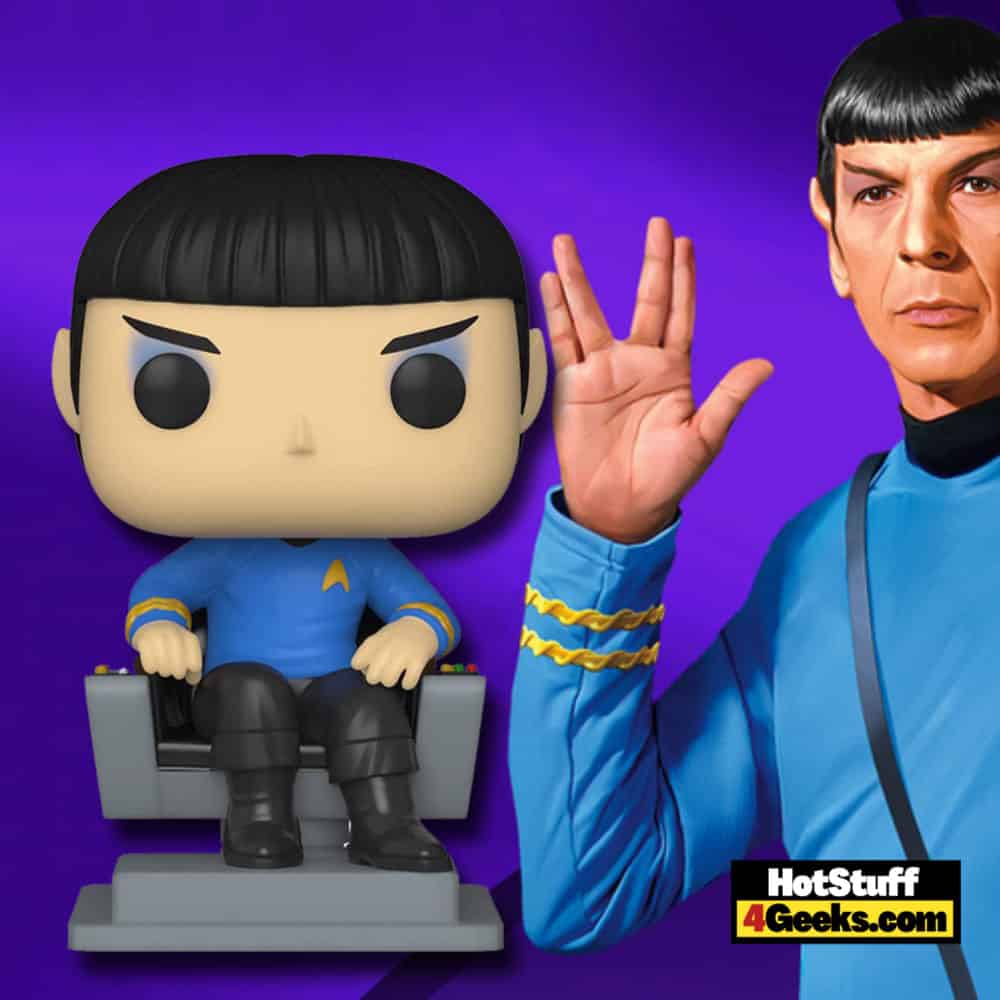 Spock is a Vulcan-human hybrid. His father, Sarek, is a Vulcan ambassador to the Federation, while his mother, Amanda Grayson, is an Earth human.

This has always been a great dilemma in his life since Vulcan people are almost devoid of emotional feelings. However, he has too many strong emotions due to his human heritage, although he tries to control them to the extreme.

Contrary to his father’s wishes, he joins Starfleet instead of joining the Vulcan Science Academy. There, he becomes a science officer and first officer of the U.S.S. Enterprise. After retiring from Starfleet, he becomes its ambassador and helps bring peace between peoples such as the Klingons.

Perhaps Spock’s most iconic role was in the franchise’s second cinematic film, Star Trek: The Wrath of Khan. In the movie, he sacrifices himself to save his friends in one of the most touching scenes in the series.

However, at that time, Leonard Nimoy did not want to return. Nimoy was only convinced when he was told he would have the best death scene in movie history. Upon reading the script and finding the outcome worthy of the character, he signed on.

Spock’s death was supposed to take place in the opening half of The Wrath of Khan. However, the film’s script was leaked, which caused a massive backlash from fans, who even threatened to kill those involved in the movie if Spock was dead.

As a result, an official press release was released announcing the change in the film’s story, and the script was rewritten, although Spock “died” anyway, but at the film’s climax.

Funko has partnered with Rivet and Viacom to launch Pops! With Purpose – Spok. This Pop! features the story of a young changemaker, and proceeds from each purchase go directly to other young people leading social change in their communities. To learn more about Rivet, visit https://bit.ly/3z0L6if