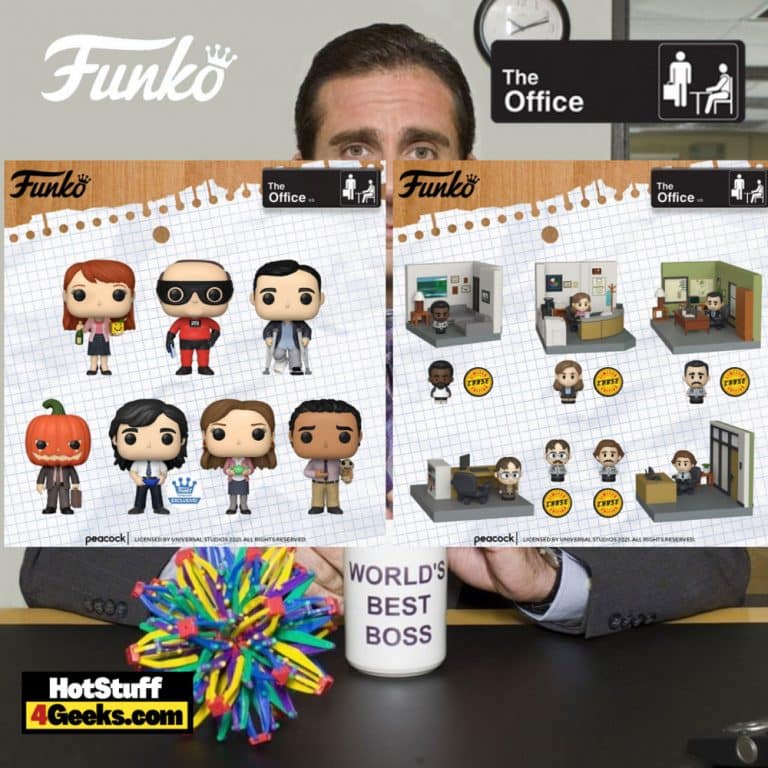 Today is a big day for The Office fans as Funko unveiled the debut of new collectibles of the hit sitcom. Funko has unveiled 6 new commons and 5 Funko Mini-Moments, from the best television show of all time.

Now, fans of the sitcom can build the iconic office set from The Office from each Mini Moment. Dwight Schrute, Darryl Philbin, Jim Halpert, Darryl Philbin are back, and each will come with their own piece of the Dunder Mifflin. Each playset includes a 1x playset section of the room and a 1x mini-figure. In addition, each The Office Funko Pop Mini Moment will have a chance of a chase variant.

Here’s the lineup for this wave for the already released pops:

The new Office wave of Funko pops are now available for pre-order at the links below (click to jump!) They are expected to be shipped in October 2021.

Michael Scott, Dwight Schrute, Jim Halpert, Pam Beasley, Kevin Malone, Stanley Hudson… Even if they are not exactly a sextet, the characters in The Office, not only those listed above, collect a legion of fans for the authentic way in which they relate to and, more than that, deal – in a satirical way – with everyday life in the corporate environment.

Even though Michael Scott can be seen as the main character – not only because he has a more significant number of scenes, but also because he is the head of Dunder Mifflin – the number of characters with outstanding characteristics is enormous, which even generates controversy. 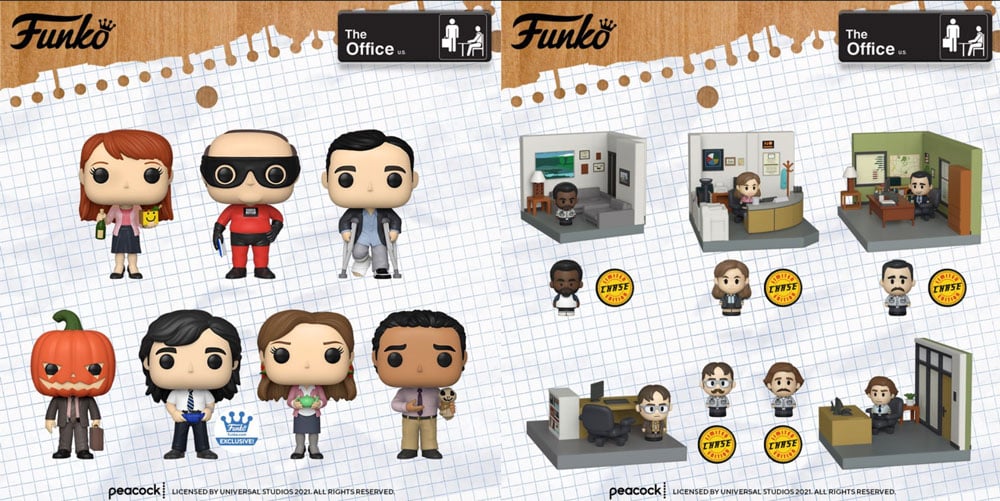 While some say that the “best character” is the one played by Steve Carrell, others prefer Stanley’s indifference, Angela’s stiffness, or even Dwight’s sometimes excessive eccentricity. And so on!

What makes the series totally different from others is that the camera’s presence is recognized by all the characters, especially Michael Scott, who enthusiastically participates in the filming. Others, like Jan Levenson, are often embarrassed or uncomfortable by its presence.

The stories in the series are interspersed with “confessional” interviews conducted individually, where the characters talk to the crew about the events shown.

Occasionally two people share an interview, talking to each other and the camera at the same time. This occurs mainly between Jim and Pam and occasionally between Oscar and Kevin or Kelly and Ryan and Jim and Dwight.

Dwight often interrupts Michael’s interviews, as he remains close to him whenever the filming begins. At other times, characters use the camera’s presence to their advantage, while at other times, it seemingly affects the plot, interrupting private conversations or providing help when needed.