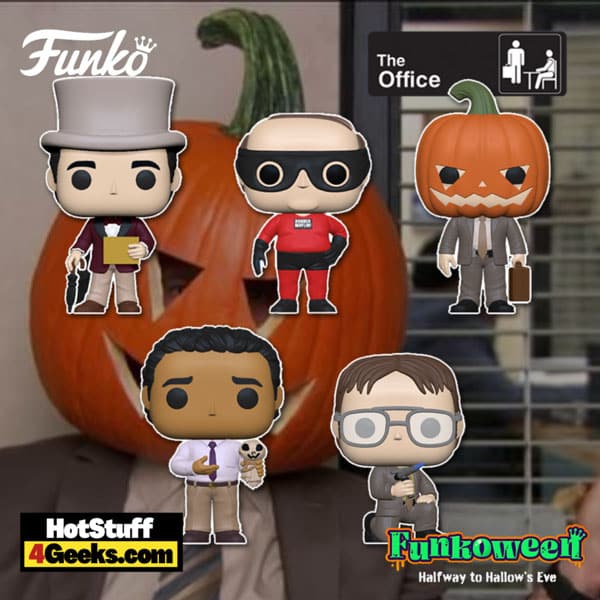 Funko’s week-long Funkoween 2021 event concludes today, May 28th, with a final round of Halloween-themed Pop figures, and now you can add The Office pops to that list.

On the air for nine years, The Office has established itself as one of the most remarkable comedies in the history of American television. Recorded in a mockumentary format, the series gave us countless memorable scenes. Every The Office fan remembers the Halloween episodes… they need no introduction! Here’s the lineup for today:

The Office Funko Pop! Figures (Funkoween 2021) are now available for pre-order at the links below. They’re expected to be released in October 2021. 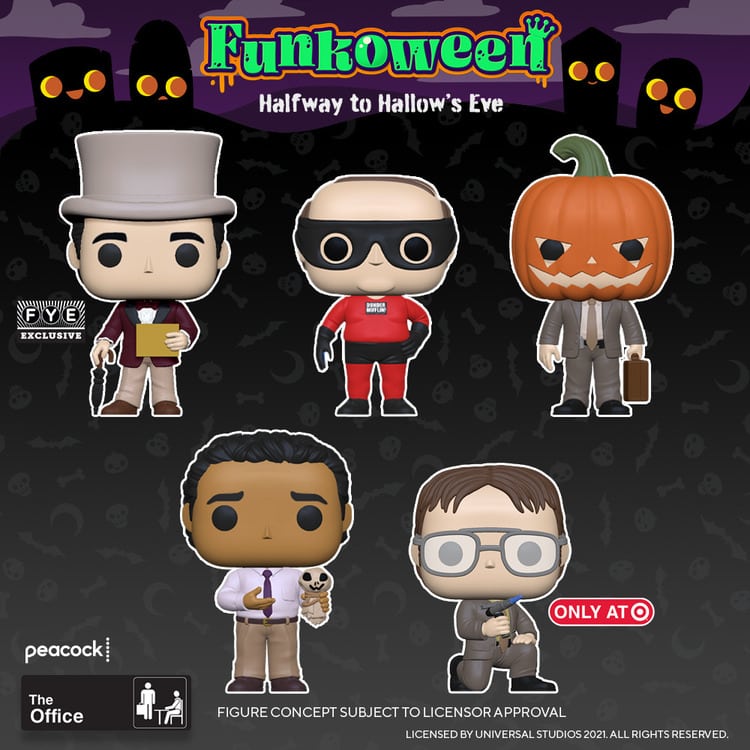 Dwight Schrute is, without a doubt, one of the hilarious characters in The Office. Among his numerous funny moments with Jim, this one stands out. In the last season, the beet farm owner puts his head inside a pumpkin to scare Erin. Putting it in was easy. Now taking it out…

Also known for its Halloween episodes, The Office had several memorable costumes, such as Creed, Dwight, and Kevin dressing up as the Joker (back when The Dark Knight was rising). Still, the episode that really stands out is “Costume Contest.”

In the final season, with Steve Carell playing the iconic Michael Scott, Dunder Mifflin employees join a costume contest to win a book of discount coupons. From Lady Gaga to the “rational consumer,” the episode features excellent costume ideas.

However, the reason this is the episode that stands out is the performance of Jim Halpert.

Known for not dressing up for Halloween, the salesman agrees to put on the Popeye costume that his wife Pam requested. After Danny confesses that years ago, he didn’t want to go out with Pam because she’s a jerk, Jim decides not only to put on the costume his partner requested but also to take the couple’s daughter as a supporting role.

Olive Oyl, Popeye, and Gugu are the highlight of the episode. Well, that and Oscar winning the contest with his ironic costume, much because people thought he wouldn’t win anyway, or because they misinterpreted the idea.