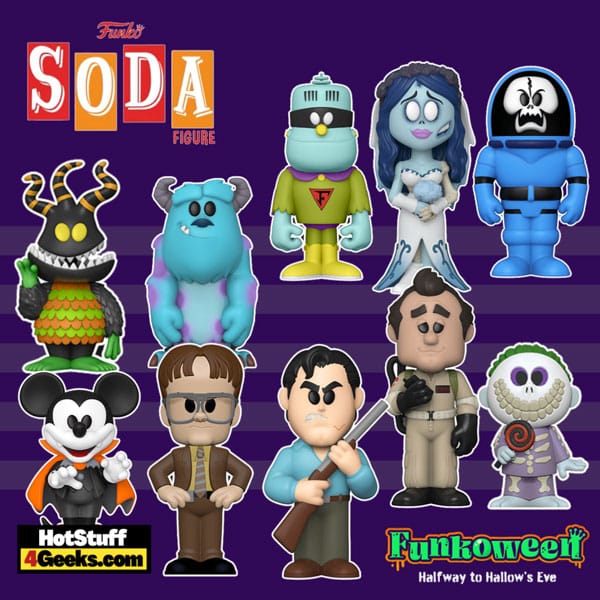 A breakdown of the new figures can be found below, complete with the edition size. Sellouts will happen fast – especially on the rarest figures – so jump on them while you can. Pre-orders are live, and you can find them at the links below.

Emily, a beautiful murdered corpse bride, emerges from the earth to claim her fiancé and drags Victor to the Land of the Dead. However, although the dead are far more fun and lively than the living, Victor’s only thought is to escape the Land of the Dead and return to the arms of his fiancée Victoria. 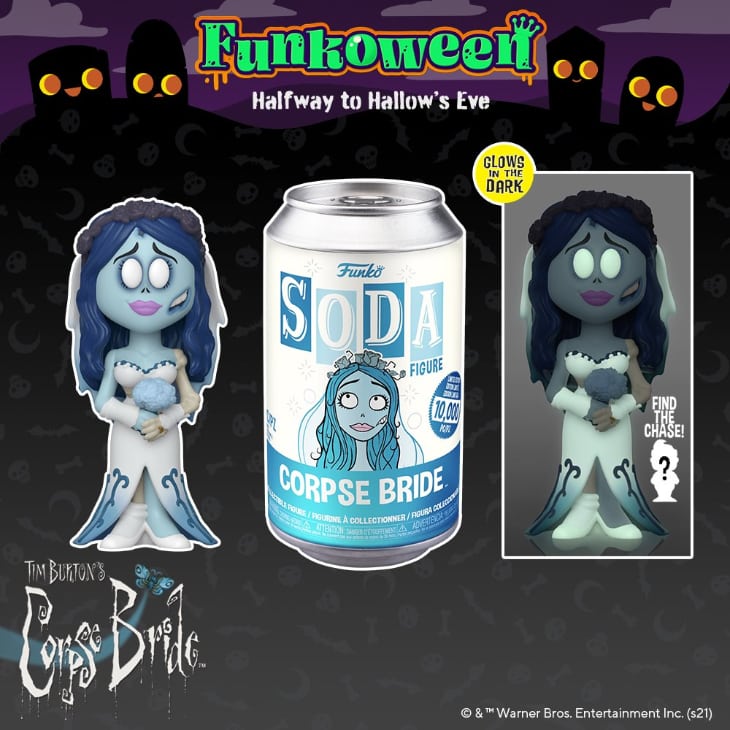 Scooby and the gang find an abandoned farmhouse after running out of gas, but the farmer tries to run them off with a shotgun, believing them to be reporters. Ever since witnesses have reported a mysterious spacecraft nearby, the newspaper men have been bugging him.

They especially want to know about the glowing footprints all around the farmhouse–and the glowing, ghostly spaceman who has been making them. 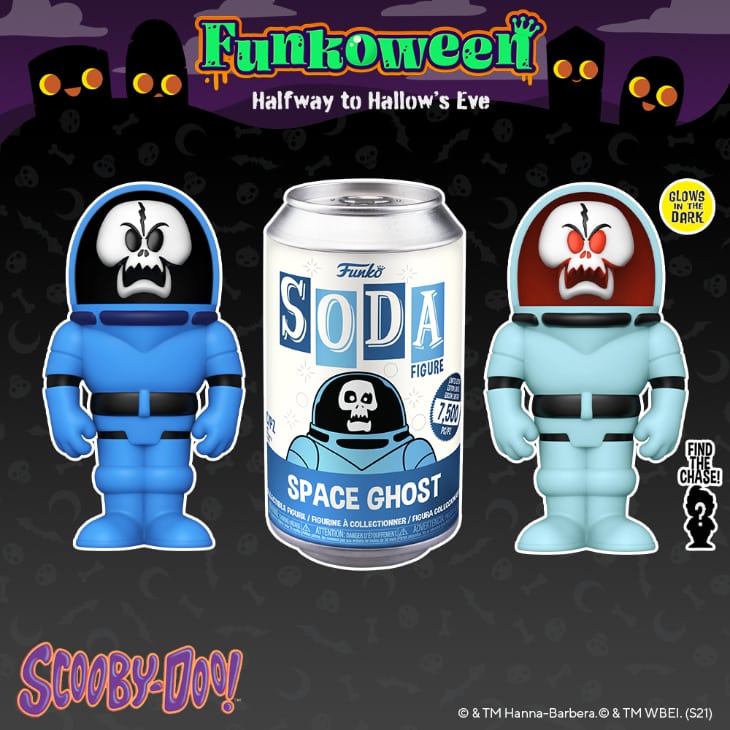 Hanna Barbera has transformed the terrifying Monster into a superhero, a giant robot with superpowers, ready to fight all kinds of villains.

The gigantic robot possessed extraordinary abilities, such as flying through jets built into its feet and emitting destructive rays through the fingers of its hands. So when the world was in danger, little young scientist Bob would point to his remote control ring and activate Frank, sit on the robot’s shoulder, and the two of them would walk out the massive laboratory door to fight evil. 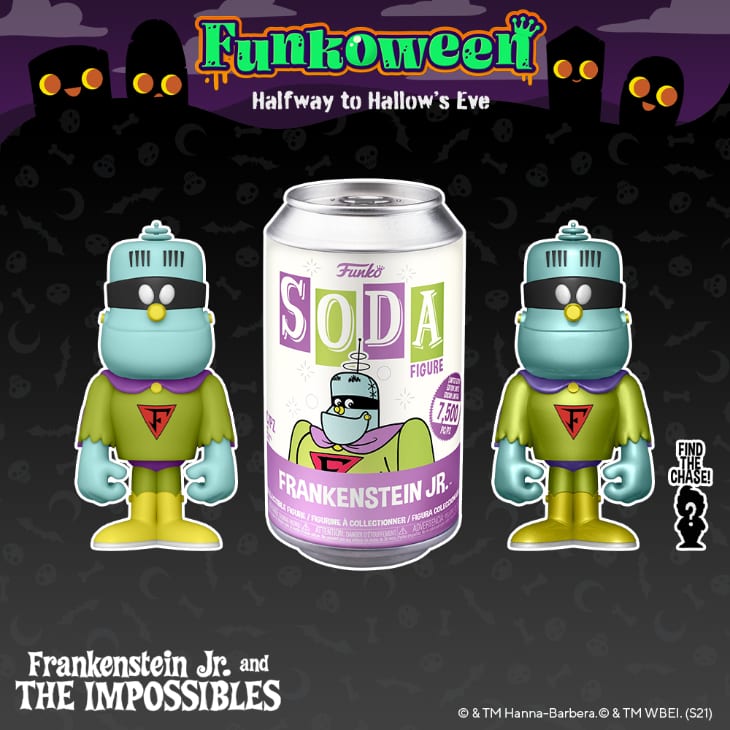 More than thirty years later, the great vampire hunter Ash Williams returns to fight a new plague of Deadites. He may have lost his hand, but he hasn’t lost his touch. 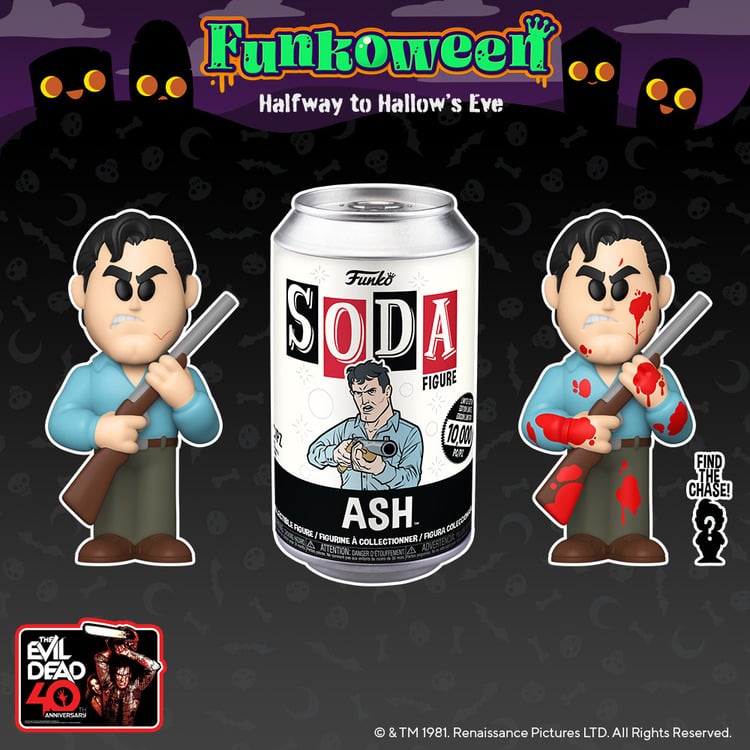 Dr. Venkman has had a tricky bit of luck. His recent job at the university kind of fell through. Then he thought he had a break with some paranormal activity, but that ghost was pretty violent.

Then he started up a ghost-catching business, which is awesome, but then he had a bunch of ghosts, and he’s pretty tired. Don’t even get us started on how the cute lady who hired him turned into a demon dog. Well, at least he still has his good looks, right? 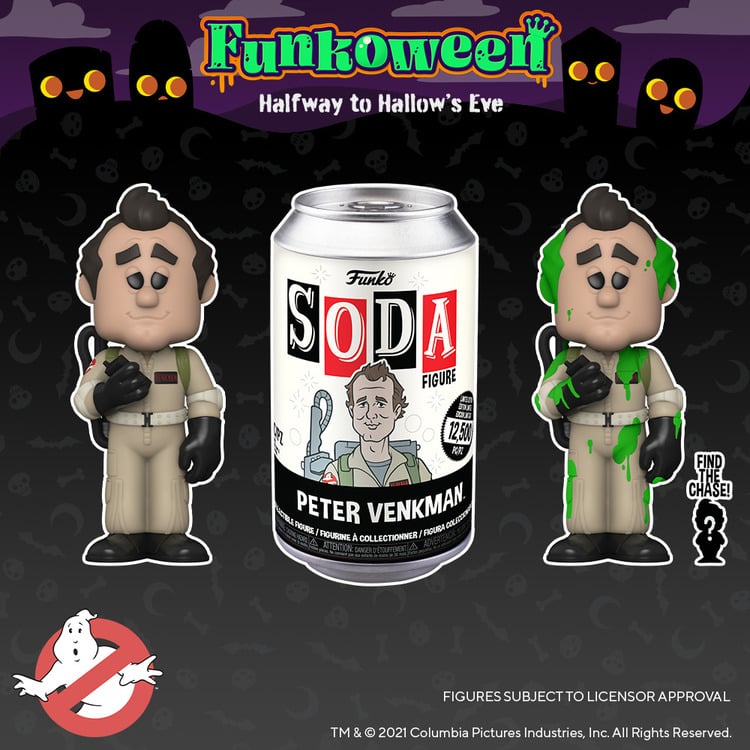 He’s quirky. He’s loyal. He’s a beet farmer and salesman and a volunteer police officer. He’s Dwight Schrute—assistant (to the) regional manager at Dunder Mifflin! With Dwight’s signature mustard shirt, brown suit, glasses, and oh-so-cool cell phone belt clip, this soda will steal your heart. Or at least your patience. 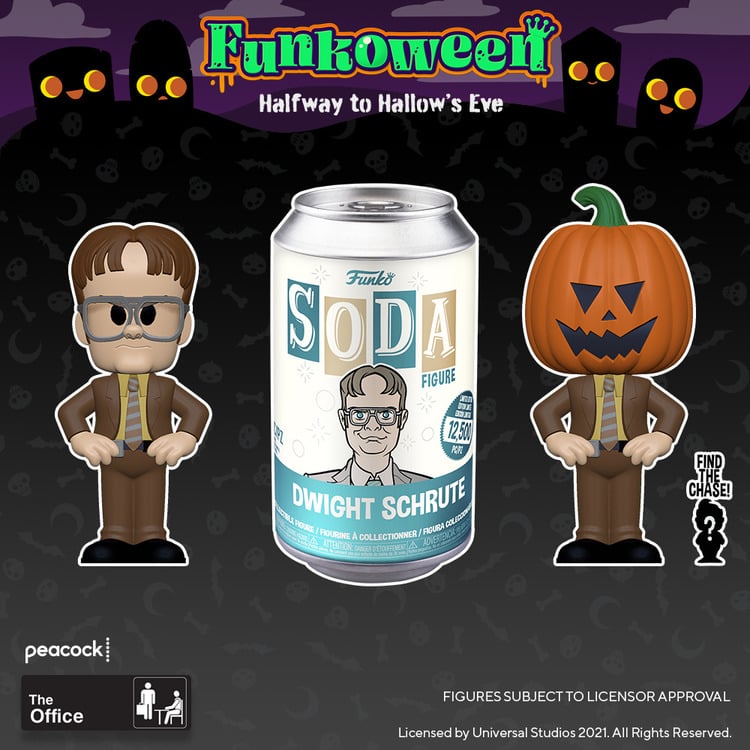 We all grew up with fears that monsters were sneaking up upon us and getting ready to make a snack of our brains.  It’s a pretty daunting fear to have as a kiddo, and it does not even ever leave us.

Even adults walk the dark shadows and look over their shoulders with the trepidation that something is coming up behind them!  And, maybe they are right! 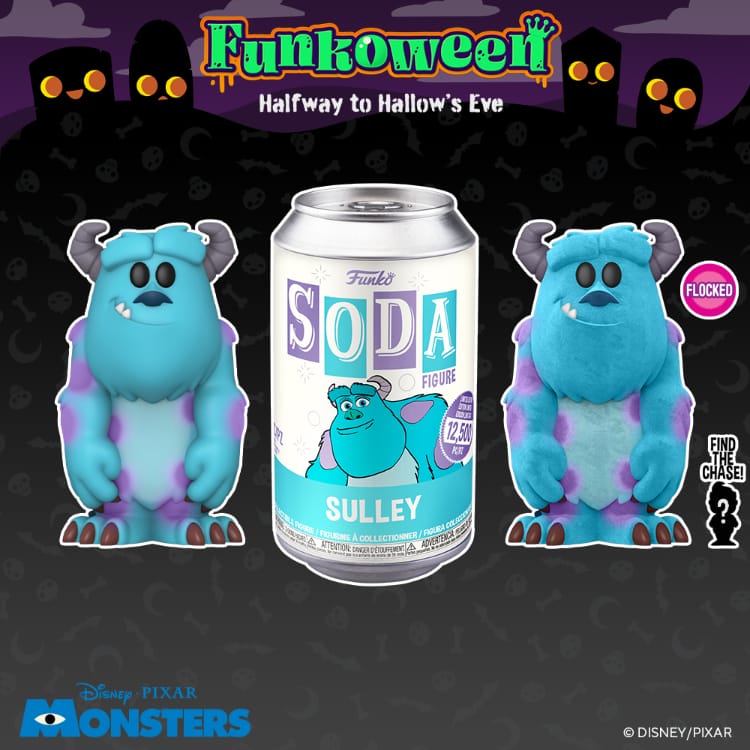 Terrifying and charming. I’m a big fan. Big enough fan that I have one of these Vampire Michey Bobble-Head Collectibles. See his sleek tuxedo, his prominent teeth, his dark ears, that raised hand, and those pale eyes. It’s almost like Mickey is saying that Dracula compels you… (to buy a Dracula Funko Soda…) 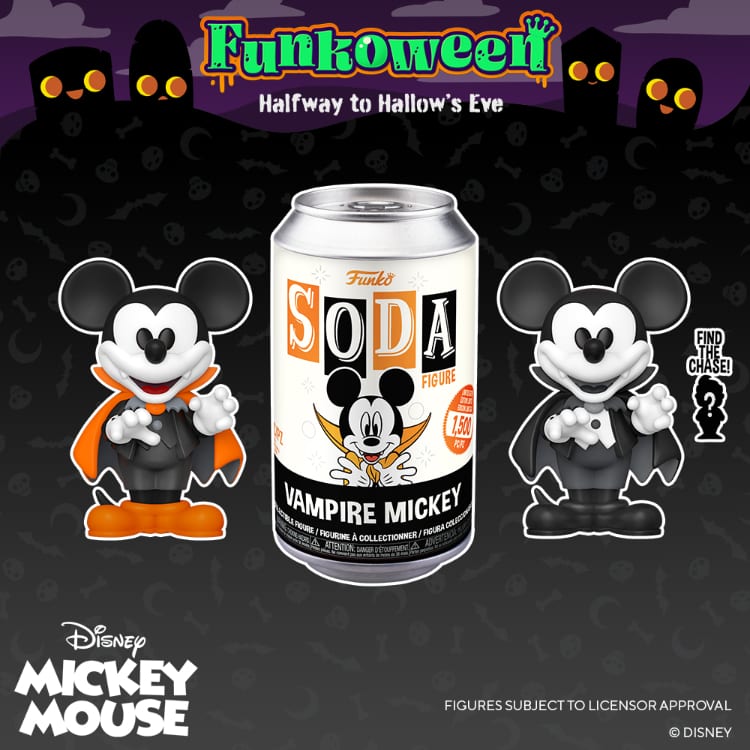 The Nightmare Before Christmas:  Harlequin Demon and Barrel Vinyl Soda Figures (10,000 units each)

Everyone has heard the story of the creepy creature that lives on top of the mountain, doing his best to spoil everyone’s holiday. But, really, there are better villains to bet on. 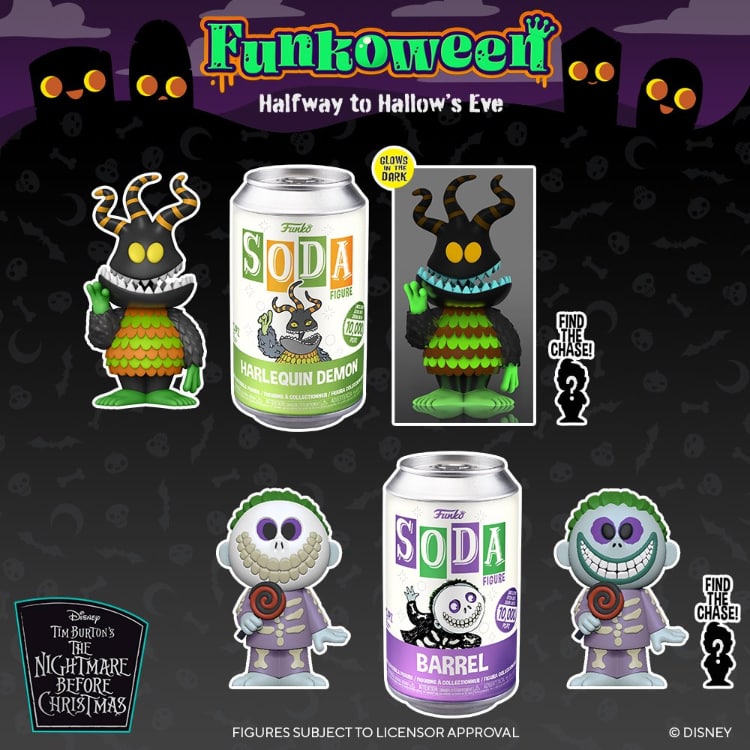 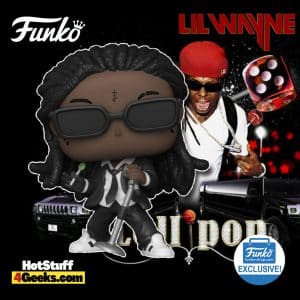 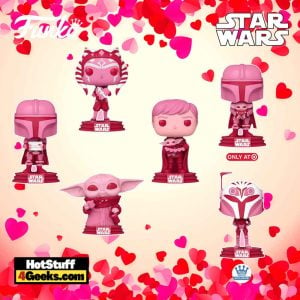