Oroku Saki is a ninja who leads the Foot Clan and fights the Teenage Mutant Ninja Turtles.

He also appears in the Boom! Studios/IDW crossover Mighty Morphin Power Rangers/Teenage Mutant Ninja Turtles comics, where he takes the Dragon Power Coin and the Power Morpher from Tommy Oliver and becomes the Green Ranger Shredder.

Saki is a skilled fighter, but he is no match for the combined might of the Power Rangers and the Ninja Turtles. He is eventually defeated and imprisoned, but not before vowing to get his revenge.

The Green Ranger Shredder is a powerful foe, but he is no match for the courage and teamwork of the Power Rangers and Ninja Turtles.

The FunKon 2022 exclusive, Green Ranger Shredder Funko Pop! can be found at the links below once the online sale begins (click to jump!) 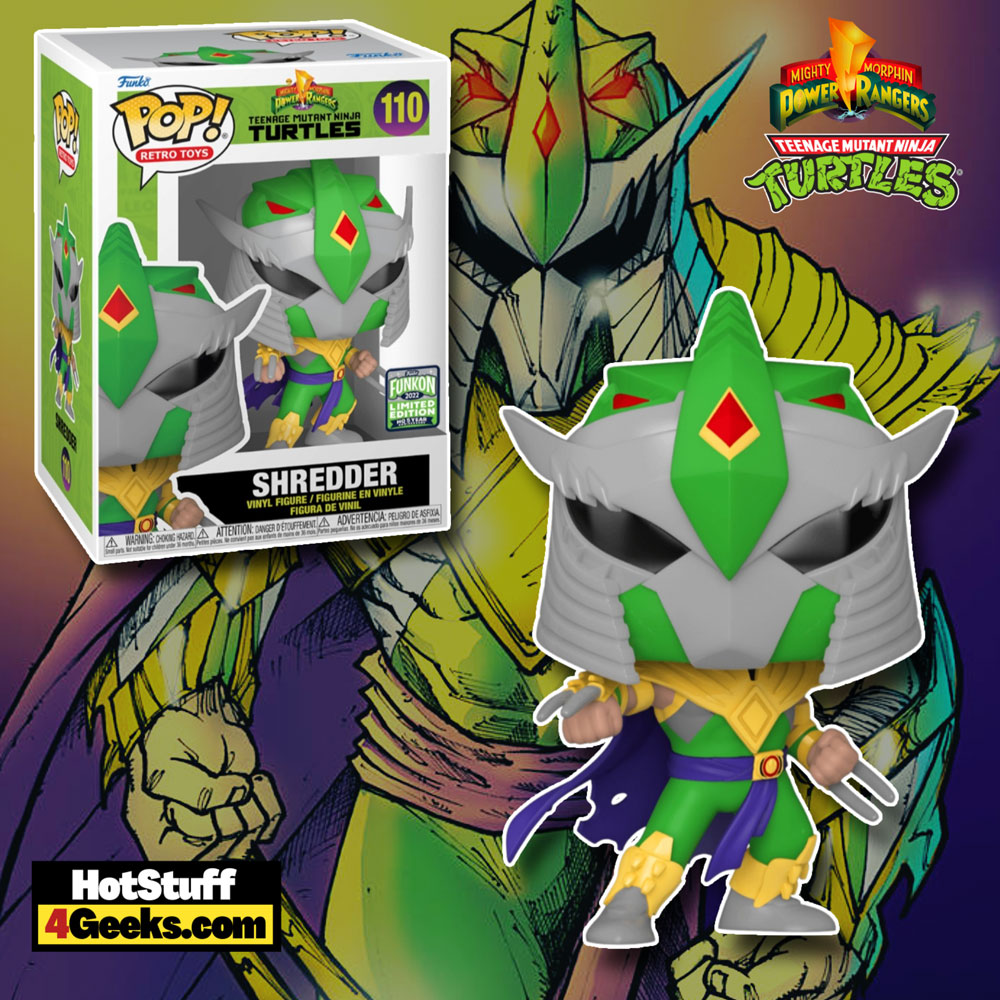 In 2020 BOOM! Studios and IDW produced a 5-issue crossover comic that unites the first generation of the Power Rangers and the Ninja Turtles.

In Mighty Morphin Power Rangers/Teenage Mutant Ninja Turtles, the heroes join forces for one final battle against the Shredder, who has taken over the Green Ranger’s powers.

The four young turtle heroes are transported along with Zordon and Alpha V to assist their friends from Angel Grove High School, as they too have lost access to their Power Coins.

As if that wasn’t enough, Shredder has allied himself with Rita Repulsa, who has turned Rocksteady and Bebop into giants with her sorcery powers. 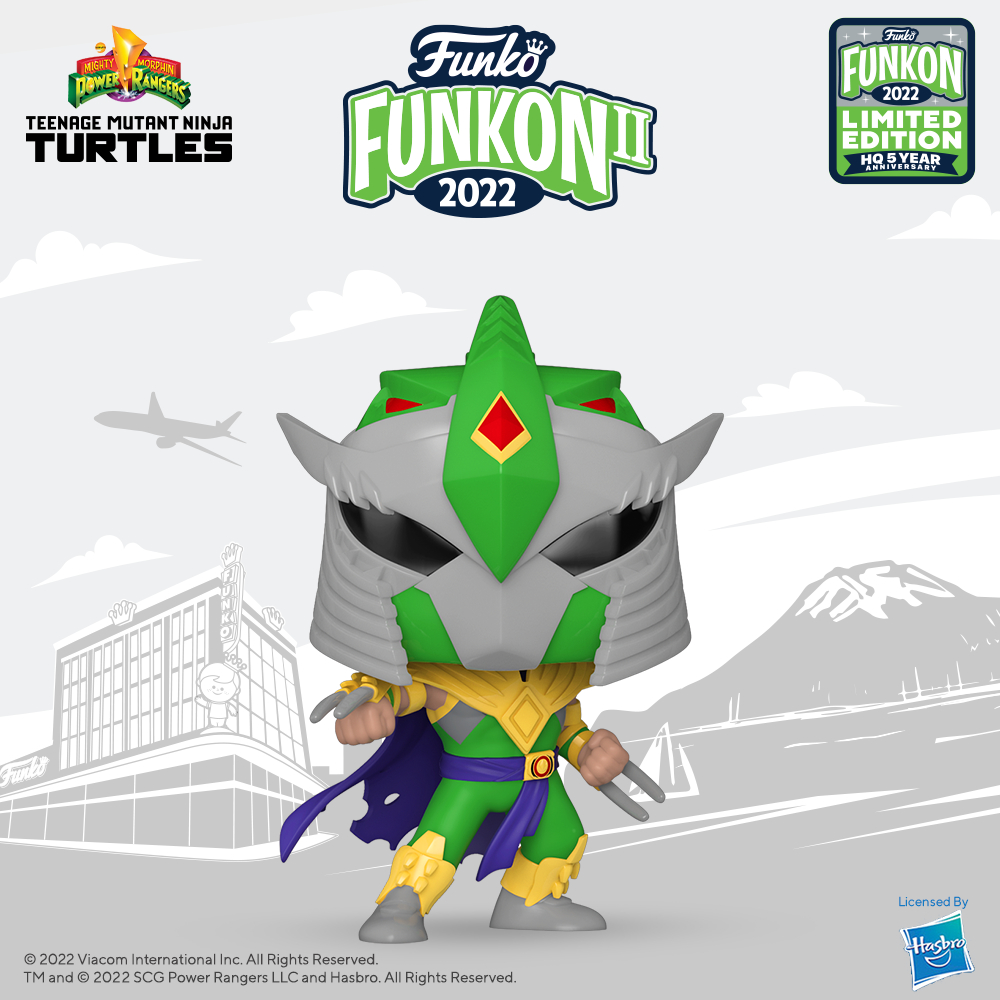 As the Rangers have lost much of their powers, Zordon grants the shell heroes access to summon the Turtle Megazord equipped with the Ranger Sword to balance the score and defeat these giant threats.