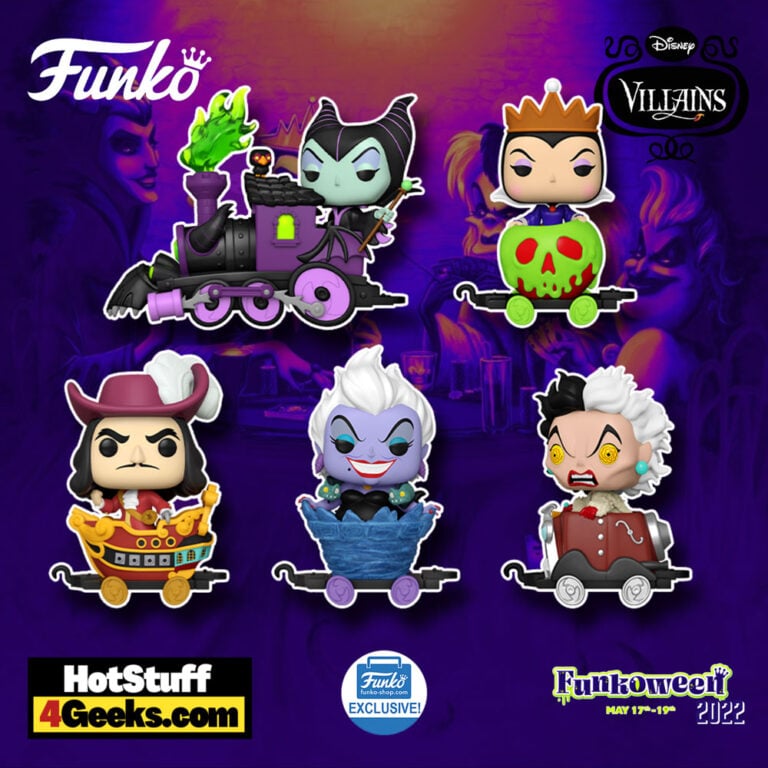 Beware all who board the Disney Villains Train! This fiendish locomotive is pulling into the station, bringing some of Disney’s most fearest villains along for the ride.

Each train car is themed to the villain, making it a must-have for any fan of Disney’s classic villains.

Many people think of Disney villains as comical creatures, more annoying than truly evil. However, some villains are genuinely fearsome, and their movies can be pretty dark.

While these villains may not be as popular as Disney’s more light-hearted characters, they are certainly some of the most memorable.

So if you’re looking for a genuinely dark Disney experience, be sure to pick up a set of these Disney Villains Funko Pop! trains. They are also available separately:

The Disney Villains Train Set from Funko is coming soon and can be found at the links below (click to jump!) 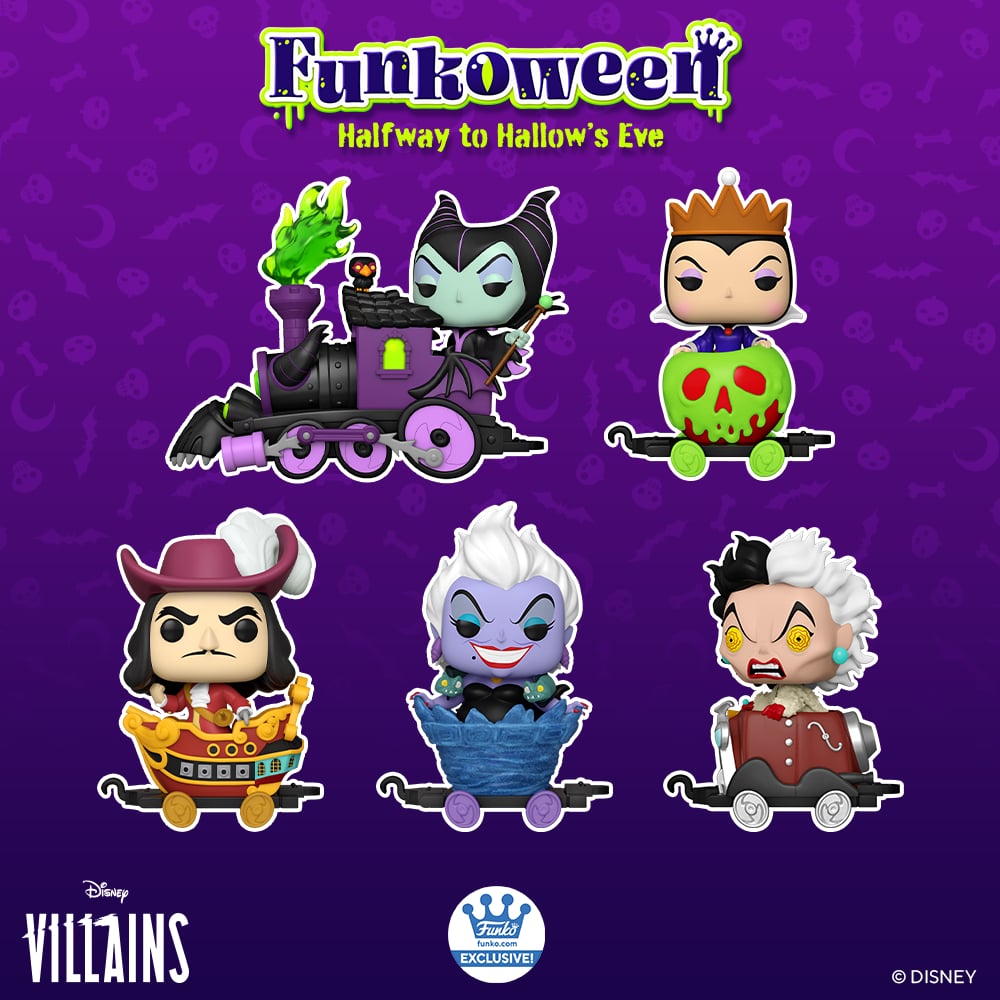 Disney villains come in all shapes and sizes. Among the many memorable Disney villains, a few stand out for their diabolical schemes, iconic looks, and chilling portrayal.

Maleficent, for example, is one of the most well-known villains in Disney history. Her transformation into a dragon is still one of the most spine-tingling moments in any animated movie.

The Evil Queen from Snow White is another classic villain whose poisoned apple has become one of the most recognizable images in pop culture.

And who could forget Captain Hook, with his hook hand and crocodile nemesis?

Ursula, the sea witch from The Little Mermaid, is another villain who is both funny and scary.

And last but not least, Cruella De Vil is perhaps the ultimate villain for anyone with a fear of dogs.