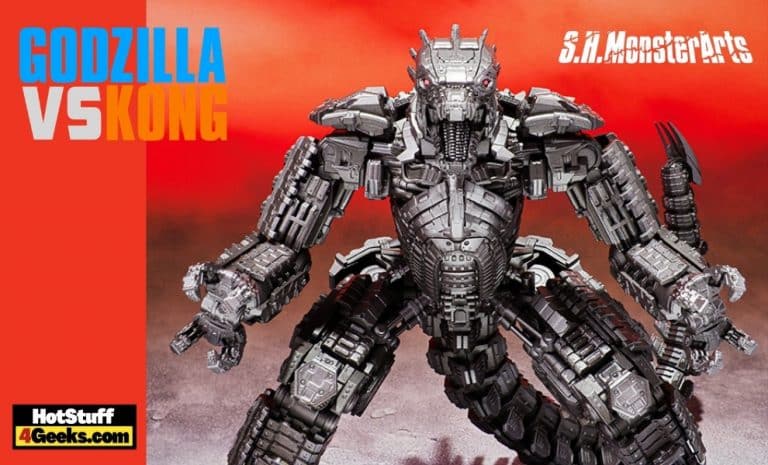 The Godzilla universe is full of giant creatures as menacing and powerful as himself. Still, none of his enemies is more iconic and remembered than Mechagodzilla, a technological terror inspired by the king of monsters. Over the years, the character has gained new forms and powers, becoming more and more popular.

Although the fight is between Godzilla and Kong, it was the figure of the iconic MechaGodzilla that stirred viewers by making a surprise appearance in the film’s trailer.

The figure stands just under 7.5″ tall. It uses diecast metal joints to add stability and weight to his movement, as well as articulated cannons on his shoulder and chest. Mechagodzilla includes two pairs of interchangeable hands.

The Tamashii Nations:  Godzilla vs. Kong – Mechagodzilla (2021)  S.H. MonsterArts Figure is priced at $149.99. Pre-orders are already live and can be found at the links below. Its release is scheduled for February 2022. 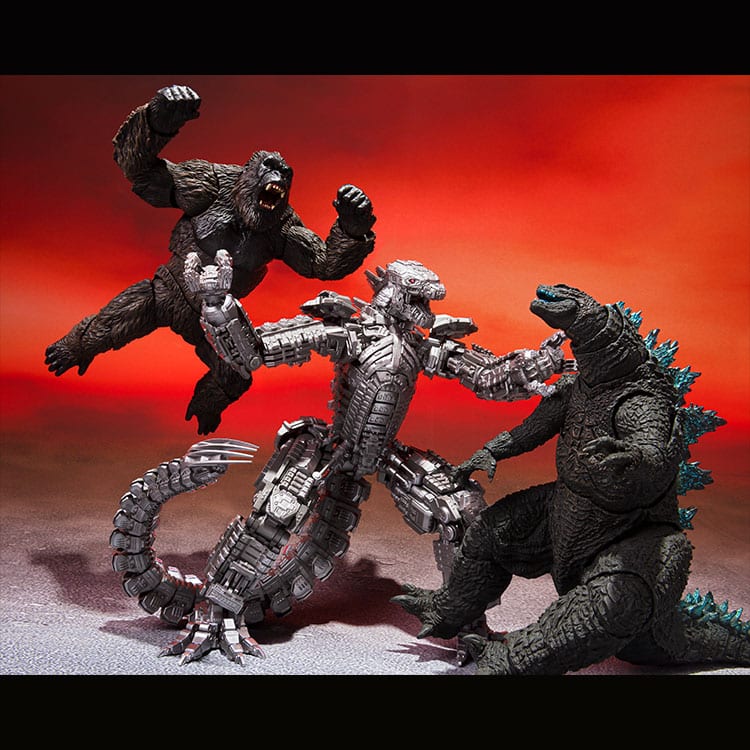 First appearing in the franchise in the 1970s, MechaGodzilla was built by the Black Hole Planet 3 Aliens, who studied all the movements and powers of the original Godzilla, intending to create a robotic, cybernetic version that could be controlled exclusively by them in the intent of world domination.

Initially, MechaGodzilla did not have the classic silver appearance; instead, he mimicked the skin of the original Godzilla so that he could disguise himself. The first time he appeared in theaters was in 1974’s Godzilla vs. MechaGodzilla, where viewers saw the Kaiju take on a version of himself while trying to find the enemy’s weak spots.

The character was most successful in the 1970s, repeatedly appearing in Godzilla vs. MechaGodzilla and soon after in Terror of MechaGodzilla. Now, he was stronger, more resilient, and knew what slip-ups he could not commit. In his first appearance, Godzilla defeated him through magnetic powers and even had the help of an antagonist, King Caesar.

After being destroyed, however, the giant tyrant is recovered by the Black Hole Planet 3 Aliens, who enhance him with the intent of dominating Earth. This time, they realize that they needed the help of someone native to the planet, so they recruit a human mad scientist to arm MechaGodzilla with the best that was around. Their ultimate defeat might have something to do with the current movie…