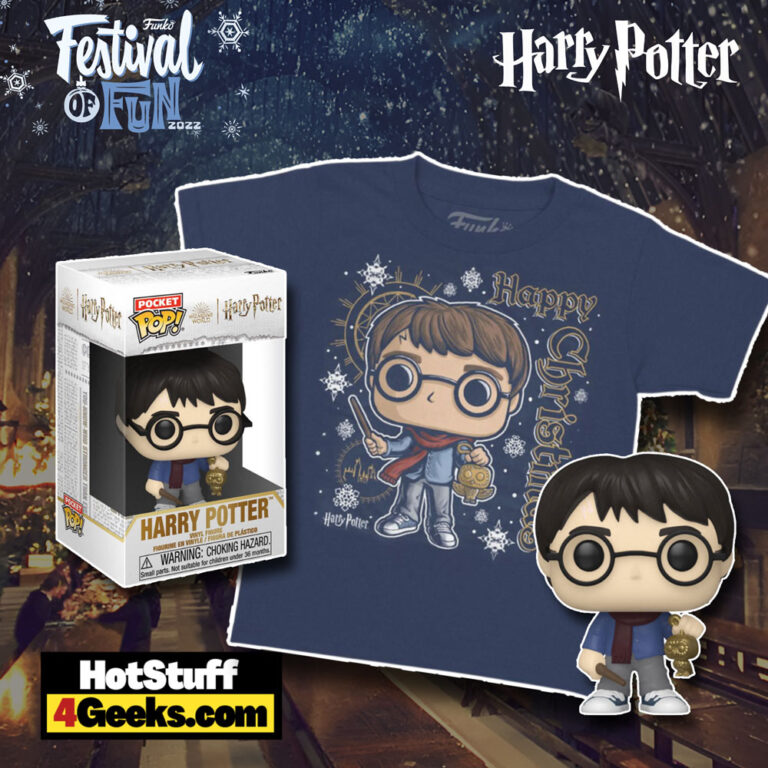 Families all over the world are getting ready for Christmas, which means it’s time for Santa to make his annual rounds. But this year, there’s a new Santa in town, and he goes by the name of Harry Potter.

Harry Potter is coming to town – in the form of a Funko Pop! figure with the new Funko Pop! and Tee: Happy Christmas Harry Potter Funko Pocket Pop! Vinyl Figure and keychains (Festival of Fun 2022). It’s now available for pre-order at the links below – click to jump or scroll to continue reading!

First of all, Harry would probably use his magic to get Christmas done in one night!

No more struggling to stay up all night or trying to fit down the chimney. Instead, he could teleport presents into everyone’s homes.

Secondly, the reindeer would be flying hippogriffs instead of boring old deer. Can you imagine how excited kids would be to see a giant hippogriff pulling Santa’s sleigh?

Harry would probably put them under the Imperius Curse instead of leaving coal for naughty children. They’d be forced to behave for at least a year!

All in all, it would be a very different kind of Christmas with Harry Potter as Santa.

Happy Christmas Harry Potter Funko Pocket Pop! and Tee is now available for pre-order at the links below (click to jump!) It’s expected to be released in January 2023. 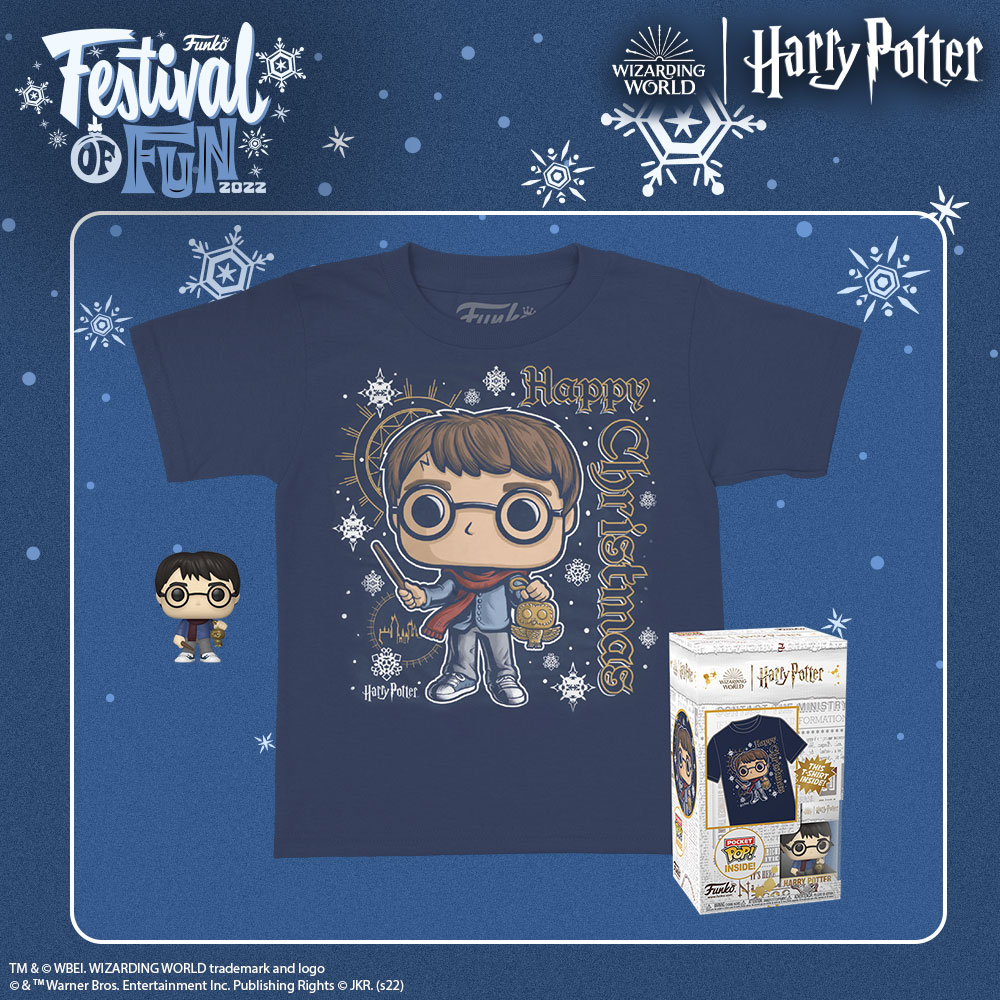 There’s something special about Harry Potter that just puts us in the holiday spirit. Maybe it’s the scenes set in Hogwarts Castle, with its soaring turrets and snow-covered grounds.

Or maybe it’s the magical feel of the films, which transports you to a world of wizards and witches.

Whatever the reason, Harry Potter is sure to get us feeling festive.

And what could be more festive than spending time with family and friends, enjoying good food and drink, and watching your favorite holiday movie?

Not only are they excellent films, but they also have a great holiday theme! 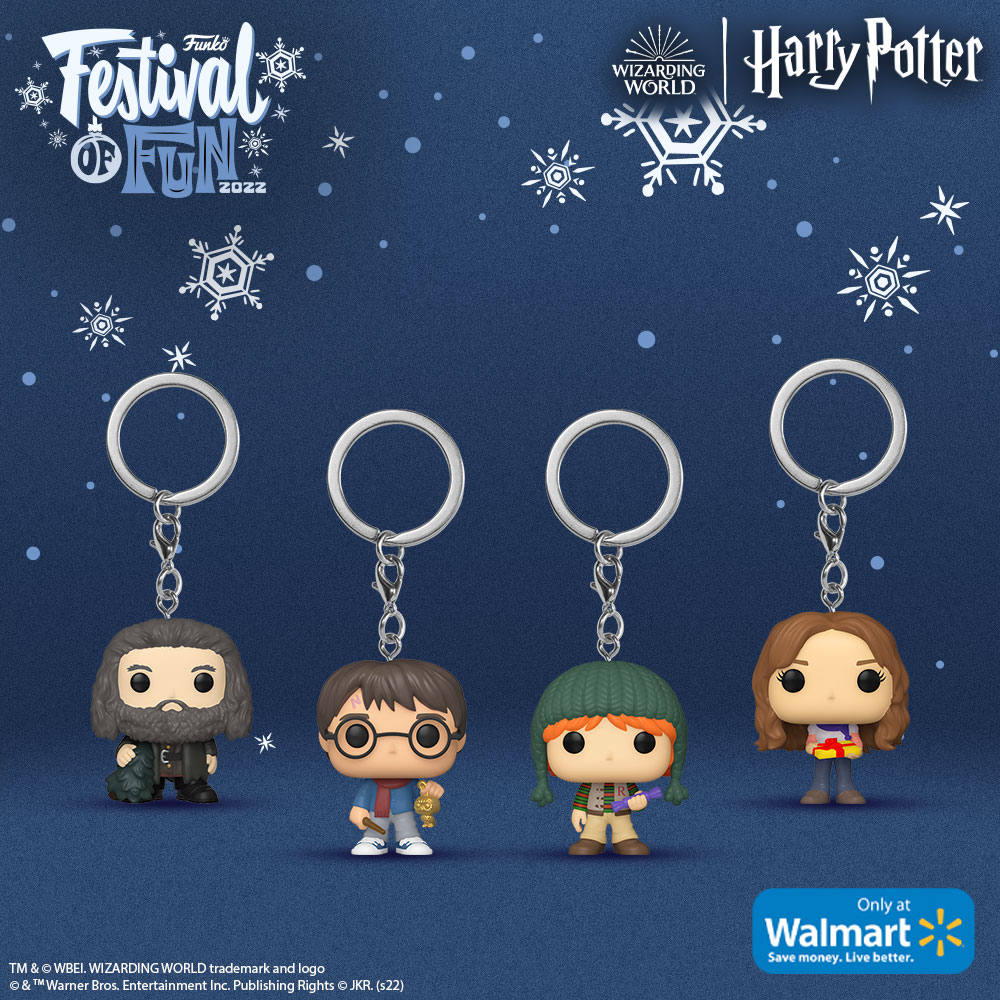 The first movie, Harry Potter and the Philosopher’s Stone is set during Christmas, and the whole film is filled with holiday cheer.

The second movie, Harry Potter and the Chamber of Secrets, also has a holiday theme, with Harry and his friends spending Christmas at Hogwarts.

And the third movie, Harry Potter and the Prisoner of Azkaban is set during the winter months, making it the perfect film to watch on a cold winter’s night.