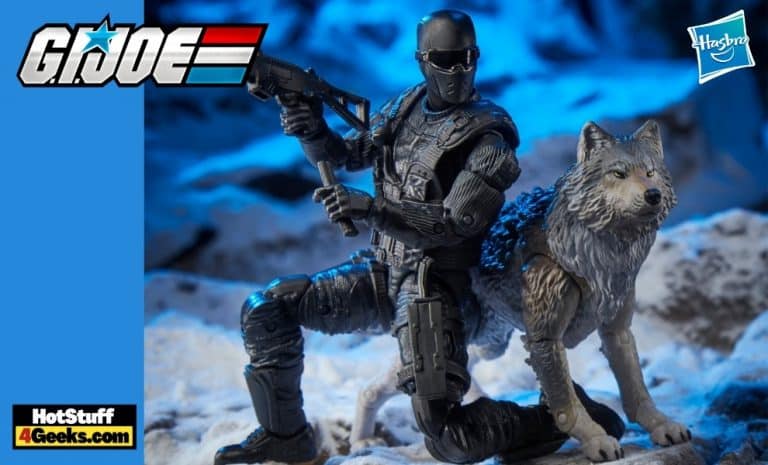 Move with the wind, and you will never be heard. Revealed during the #YoJoeJune G.I. Joe #FanFirstFriday, it’s the Classified Series Snake Eyes and Timber: Alpha Commandos!

Snake Eyes, who debuted in the early 1980s in a Hasbro re-release called ‘G.I. Joe: A Real American Hero‘ is a fan favorite and a memorable supporting character in the G.I.Joe cinematic universe. He’s a ninja commando who carries an oath of silence and a penchant for wearing black and playing with his pet, a wolf named Timber. His arch-nemesis, Storm Shadow, is a rival ninja but also his brother.

Snake Eyes is getting a new figure, this time in a double pack with his wolf, Timber. The box is the Alpha Commandos set and features an updated look to Snake Eyes vs the already released figures with a new head sculpt and adjustments to the outfit. He comes with two weapons and a knife.

This special Snake Eyes figure features a classic design updated to bring the G.I. Joe ninja into the modern era, plus accessories inspired by the character’s rich history and the inclusion of his wolf companion, Timber.

Hasbro: G.I. Joe Classified Series Snake Eyes and Timber: Alpha Commandos 6-Inch Action Figures are now available for pre-order at the links below. It’s priced at $39.99 and is expected to be shipped in July 2021. 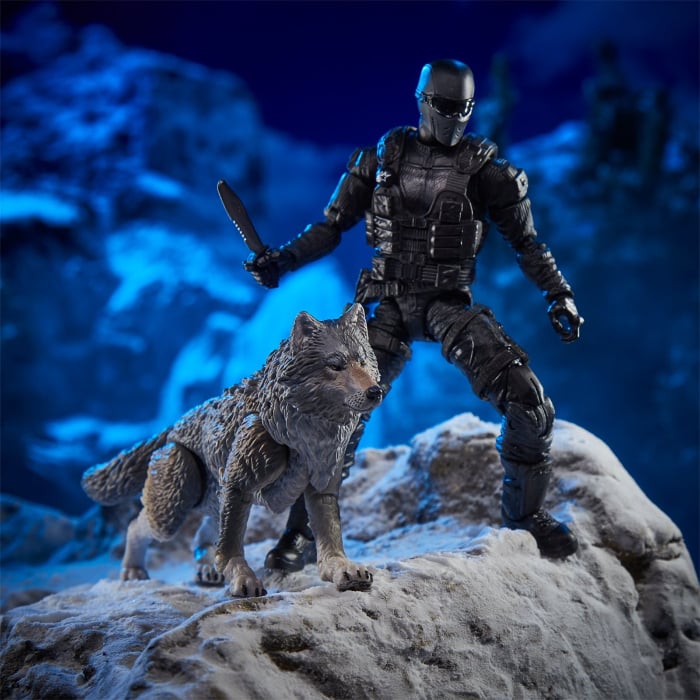 In the two movies based on the G.I. Joe characters, Snake Eyes has been played by actor Ray Park. The first one, G.I. Joe: The Rise of Cobra, was released in 2009 and was directed by Stephen Sommers and starred Channing Tatum, Ray Park, Lee Byung-Hun, Sienna Miller, and Joseph Gordon-Levitt.

Snake Eyes, the third film in the G.I. Joe universe, will focus on the ninja commando who usually dresses in black, hides his face, and doesn’t speak.

The character is one of the most lethal and popular members of the military anti-terrorist group, who establishes a romantic relationship with Scarlett (who will be played by Samara Weaving), the first female member of the team. Snake Eyes is known for carrying out solo missions alongside his wolf Timber and maintaining a rivalry with his brother Storm Shadow.