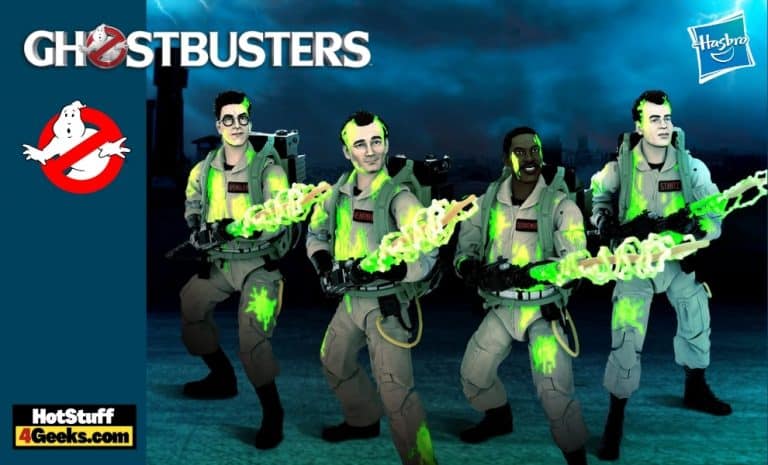 Hasbro is celebrating Ghostbusters day (8th June) with the re-release of their four main Ghostbusters 6-inch Plasma Collection figures. With authentic likenesses based on the original 1984 movie, the Hasbro: Ghostbusters Plasma Series Glow-in-the-Dark (series 1) 6-Inch Action Figures are sure to light up any collection!

This time around, the figures of Ray Stantz, Winston Zeddemore, Egon Spengler, and Peter Venkman will feature glow in the dark ‘slimed’ paint apps, and all four figures will come with a plasma stream that will also glow in the dark.

Hasbro: Ghostbusters Plasma Series  – Ray Stantz, Winston Zeddemore, Egon Spengler, and Peter Venkman Glow-in-the-Dark (series 1) 6-Inch Action Figures are now available for pre-order at the links below. Each figure is priced at $26.99 and they’re expected to be released in October 2021. 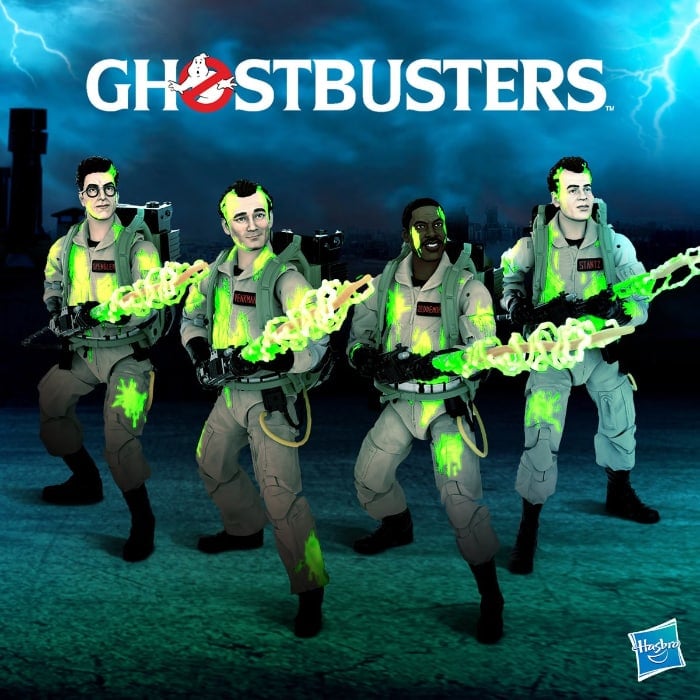 Peter Venkman (Bill Murray), Raymond Stantz (Dan Aykroyd), and Egon Spengler (Harold Ramis) are three sympathetic parapsychologists who study ghosts and other supernatural phenomena. One day they decide to start their own business: The Ghostbusters.

As soon as they start working, unexpected problems with ghosts arise. Meanwhile, Peter Venkman is attracted to Dana Barrett (Sigourney Weaver), who has a problem: her refrigerator is possessed by spirits! 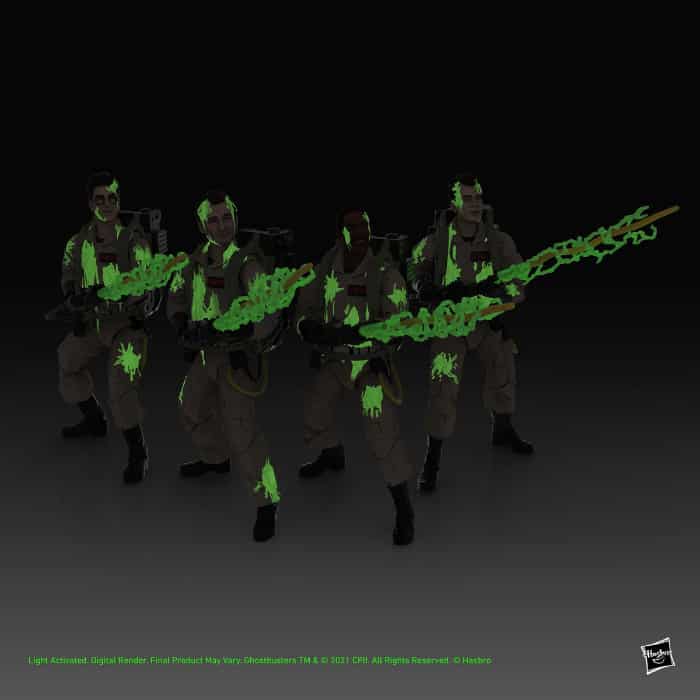 Make way for 80s comedies and one of pop culture’s prodigies. Emerging as the second most profitable film of 1984 – only behind Beverly Hills Cop with Eddie Murphy – Ghostbusters quickly achieved critical and commercial success.

Nominated for two Oscars (Best Visual Effects and Music), Reitman’s film quickly achieved must-see cultural status. It was even highlighted as one of the best American comedies ever (AFI, Entertainment Weekly, Total Film, IGN, among others.

The Ghostbusters brand’s massive franchise includes the 1989 sequel, television series, comic books, games, and a fantastic and imaginative reboot that turns the protagonists into women for the new era.