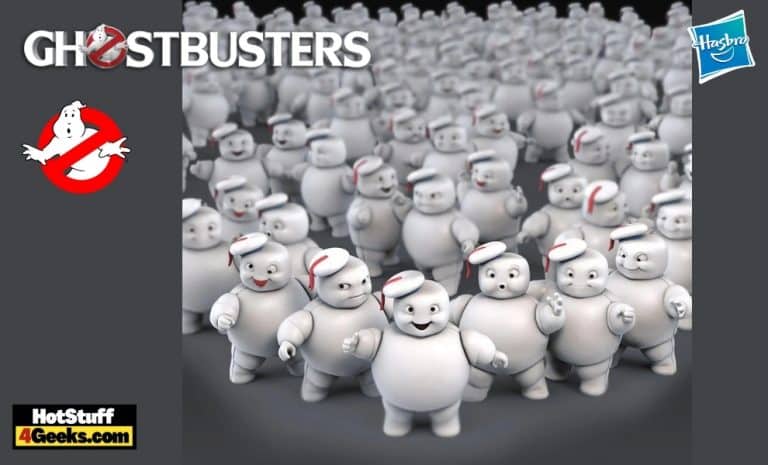 Hasbro announced the forthcoming arrival of a batch of Mini-Pufts, the tiny versions of the Stay Puft Marshmallow Man from the upcoming Ghostbusters: Afterlife movie.

Ghostbusters: Afterlife is a direct sequel to the two original films from 1984 and 1989. The concept of the new film revolves around a single mother and her two children who move to a farm in Oklahoma, inherited after their grandfather’s death. After several peculiar events in the town, they discover their grandfather’s connection to the paranormal events in New York in the 1980s and the legacy he left them.

The new Ghostbusters Plasma Series: Mini-Pufts Marshmallow Men features a premium design, detailing, and articulation, this highly poseable collection of action figures embodies the quality and realism of Ghostbusters fans are looking to trap. Each 3-pack will feature 6 individual heads, so plenty of options for display and army building your Mini-Puft horde.

Hasbro: Ghostbusters Plasma Series Mini-Pufts Action Figures 3-Pack is now available for pre-order at the links below. The set is priced at $26.99 and is expected to be released in February 2022. 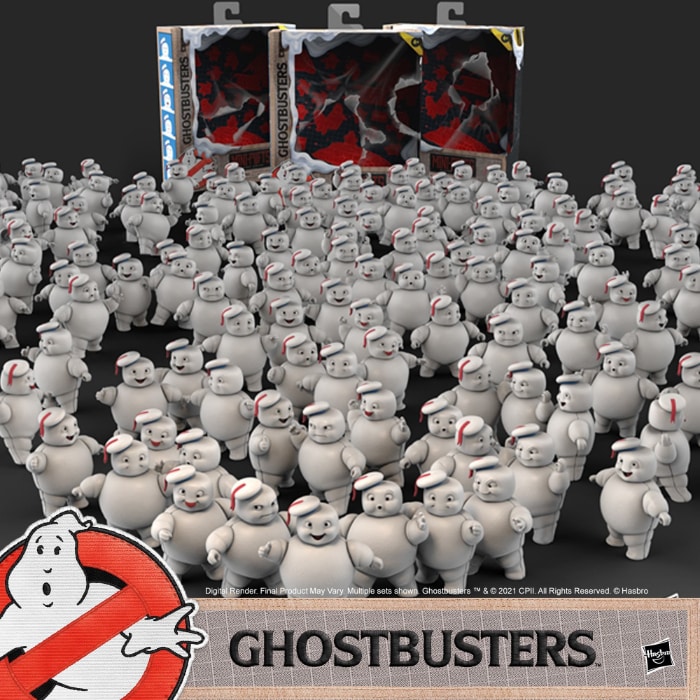 Set to premiere this fall, Ghostbusters: Afterlife gets its first teaser and reveals a mini Stay-Puft Marshmallow coming to life! Curious?

What if we were out shopping and came across not a ghost but a mini marshmallow coming to life? Scary? Comical? Perhaps, and therefore worthy of being in Ghostbusters: Afterlife. The new film from Sony Pictures, which for now is scheduled for release in the fall of 2021, has just unveiled the first official teaser with some “little candies.”

In the leaked clip, we see Paul Rudd shopping, distracted, until he hears a noise from a marshmallow bag. So, here comes a mini stay-puf marshmallow, which looks normal-sized but with a difference… it’s not alone, and they’ll try to have fun making s’mores out of each other.

The new film, directed by Jason Reitman, the son of Ivan Reitman (director of the original “Ghostbusters”), looks like it will include the same dose of horror and comedy, but with a completely different twist. In this new project, the main characters are children, and they will be the new generation of Ghostbusters.

Paul Rudd is joined by Finn Wolfhard (“Stranger Things”) and Mckenna Grace (“Annabelle 3: Homecoming”) as the young siblings who move to a small Oklahoma town with their mother, played by Carrie Coon, after inheriting their grandfather’s house.