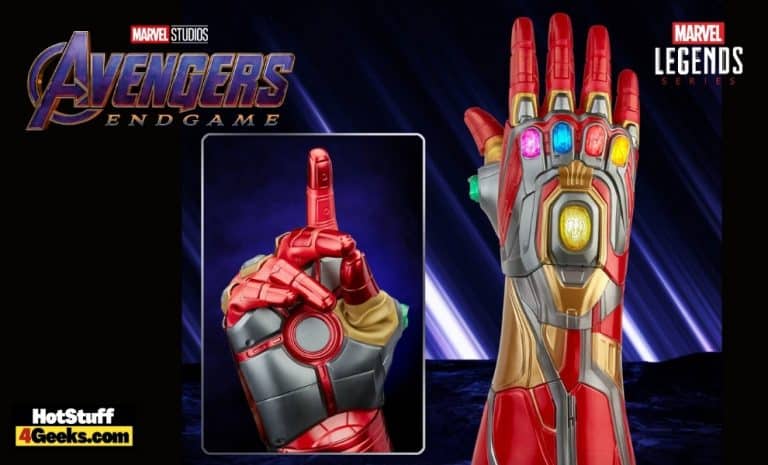 In Avengers: Endgame, Iron Man made the ultimate sacrifice in the final battle against Thanos. To defeat the great villain once and for all, Tony Stark stole the Infinity Stones and used them in his Nano Gauntlet to make him and his army disappear.

However, the heroic act came at the cost of Avenger’s life. The energy and power of those mighty objects were simply too much for a human being. The moment served as the conclusion of the character’s 10-year arc.

This nifty Nano Gauntlet Prop Replica has five articulated fingers and a flexible wrist, plus light-up Infinity Stones that are removable! It also includes a display stand and features electronic lights and sounds.

The Iron Man Nano Gauntlet roleplay item lets you suit up as Tony Stark for the famous snap to end all snaps and make an excellent gift for Marvel’s Infinity Saga fans.

Marvel Legends – Avengers: Endgame Iron Man Nano Gauntlet Prop Replica by Hasbro Marvel Studios Infinity Saga line is priced at $99.99. Pre-orders are already live and can be found at the links below. Its release is scheduled for August 2021. 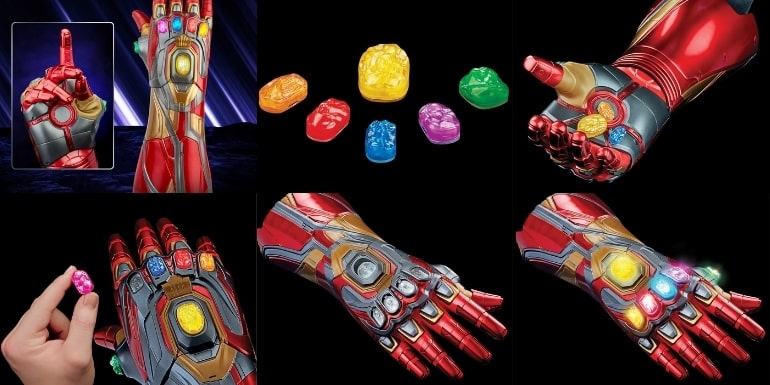 The entire world could have disappeared in Avengers: Endgame, but Iron Man made it possible for every threat to be reduced at the snap of a finger.

Avengers: Endgame has certain loopholes that, with a bit of logic, can be solved. One of the most simple questions is to know how Iron Man could steal the Infinity Stones from Thanos in the final battle. Even, why didn’t he do the same on the Titan planet in Avengers: Infinity War? Here we hit upon the long-awaited answer.

The answer is simple if you consider how involved Iron Man was in the plot of Avengers: Endgame. It so happens that the Nano Gauntlet, the one created by Tony Stark, is made with the same nanotechnology as Iron Man’s suit. In this way, the Infinity Stones could automatically pass into his power without removing them manually.

Furthermore, as seen throughout the UCM until Avengers: Endgame, mortals, cannot have direct contact with the stones. Iron Man, therefore, used the technological support of the gauntlet with that of his armor to avoid damage from such contact.