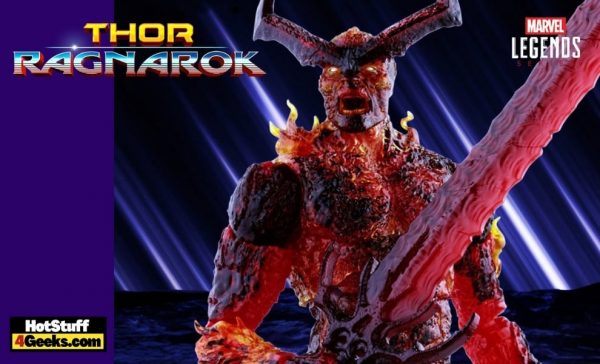 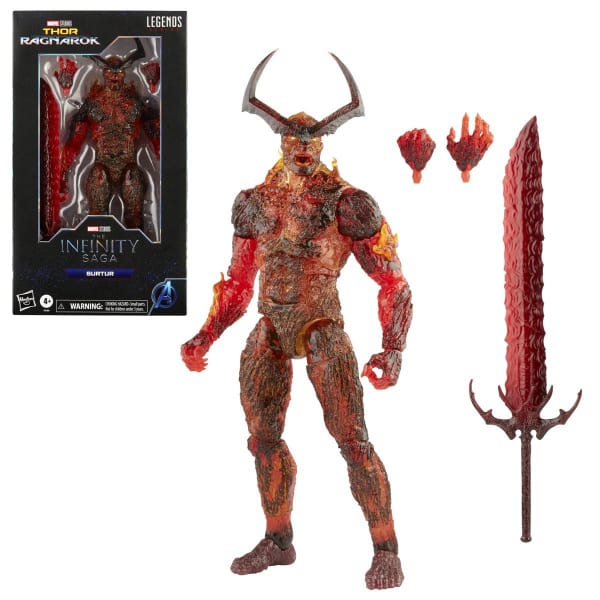 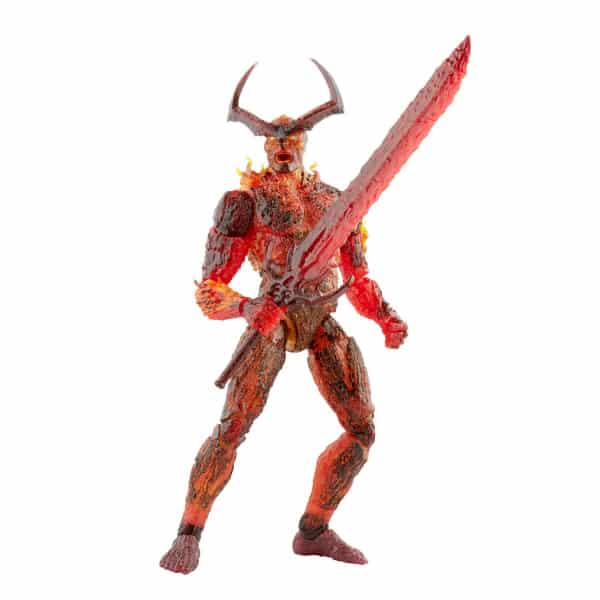 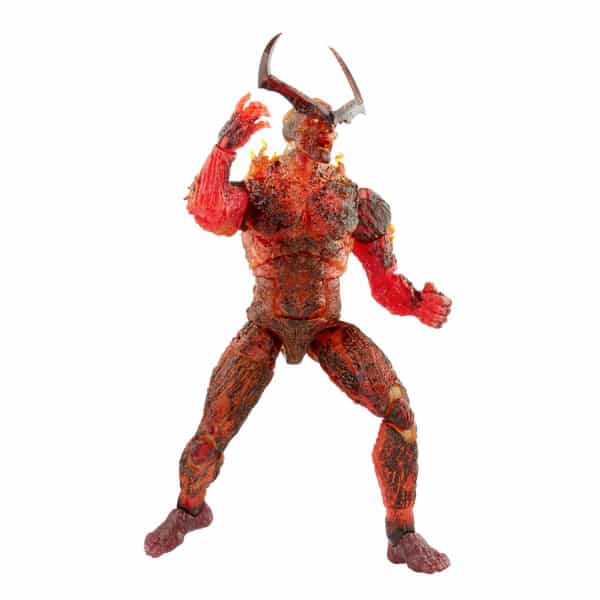 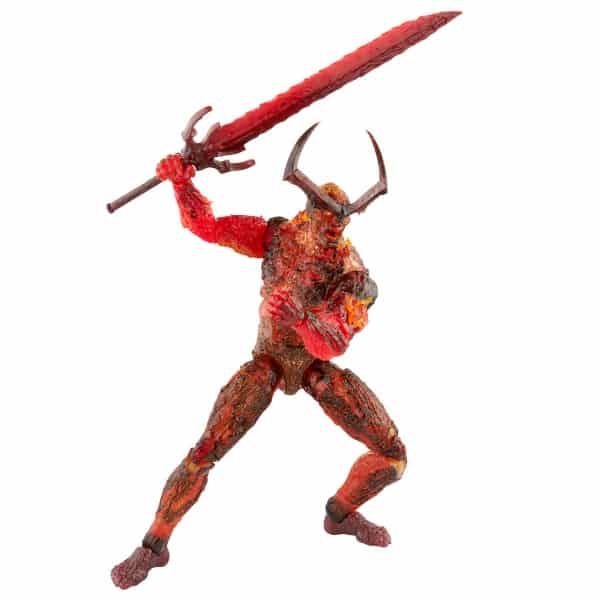 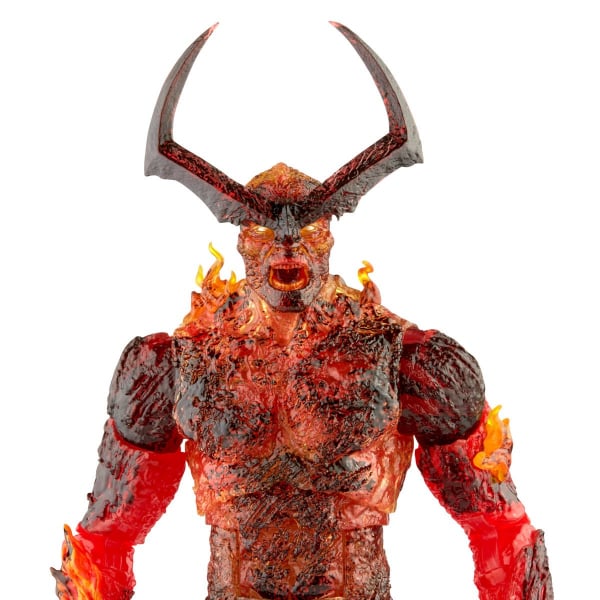 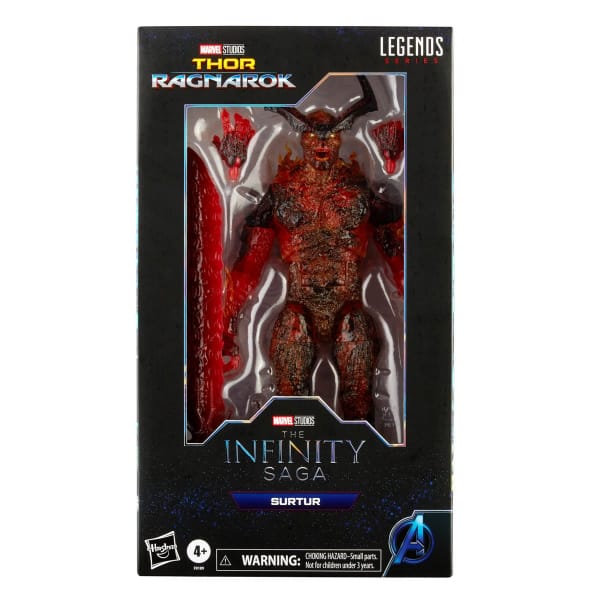 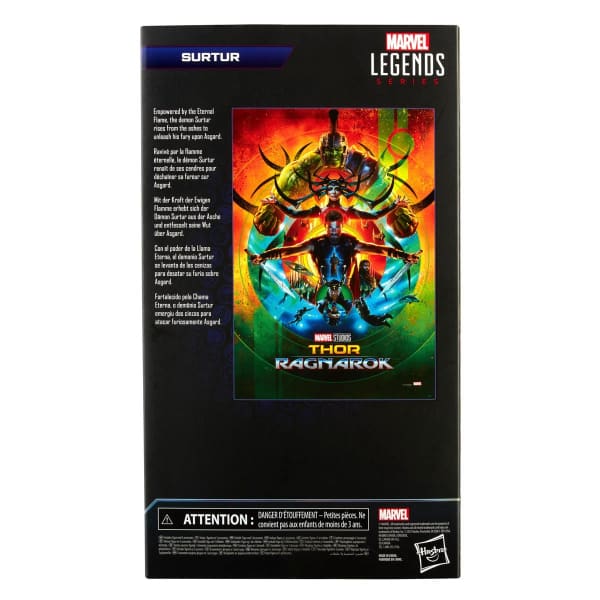 Thor Ragnarok’s Surtur action figure is the tallest MCU Marvel Legends release to date, standing 13-inches tall. He comes with an alternative set of hands, as well as his sword. Surtur will be packed in a new format box for the Marvel Legends MCU/Movie figures extending the box upward to match Surtur’s height.

A giant with vast power, Surtur is fire incarnate. One of Marvel’s most powerful beings, the leader of Musphelheim, stands over 300 meters tall, and his strength has few rivals in the universe.

Surtur is considered immortal and almost invulnerable and can dematerialize and transform parts of his body into other forms. With superior intelligence, the demon has the gift of levitation and inter-dimensional travel.

An extraordinary warrior, Surtur possesses the Sword of Twilight, a weapon of an unknown metal endowed with vast magical powers. When this sword is illuminated with the Eternal Flame, Surtur announces the arrival of Ragnarök to all the kingdoms, thus symbolizing the end of time.

The Marvel Legends: Thor Ragnarok – Surtur 6-Inch Scale Action Figure from Hasbro Marvel Studios Infinity Saga line is priced at $52.99. Pre-orders are already live and can be found at the links below. Its release is scheduled for August 2021. 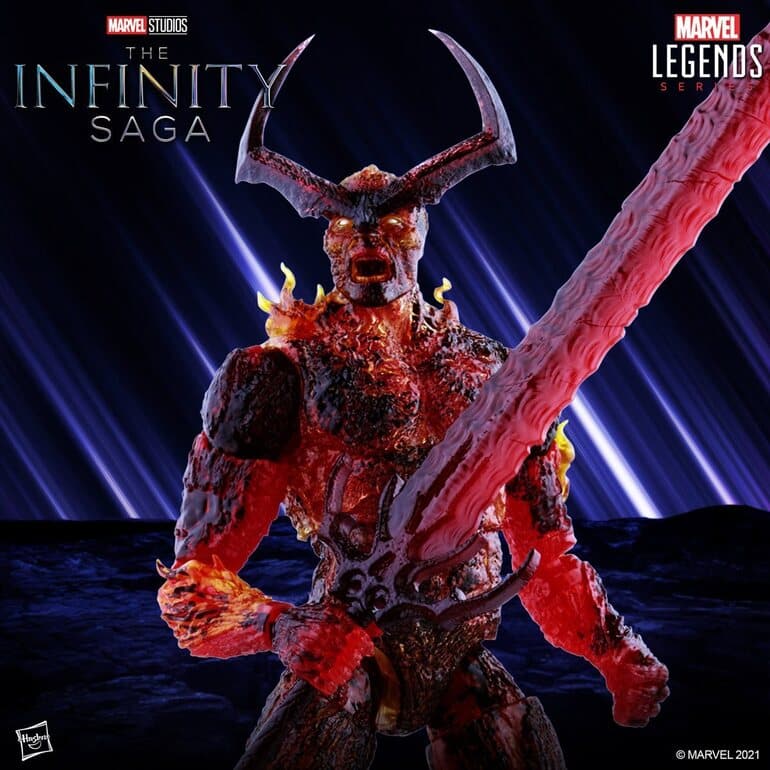 The fire demon has an origin steeped in mystery, with few details known about the creature. Surtur is native to Musphelheim, a realm of eternal fire and visually very similar to the Christian Hell. This dimension is home to fire demons and is covered with lava lakes, volcanoes, and giant flame pits.

Surtur leads Musphelheim, and it is not known when the demon gained power. Of the few details known about this powerful demon is that his existence predates Odin himself.

This revelation was made by the fire giant himself when Odin and his brothers traveled to Musphelheim. Surtur declared that it was his destiny to destroy Asgard by combining his Twilight Sword and the Eternal Flame as part of the eternal cycle of destruction and rebirth known as Ragnarök.

10 Things About Sharon Carter, Agent 13, in the Comics

Invincible: Who is Omni-Man? His True Motivations Explained