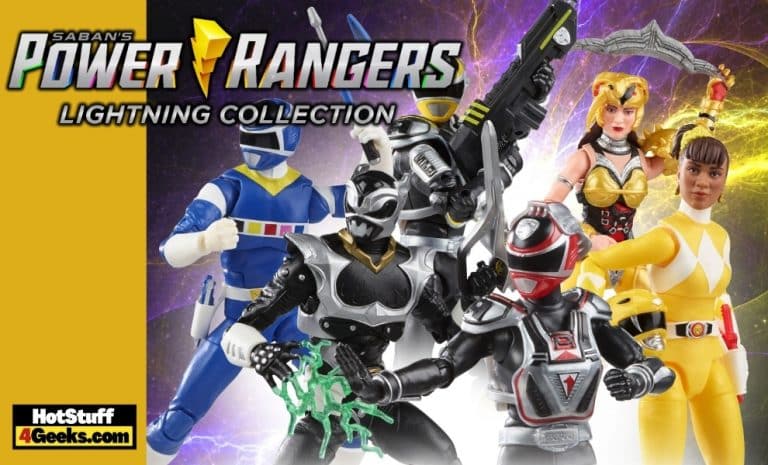 Revealed today during Hasbro Pulse’s #FanFirstFriday, it’s the Power Rangers Lightning Collection – Wave 10. It’s set to be released between September and November 2021 and pre-order are already live at the links below.

In the year 2025, humans and aliens live in harmony. Protecting that peace is Space Patrol Delta, which specializes in catching supercriminals and protecting everyone in the future.

When the Troobian Empire decides to make Earth its newest target, and with SPD’s A-Team missing, it’s up to the B-Team members to become the Power Rangers and save the planet from its new invaders.

The S.P.D. A-Squad Rangers, inspired by the classic S.P.D. season features premium paint and decorative details inspired by the show, over 20 points of articulation for multiple poses, Delta Enforcer, blast effect pieces, and an extra pair of hands for more ways to play or display. 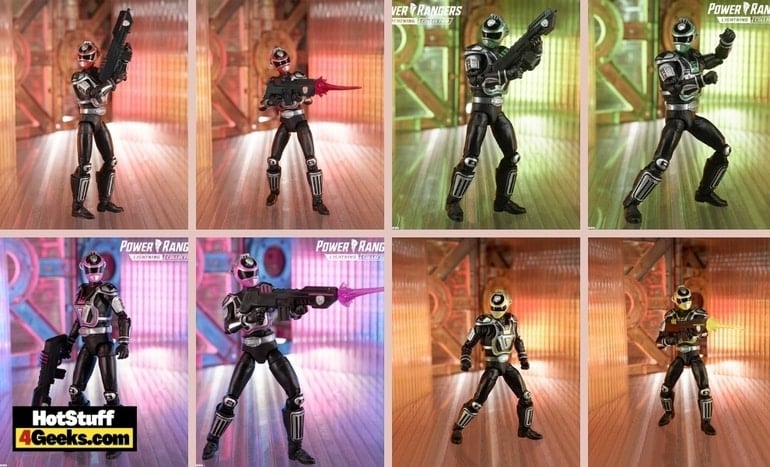 In Space, defeated by the forces of evil, who kidnap Zordon and leave them powerless, the rangers head out into space to his rescue. There, they meet Andros, the red space ranger, who allies with them to fight a new and powerful villain: Astronema, the evil queen.

Thus, a new Power Rangers team emerges, in what is still considered one of the best seasons in the history of the franchise, full of surprises and simply sensational fight choreography.

In the classic episode “Five of a Kind,” the Rangers follow TJ’s plan to disguise themselves as Blue Rangers, and Zhane goes undercover pretending to be the Psycho Silver Ranger.

This In Space 2-Pack includes multiple character-inspired accessories, including Astro Axe, Psycho Silverizer, blast effect pieces, and swappable heads for the Rangers, one of the Rangers in their helmets and one without. 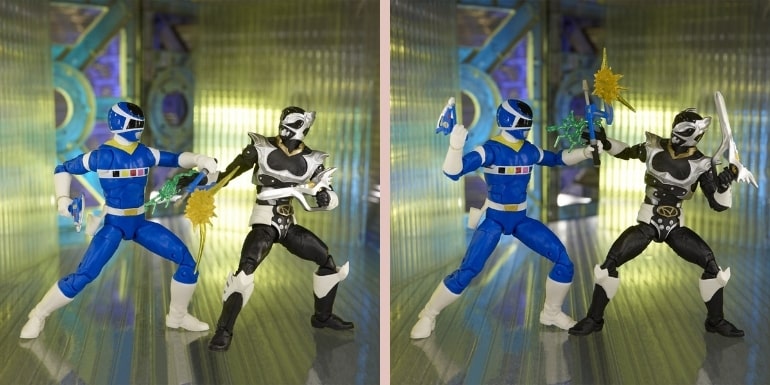 Premiering on August 28, 1993, and inspired by Kyoryu Sentai Zyuranger, Mighty Morphin Power Rangers was the series that started it all. When the evil sorceress Rita Repulsa breaks free from her prison on the moon after 10,000 years, the wise man Zordon chooses five feisty teenagers to stop her from conquering Earth, thus forming the first Power Rangers team. Later on, a sixth warrior, Tommy the Green Ranger, who starts as an enemy and becomes a powerful ally, appears.

This Mighty Morphin 2-Pack includes multiple character-inspired accessories, including Power Daggers, Scorpion Fin, blast effect pieces, and a swappable head for the Yellow Ranger, one of the Ranger in her helmet and one without. 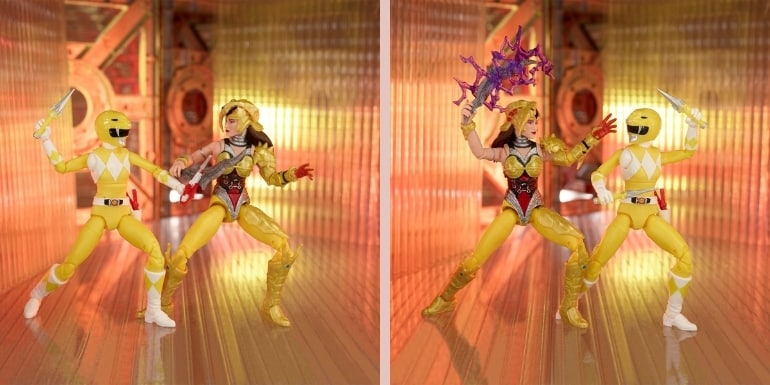 With 27 seasons and one more on the way, Power Rangers has made pop culture history as one of the longest-running children’s franchises of all time. Inspired by the Japanese Super Sentai series, which has introduced a new squad of colorful heroes every year since the 1970s, the rangers have been making their mark on many people’s lives for nearly three decades with stylish transformations, giant robots, and sensational fight choreography.