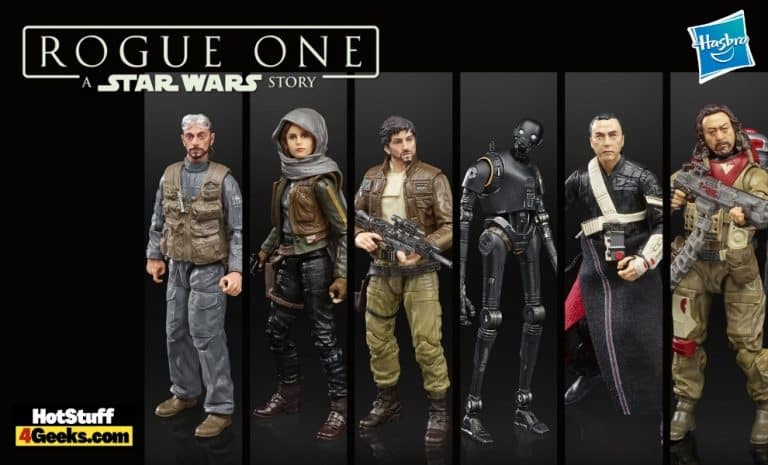 The Hasbro Fan First ‘I am your Father’ live stream on the 9th of June revealed saw a big focus on Rogue One as we reach the film’s 5th Anniversary.

In a similar treatment to Rebels last year, Rogue One will have a new wave that ‘completes the crew,’ and that includes the long-awaited Bodhi Rook figure in his flight suit and with a removable backpack that unwinds with the cable.

Bodhi will be joined by re-releases in the new Galaxy Collection of the main Rogue One characters, all now with photo-real face updates. Jyn Erso is #01 in the Rogue One series and comes with her removable hood/cloak. Cassian Andor will come in the outfit originally included in the 2-pack exclusive and has his three-part rifle.

Rogue One figures will use a turquoise color accent on their side art and box trim. Star Wars Black Series Rogue One Action Figures are now available for pre-order at the links below. They’re expected to be shipped in November 2021. 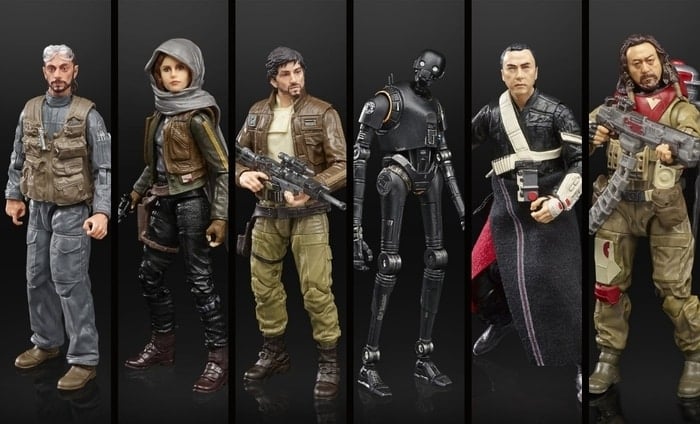 The turncoat pilot is here! Hasbro’s Star Wars The Black Series Bodhi Rook 6-Inch Action Figure just quit his job for the Empire and is moving on to new things. He includes a blaster, goggles, and backpack as seen in Rogue One: A Star Wars Story plus he has incredible articulation and a fantastic Riz Ahmed head sculpt 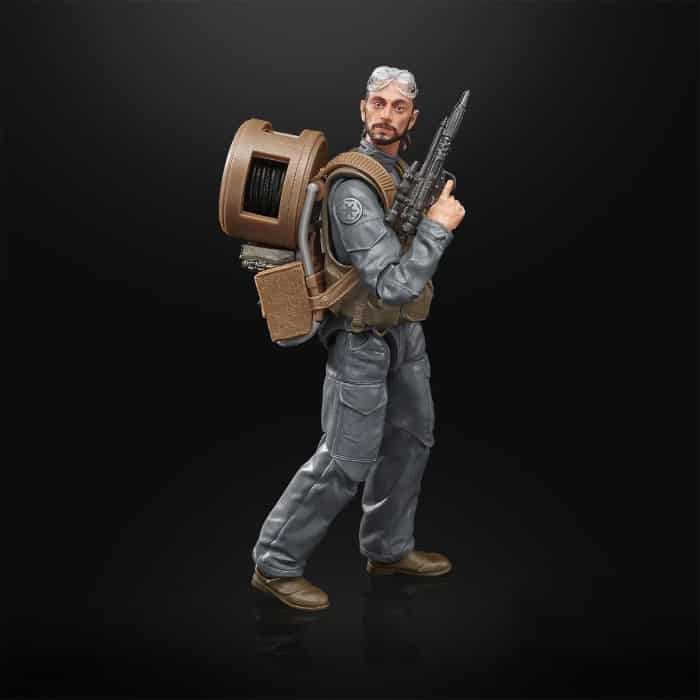 The Black Series takes on Rogue One! Add some awesome to your collection! Bring the next big thing in Star Wars home with the Star Wars: Rogue One The Black Series Jyn Erso 6-Inch Action Figure. This out-of-this-world 6-inch action figure was developed in conjunction with Lucasfilm and Hasbro to bring you the highest level of detail and authenticity at a price that can’t be beaten. Collect them all, and start your collection right here! 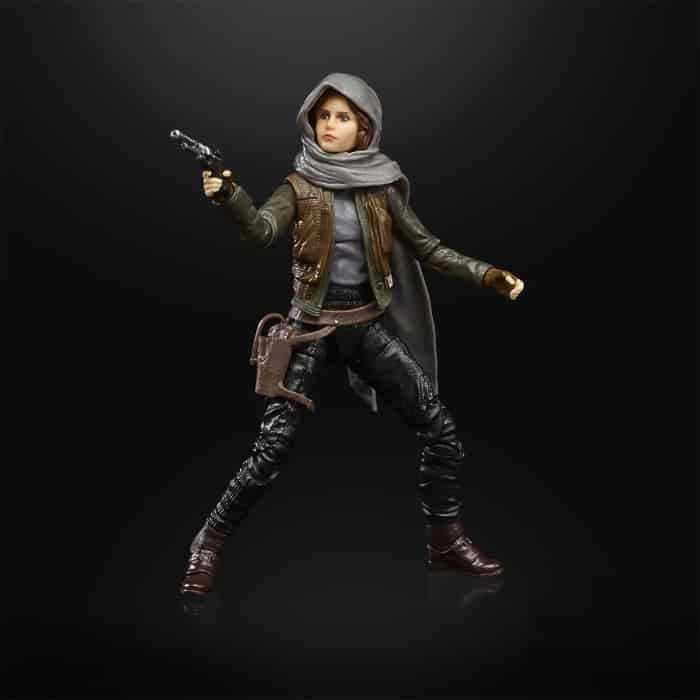 He’s seen some stuff! He’s a hero, he’s a killer, and he does what needs to be done for the galaxy. The Star Wars The Black Series Captain Cassian Andor 6-Inch Action Figure has an excellent portrait of Diego Luna and an awesome blaster that can be dismantled into three pieces. Don’t miss this one – he’s just the guy you need for your team of ragtag Death Star plan thieves! 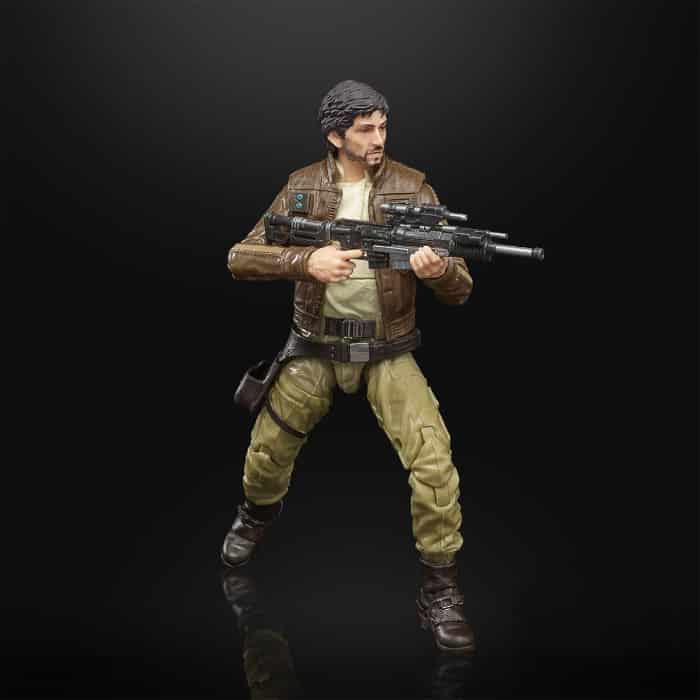 Your collection is being rescued! The Star Wars The Black Series K-2SO 6-Inch Action Figure helps resolve your lack of droids with this awesome 6-inch scale action figure from Hasbro. Relive Alan Tudyk’s first turn as the droid from Rogue One: A Star Wars Story with this high-quality super-articulated robot action figure. Now sympathetic to the Rebels, this formerly Imperial droid has a little scuffing and some paint from his old job – just the way you like it. 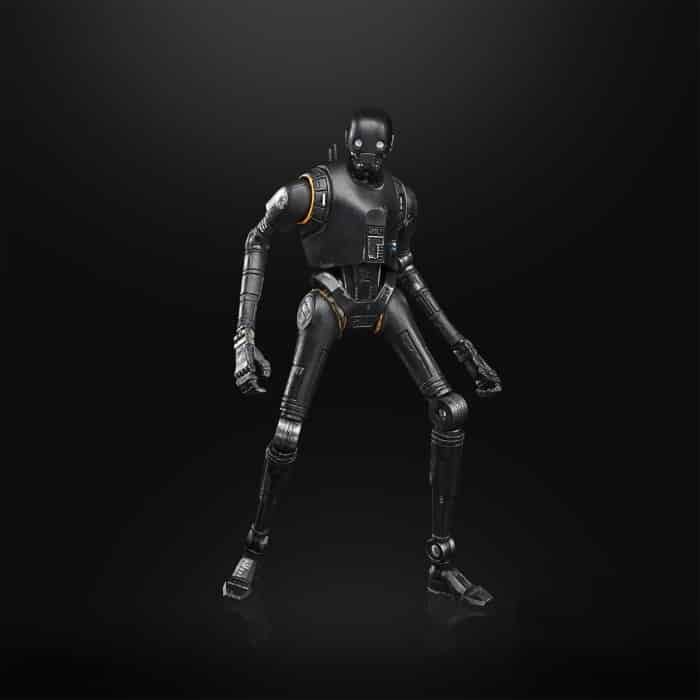 Get ready to join the galaxy’s Rebellion against the Empire! The Star Wars The Black Series Chirrit Imwe 6-Inch Action Figure comes with a walking stick, a lightbow, and the best Donnie Yen likeness in Hasbro’s Star Wars line to date! Complete with some cloth and plastic elements to his monk robes, this warrior is ready to alter the course of galactic events forever. 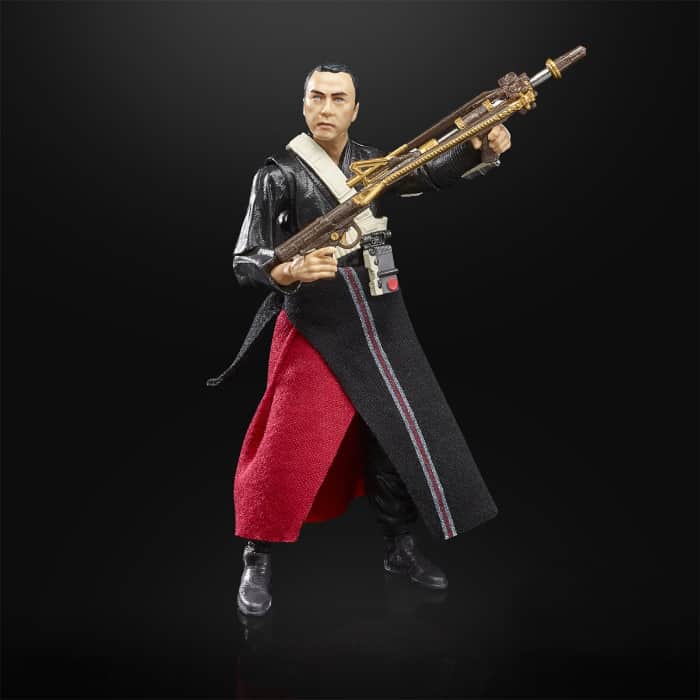 He’s gunning for a change! The Star Wars The Black Series Baze Malbus 6-Inch Action Figure is ready to leave Jedha – not really by choice – and will take aim at the Galactic Empire. The figure includes huge gun accessories and excellent articulation that’s ready to strike fear in the hearts of any stormtroopers that may cross his path. 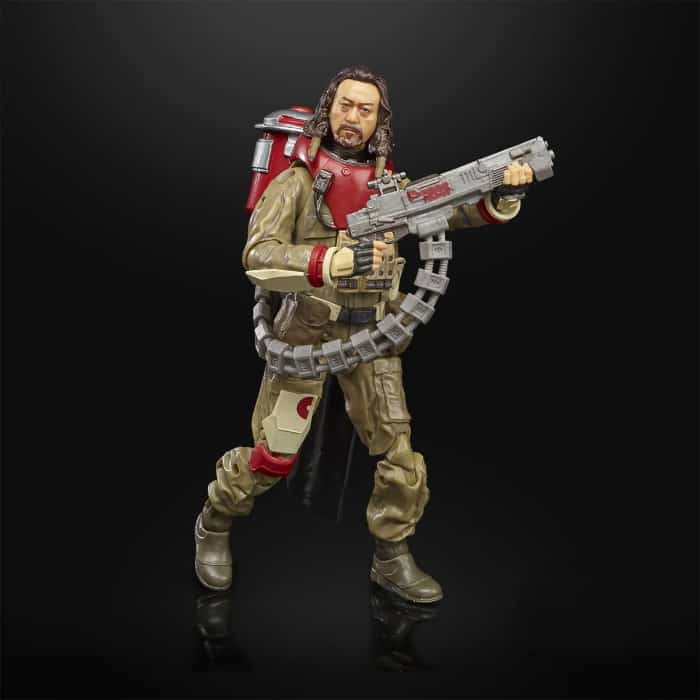