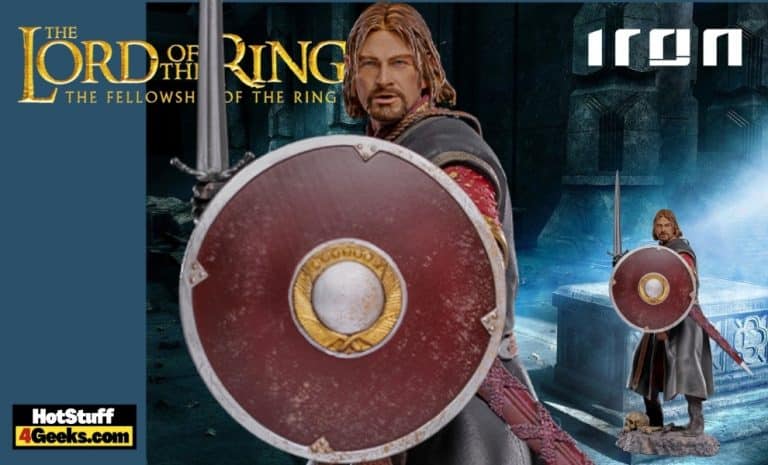 Boromir was the eldest son of King Denethor II, Regent of the kingdom of Gondor. He came to Rivendell, the house of Elrond, guided by a dream and desire to put an end to Sauron and his hosts, who were increasingly threatening his lands. He took part in the Council to obtain answers, and despite his initial misgivings, especially with Aragorn, he ended up joining The Fellowship of the Ring, which was to take the Ring to Mordor to destroy it.

Following on from the reveal of their Orc soldiers is this new Iron Studios 1/10 Art Scale figure of Boromir from Lord of the Rings, The Fellowship of the Ring. The statue features an excellent likeness to actor Sean Bean. Boromir is armed with his sword and shield, and as seen in the scenes in Moria as the Fellowship prepares to face off against the Orc horde and their cave troll.

The Boromir BDS Art Scale 1/10 – Lord of the Rings Statue by Iron Studios is priced at $149.99. Pre-orders are already live and can be found at the links below. Its release is scheduled for the 1st Quarter of 2022. 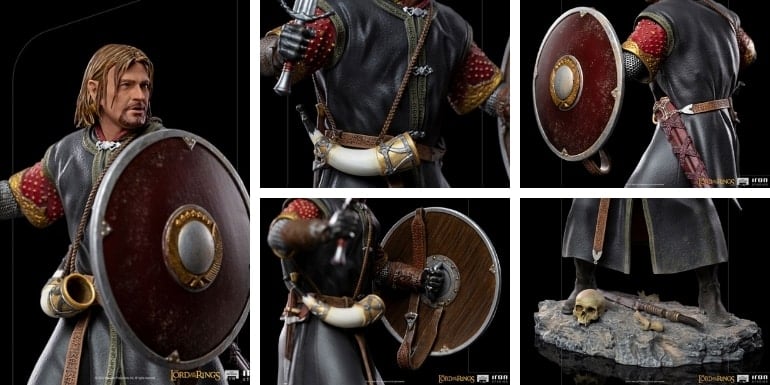 The Boromir  Statue can be displayed independently or together to form a larger battle scene from The Fellowship of the Ring, the first film in the Lord of the Rings trilogy.

In the movie, the Fellowship of the Ring traveled through Moria on the quest to destroy “One Ring” in Mount Doom and were attacked in the Chamber of Mazarbul by Orcs and the monstrous Cave Troll, in one of the most striking action moments.

Boromir proved his worth as a warrior in Minas Moria when he and the other members of the Society of the Ring were cornered at Balin’s Tomb and faced the attack of the Orcs. 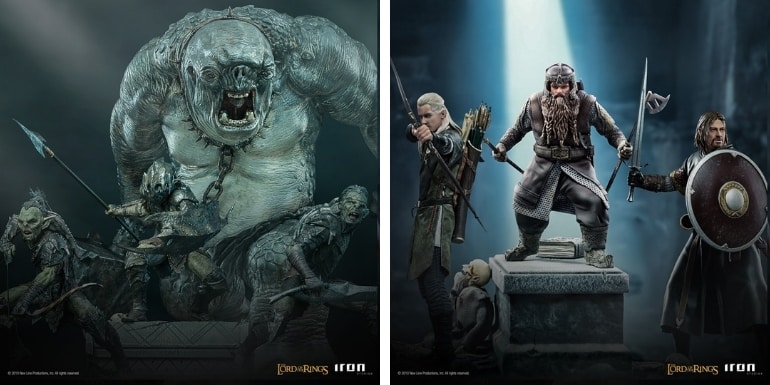 The Lord of the Rings trilogy offered us a thousand legendary moments, but few like the end of the first installment. Peter Jackson pulled out of his sleeve a farewell for Boromir that earns, without a doubt, a place of honor in our list of the best deaths in the history of the seventh art.

With the help of an emblematic group of allies, the hobbit Frodo embarks on a dangerous journey with the mission to destroy the One Ring. But Sauron orders the pursuit of the group, composed of Frodo and the Fellowship of the Ring. The mission is almost suicidal but necessary. If Sauron with his army of orcs managed to recover the Ring, it would be the end of Middle-earth. A path that will reach a critical point when the group meets the Uruk-hai army, sent by Saruman.

If Peter Jackson‘s film has a passage superior to the book by J.R.R. Tolkien on which it is based, it is the death of Boromir. The brave captain of Gondor achieves his redemption after having tried to snatch the ring from Frodo and does so by protecting Merry and Pippin with his life from the hordes of orcs that attack them. Sean Bean‘s character has an epic and beautiful ending.