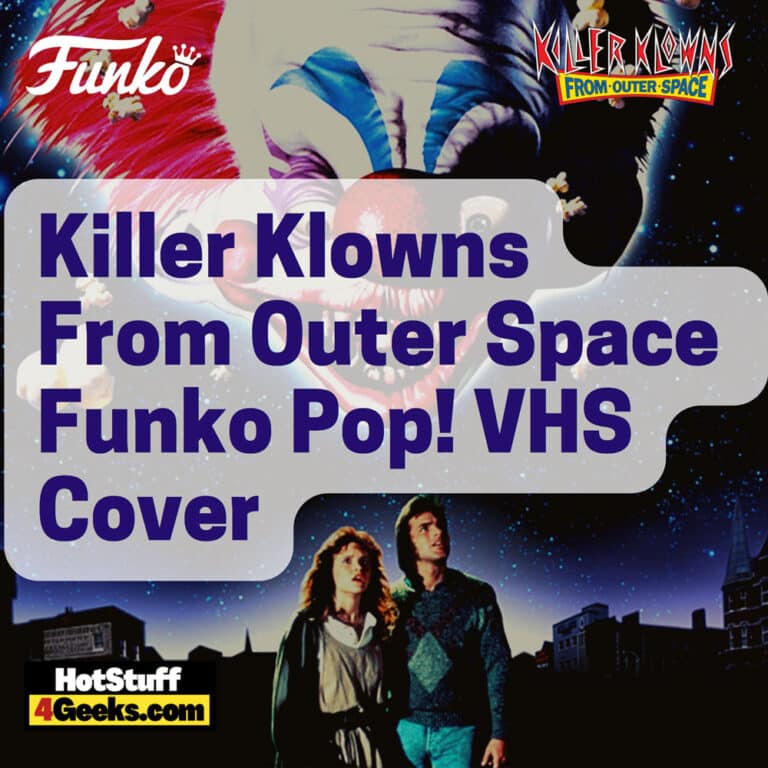 Finding the best way to show off your fandom of the best media out there is easier than ever.

Killer Klowns from Outer Space (1988) is simply the best clown horror movie of all time, with the best make-up/visuals, a whimsical art direction, and one fundamental detail: humor.

The film is the kind of unpretentious trash that became a cult movie.

A conservative small town in the interior of the USA (where else?) is invaded by alien clowns. They land with their circus tent-shaped spaceship and begin to murder the locals and wrap them in cotton candy cocoons.

The weapons used by the Klowns are the most original on record: mutant popcorn, toy mallets, shadow theater, and a dog-shaped bladder.

While Stephen King’s ambitious It film is an analogy to childhood trauma and leaves room for several interpretations, Killer Klowns gets to the point and is not afraid of being ridiculous.

To this day, the film is celebrated and strongly recommended for anyone who enjoys a good trash movie.

Based on the cult classic B-movie, this Funko Pop is a must-have for any self-respecting horror fan.

Killer Klowns From Outer Space VHS Cover Funko Pop! is an unconfirmed release. It is only official when or if Funko announces it. I’ll update more information in the long run.

With its bizarre title, the directors already showed their creativity and did not disappoint with the finished product. They simply made one of the most memorable and insane B movies of the 1980s.

Anyone who has never seen the movie – if there is such a person – must be wondering whether Killer Klowns is meant to be taken seriously or is it an admittedly slapstick movie.

Believe it or not, it is a slapstick movie that takes itself seriously.

Killer Klowns has excellent production, great (and cheap) special effects, and an unknown but committed cast that doesn’t compete for the worst acting.

Besides this, the film rarely exceeds the limit of good taste, so I can’t entirely agree that it can be considered simply “trash” – the label usually given to productions that are so bad they are good.

However, nowadays, any horror film can be called that. Is Killer Klowns trash? Maybe the idea, the conception, yes, but the direction, for sure, is not.

We are faced with a genuine and witty B movie. It’s true but very far from being bad.

All right, all right, it’s a piece of nonsense taken seriously. But is it scary? Of course not!

Maybe it would be if the directors had their Killer Klowns attacking the townspeople with axes and sharp knives.

But the Chiodo brothers are nice guys.

They have made a movie where the Killer Klowns use creative devices to eliminate their victims through objects, situations, and pranks made by the Klowns as if they were in a big circus.

People are killed with cream pies in the face and guns that shoot popcorn, or they end up trapped in balloons and cotton candy cocoons (!!!).

In the bizarre and humorous universe of the film, even a simple game of shadows reflected on a wall can be deadly!

And although it includes a couple of scenes that are a little more serious and might even seem creepy – such as the Klown trying to lure a little girl out of the diner with a giant mallet hidden behind his back – Killer Klowns is not a scary movie.

Unless, of course, you are terrified of clowns, like the Chiodo brothers themselves.