2022 NEW Mando and Grogu in the N-1 Starfighter Funko Pop! 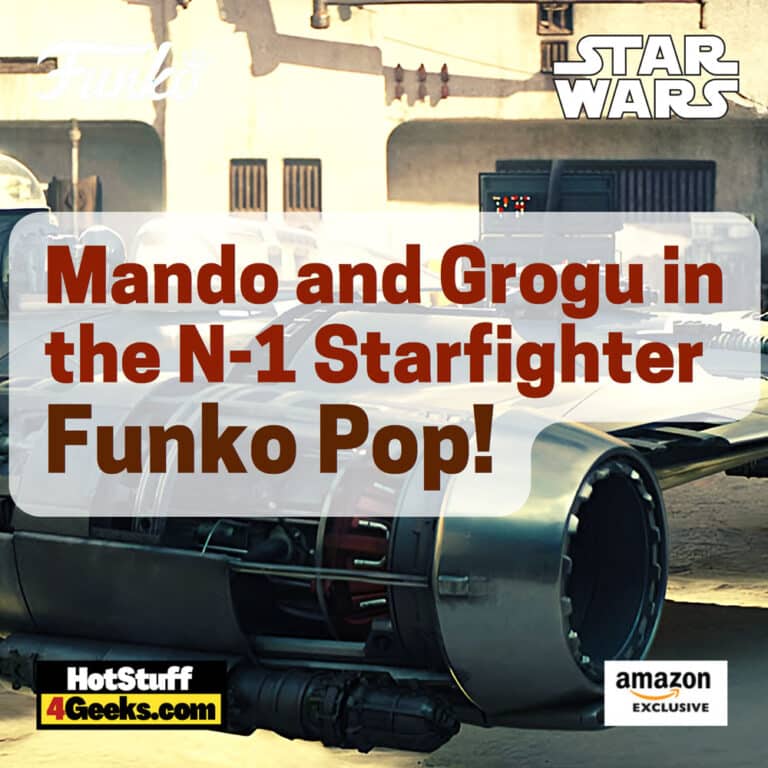 If you’re looking for the most fantastic ship in the galaxy, you must check out Din Djarin’s new N-1 Starfighter. This sleek and speedy ship it’s perfect for any bounty hunter who wants to make a splash.

Some ships in the Star Wars universe take on an almost mythical character. The Millennium Falcon, the X-Wing, and even Hera Syndulla’s Ghost ship from the Rebels series are fondly remembered by fans.

The N-1 Starfighter has also earned a place among Star Wars legends. It was the ship used by young Anakin to blow up the Trade Federation Droid Control Ship in The Phantom Menace.

I think we can all agree that Mando has found his perfect companion. His new sleek, minimalist spaceship is reminiscent of Luke Skywalker’s X-wing, and even though he is not a Jedi, it seems to be some sense that this ship makes him feel more of a Hero.

It sounds incredible, but Din Djarin is even more terrific than before. After all, he’s got the best and fastest ship in the galaxy! Now we’ve just got to wait and see if a particular green child joins him for a joyride.

The Amazon Exclusive Mando and Grogu in the Naboo N-1 Starfighter Funko Pop! Super Deluxe is coming soon. There’s no release date yet, but stay tuned because I’ll update more information in the long run.

After the destruction of the Razor Crest, Mando must get around the galaxy on commercial flights. He buys a ticket to Tatooine, where Peli Motto has promised him a replacement for his ship.

Once in Mos Eisley, Djarin immediately goes to Hangar 3-5. And it turns out that the ship is not at all what the bounty hunter expected: an N1 fighter of the Naboo Royal Guard, exactly as seen in The Phantom Menace, but old and damaged.

Since nothing comes easy in Djarin’s life, he helps the mechanics fix the fighter and adjusts accordingly, including removing the yellow paint. The modifications they make to the ship make it exceptionally fast, with increased abilities compared to its early predecessor.

The N1 is ready, and it’s time to take it for a spin. What follows is a complete treat for The Phantom Menace fans. The sound, the test drive, everything is reminiscent of the movie.

Djarin pilots the fighter along the same course as the Boonta Eve Classic, the race young Anakin Skywalker wins in the movie.

The N1 fighter’s controls, incidentally, are the same ones the boy tries to understand before the Battle of Naboo.

So if you’re looking for a cool new ship to add to your fleet, be sure to pick up the Mandalorian in N-1 Starfighter Funko Pop! Deluxe figure.