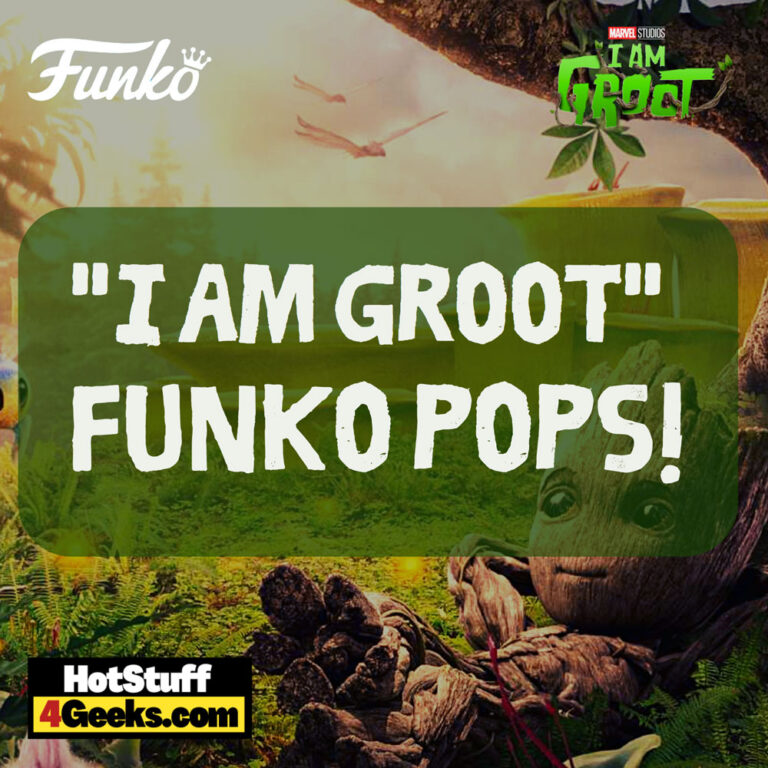 Baby Groot, the “little” version of the huge and ferocious flora colossus we met in the MCU movies, arrived at Disney+ and Funko!

So I recommend starting to practice your Groot-ese. Perhaps, maybe with these new I Am Groot Funko Pops (2022).

I Am Groot is a sequel to the post-credits scene from Guardians of the Galaxy Vol. 1 (2014), where fans could cheer as they see Baby Groot dancing happily in his flower pot after the superhero group has defeated Ronan.

In the movie, Peter Quill, Gamora, Rocket, Drax, and Groot join forces to control the powerful energy of the Power Stone (one of the Infinity Jewels) against the villain.

In this scenario, Groot created a protective shield out of his branches to protect the rest of the team at the cost of his own life.

Here’s the I Am Groot Funko Pops list to collect:

I Am Groot Funko Pop! Vinyl Figures (2022) is an unconfirmed release. It is only official when or if Funko announces it. I’ll update more information in the long run.

If you’re a fan of Marvel Studios’ Guardians of the Galaxy, then you’re probably already well-acquainted with Groot, the lovable tree-like creature who is always there to save the day.

Even if you don’t know much about Groot, you probably still know that his favorite phrase is “I am Groot.”

But you might not know that Groot has a lot more to say than just his name.

In fact, Groot is capable of saying quite a lot, but it can be difficult to understand him because he often speaks in a different language known as “Groot-ese.”

Even some of the other Guardians have trouble understanding him at times.

Luckily, there are ways to practice your Groot-ese so that you can better understand what he’s trying to say.

One way to do this is by watching episodes of the I Am Groot animated series, which features an adorable baby version of Groot that is slightly easier to understand.

So next time Groot says “I am Groot,” see if you can figure out what he really means. Chances are, he’s trying to tell you something important.

You can also try to collect the new pops and become fluent in Groot before Guardians of the Galaxy 3 comes out!

You don’t want to be the only one in the theater with no idea what’s going on.