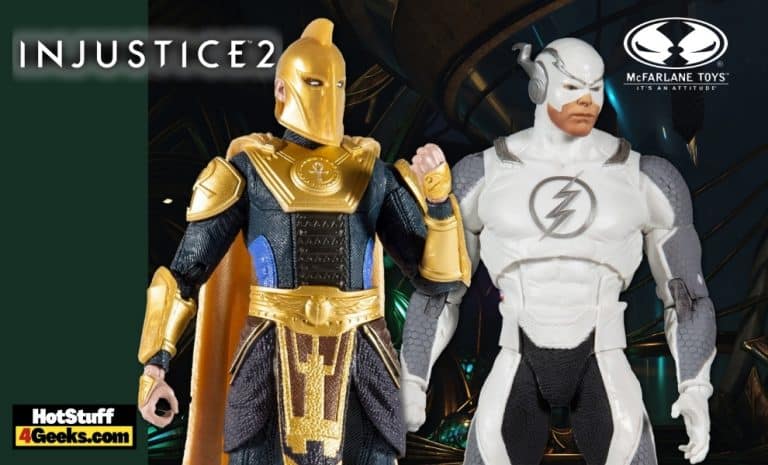 Following the events of the “alternate” Earth already presented in the previous game, Injustice 2 depicts Batman’s attempts to undo the remnants of the former dictatorial regime of Superman, who is confined in the Red Sun Prison.

However, it is against this backdrop of uncertainty and broken friendships that a new threat emerges, headed by the humanoid Brainiac. Thus, a fragile alliance between old friends must be made to save the world.

The Flash returns to action, determined to redeem himself. The powerful wizard Kent Nelson knows that the world will end, which forces him to intervene on behalf of his heroic friends.

Dr. Fate is featured in his Servant of the Order skin and comes with a flight stand. Flash Hot Pursuit features him in his Speedster Armor Set and the Alternative Hot Pursuit Shader. Flash comes with Lightning Kick, Lightning Punch, Sonic bolt, and display base.

Each 7-inch scale action figure has up to 22 points of articulation, character-specific accessories and a display base, and a collectible art card with figure photography on the front and a character biography on the back.

The DC Gaming Wave 4 – Injustice 2: Dr. Fate & Flash Hot Pursuit 7-Inch Action Figures is priced at $19.99 each. Pre-orders are already live and can be found at the links below. Its release is scheduled for July 2021. 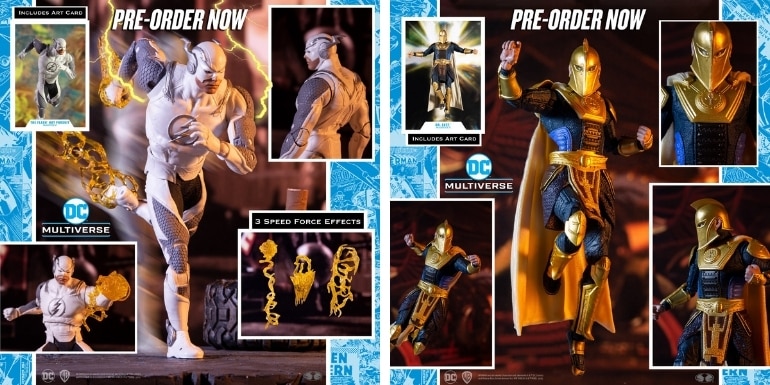 In Injustice 2, we have the arrival of Brainiac. He is an alien robot who can control machines and collect cities in his ship, making them miniatures, along with their inhabitants.

While Superman remains imprisoned and Batman rebuilds a world almost devastated thanks to the tyranny of the Man of Steel, Brainiac approaches Earth, ready to dominate its cities and destroy whoever is in his way. To do this, the villain allies himself with some Earth criminals to help him in the invasion process.

Of course, in the meantime, what’s left of the Justice League tries to contain the chaos and the supposed invasion but is overwhelmed when Brainiac arrives, forcing Batman to rethink his relationship with Superman – who may now be a powerful ally against the unprecedented alien invasion.