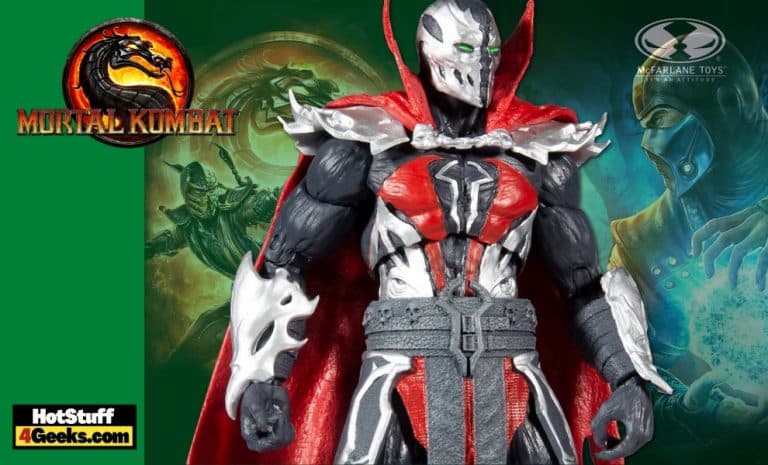 There are superheroes, villains, and metahumans beyond Marvel and DC Comics, although Spawn fits – rather – with an antihero profile. A role he has been hard-earned for almost three decades in his internal struggle to establish a balance between good and evil by deploying his demonic powers. Which, by the way, makes him fit like a silk glove in Mortal Kombat 11.

Based on the Malefik Skin as seen in Mortal Kombat 11 Kombat Pack DLC, this 7-inch scale Spawn action figure makes a great addition to any Spawn collection.

The incredibly detailed figure is designed with ultra articulation with up to 22 moving parts for a full range of posing and comes with 2x ectoplasm fires and a display base. The figure is showcased in Mortal Kombat-themed window display packaging.

Mortal Kombat 11 – Malefik Spawn 7-Inch Scale Action Figure by Mcfarlane Toys is now available for pre-order at the links below (click to jump!) It’s priced at $19.99 and is expected to be released in September 2021. 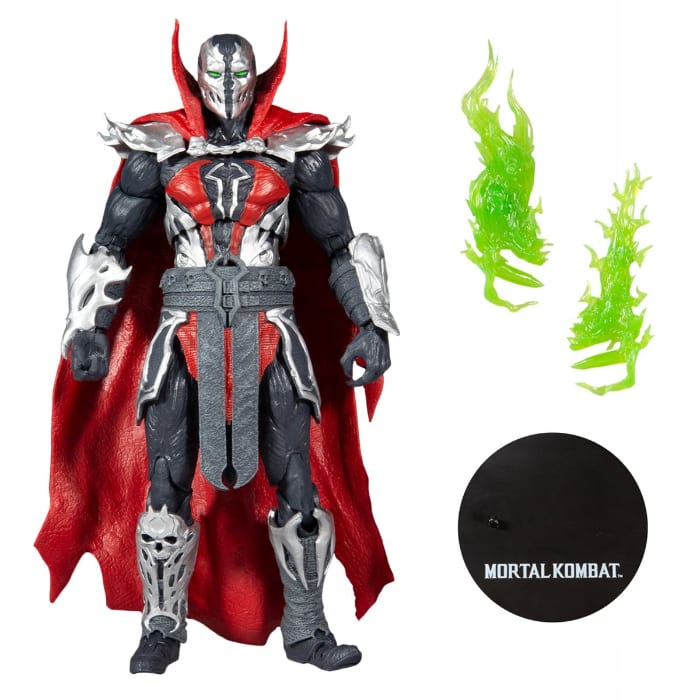 To put it in context, the character created by Todd McFarlane and the flagship of Image Comics was a significant blow to the superhero comic book industry. After all, although McFarlane had been shaping Spawn for years (since 1977!), his debut was also the zenith of Marvel’s resounding talent drain in the early 1990s.

This does not detract from the value of the character himself, managing to connect with readers almost instantly and achieving 1.7 million copies sold with his first issue, being a hit that would lead to merchandising animated series and even a movie before the end of the decade.

Spawn’s debut on consoles – barely three years after his first comic was published – was by the hand of Acclaim, the company responsible for adapting Mortal Kombat to home systems.

After a long lethargy in video games, Spawn reappears in Mortal Kombat 11 alongside the Terminator T-800, Joker, and the rest of Netherrealm Studios’ iconic fighters. Being, in addition, the finishing touch of the Kombat Pack.

Of course, he is looking better than ever thanks to the stunning finishes of the game itself and the brutality that has been insufflated through his punches, his special moves, his incisive Fatal Blow, and, of course, his brand new Fatality. McFarlane’s character seems to have been born to fight in Mortal Kombat.