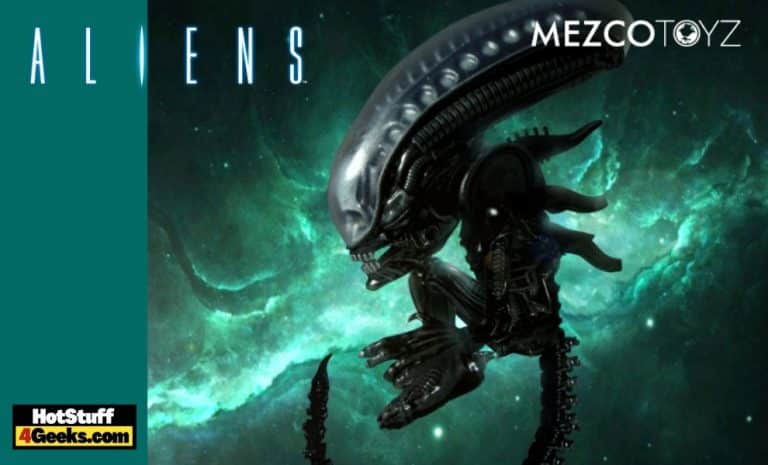 Mezco has opened up pre-orders for their Alien MDS Deluxe 7-Inch Action Figure, based on the original 1979 film. The set includes the Big Chap Alien, an Alien Egg, a Facehugger, and a Chestburster.

We all know this classic that made Sigourney Weaver and Ridley Scott famous. The 1979 film is a reference of the genre and, by the cult created and cultural impact, gave birth to more sequels, more or less convincing, and very mediocre spin-offs.

This film is the most successful in creating tension and terror in the audience. Who wasn’t disturbed when they first saw the little alien’s birth scene?

The hostile Xenomorph features a hinged outer jaw with a pop-out pharyngeal jaw inside and removable drool FX, interchangeable hands and legs, and a posable tail.

Don’t get too close! The included Ovomorph egg contains a posable Facehugger and an interchangeable top so that the Ovomorph egg can take on both open and closed forms. If you couldn’t escape the Facehugger, you’re not gonna like what happens next…

The infant form of the Xenomorph, the Chestburster, is also included and has a posable tail. The crew aboard the Nostromo are awakened from their cryo-sleep to investigate a distress call from an alien vessel. After the crew encounters a nest of eggs inside the alien ship, terror begins as they realize they are not alone.

The Mezco Designer Series Deluxe Alien is priced at $44.99 and is now available for pre-order at the links below (click to jump!) It is set to ship out in March 2022. 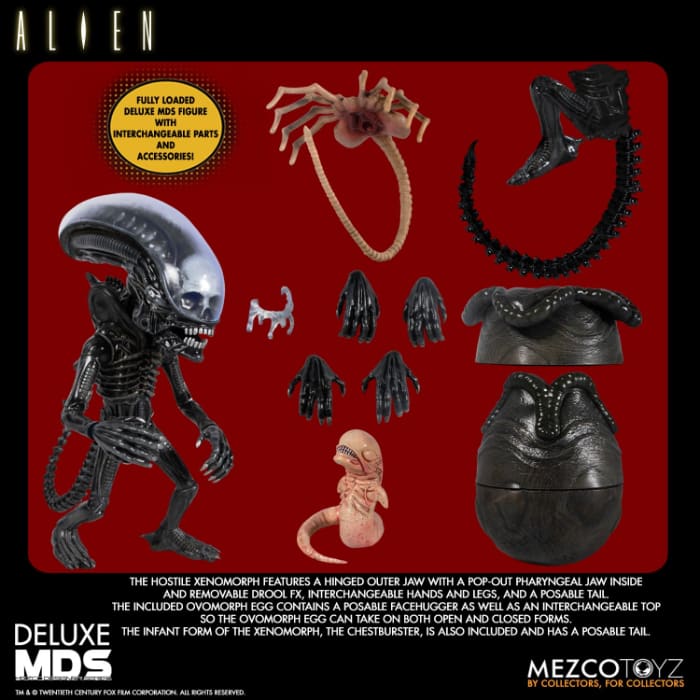 Forty-two years ago, Ridley Scott presented to the world the saga that would make him one of the most renowned directors of his era. Alien still serves today as a reference for much of what is done within the genre of sci-fi and horror, marking generations and sparking interesting theories and mysteries over the years.

Sigourney Weaver surprised everyone by jumping into the Hollywood spotlight as the courageous Ellen Ripley. She played one of the most badass female characters of all time, placing her in a heroine position and an important figure that strengthened the role of women in the face of more conservative mindsets.

Faced with a portrait of the unknown, Alien plunged into the depths of the universe, creating a growing atmosphere of suspense and claustrophobia, capable of unsettling with each revelation, reaching the perfect climax at a perfect pace. 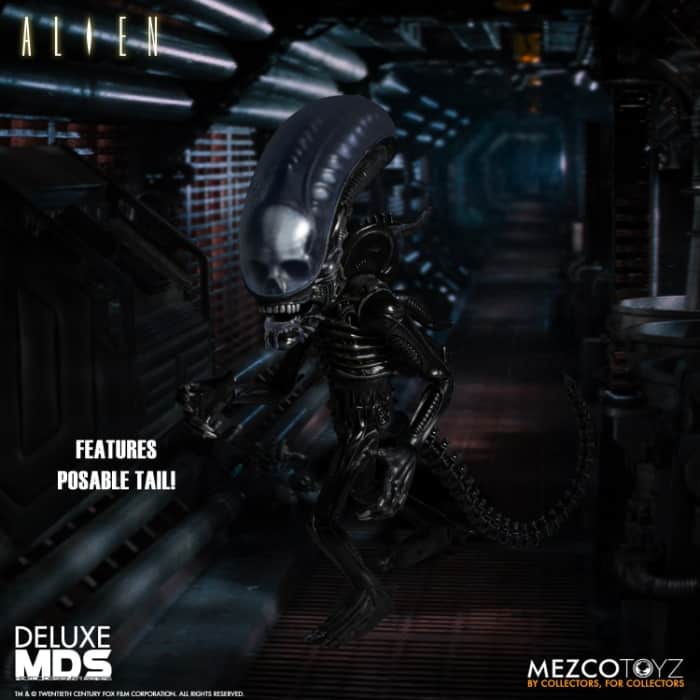 Onboard the ship Nostromo, now back on planet Earth, are seven crew members in space hibernation. When a mysterious signal transmitted from a planetoid is detected, the crew wakes up, investigates the situation, and stumbles into an unusual atmosphere, where an alien ship with a huge carcass inside, seemingly exploded, contains within its chest several eggs, one of which launches a creature into the face of one of the crew members.

The tension between team members increases, and there are confrontations between everyone in the face of unexpected situations.

Alien is one of the scariest movies ever made, lingering in the minds of those who watch it. Simple and effective. No matter how much you want to imitate it, nothing beats the perfect construction of this original pearl of sci-fi and horror.