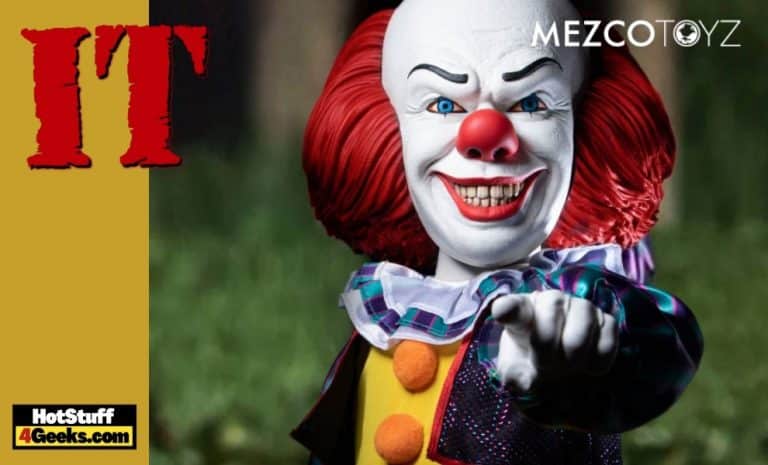 The 1990s are not necessarily known for their iconic horror movies, but some titles released in that decade remain completely terrifying to this day.

The first adaptation of Stephen King’s It features one of pop culture’s most recognizable horror characters. Tim Curry’s performance as Pennywise, an evil demon in the form of a child-killing clown, is frightening enough to cause a clown phobia!

From his fire-red hair to his oversized clown shoes, the Talking Pennywise Doll is dressed to kill in his brightly colored clown suit with pom-pom detailing on the front. The 15″ tall figure has 11 points of articulation and features a fabric outfit.

Pennywise comes with 6 built-in phrases, including “I’m Pennywise, the dancing clown!” and “They all float, and when you’re down here with me, you’ll float too!”

The MDS Mega Scale IT (1990): Talking Pennywise is up for pre-order at the links below. It’s set to be released in January 2022. 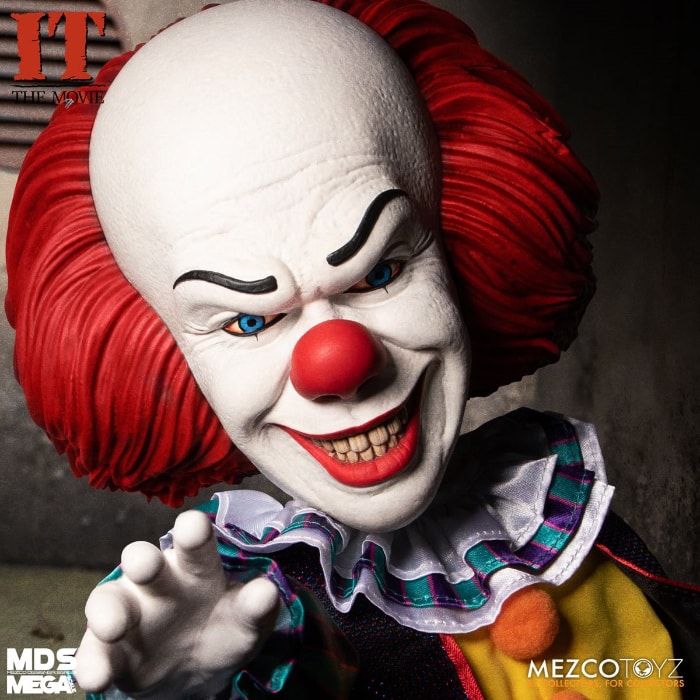 “It” (1990) is a horror classic and is considered by many to be one of Stephen King’s best adaptations. Originally thought of as a two-chapter miniseries with 90 minutes each and later made into a three-hour telefilm, the production divides opinions between praise and criticism.

As the alien monster named Pennywise, we had the iconic Tim Curry, apparently having a great time as one more insane, cartoonish character.

The story revolves around a group of friends who, after many years, come together to defeat a deadly creature that haunted them in their childhood.

In the 1990s, Michel Hanlon senses the monster’s presence. He calls his group of friends, Richard Tozier, Eddie Kaspbrak, Stanley Uris, Beverly Marsh, Ben Hanscom, and William Denbrough, to fulfill a promise to return to town if  It returned.

In parallel, we learn about the troubled childhood of the group of friends, discovering the events that transformed them into the adults they are today.