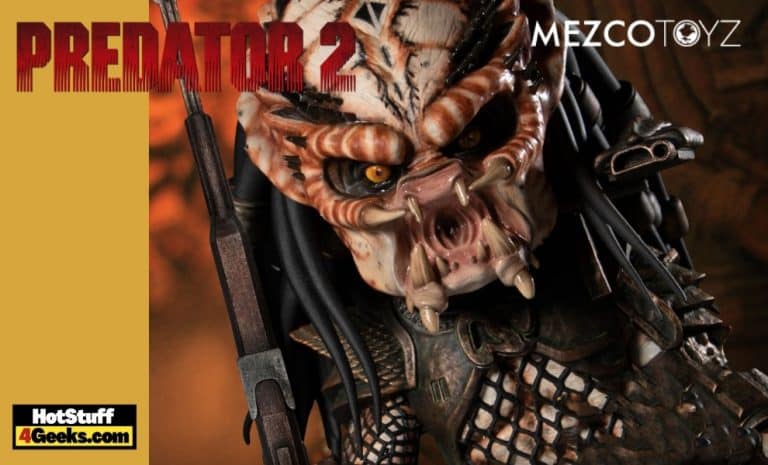 Predator, the City Hunter Action Figure, is joining the Mezco Designer Series! Outfitted in his look from Predator 2, the Yautja sports a removable Bio-Helmet and is loaded with accessories from the film.

Devastated by war between rival drug gangs, Los Angeles is the perfect killing ground for the predator who is drawn into the conflict. When police find shattered bodies, Lt. Mike Harrigan believes the gangs are at work.

Then a mysterious government agent shows up and orders the lieutenant to stay off the case. Instead, Harrigan goes into the field to find out what is really going on and comes face to face with the savage alien in an electrifying confrontation.

Predator 2: City Hunter Deluxe 6-Inch Action Figure features 10 points of articulation, a removable Plasmacaster that attaches to his shoulder, a hunting trophy, an interchangeable wrist blade hand, a Combistick, and a Smart Disc. All accessories can be held in his interchangeable hands for an abundance of display options.

The Mezco Toyz: Predator 2 – City Hunter Deluxe 6-Inch Action Figure is priced at $49.99. Pre-orders are already live and can be found at the links below. Its release is scheduled for November 2021. 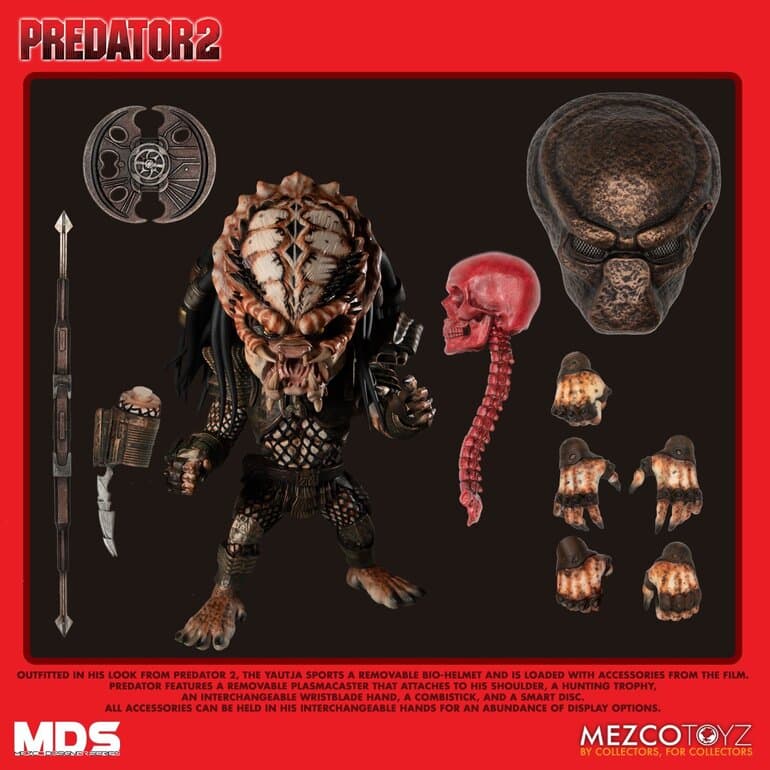 Predator 2 is a direct sequel to the first film, but this time there is no Arnold Schwarzenegger. Instead, Danny Glover takes on the role of the protagonist. He plays Michael Harrigan, a New York City detective investigating a gang war, and ends up in the sights of the Predator.

However, this time we have a second alien in the area. Schaefer‘s accomplishments have been passed on to the Yautja Homeworld, and he is now highly respected by his race. As a result, humans are now regarded as warriors worthy of the most dangerous hunts. The new Predator heads to Earth in search of glory and trophies.

A government organization notices the alien activities and sends a team to the city to capture the Yautja. However, everyone on the team ends up dead, and it is up to Harrigan to defeat the alien.

After a real hunt through the city, the fight is taken to the creature’s ship, where the detective finally manages to put an end to the Yautja. Soon, he sees several other Predators on the scene, who recognize him as victorious and give him a gun as a trophy before leaving in their ship.