What better way to celebrate the 50th anniversary of Walt Disney World than with a trip to the tropics? This Funko Pop! set features The Enchanted Tiki Room hosting Jose and Mickey Mouse in an ”aloha” shirt.

You can find this pop set at the links below (click to jump!)

When you think of Walt Disney, you probably think of his iconic cartoons like Mickey Mouse and Donald Duck. But did you know that he was also a pioneer in the world of animatronics?

The Enchanted Tiki Room, which debuted at Disneyland in 1963, was one of the first attractions to use audio-animatronics, and it’s still a popular destination for guests today.

The room is filled with singing birds, flowers, and tiki statues that come to life thanks to the innovative technology. Even if you’re not a fan of animatronics, you can appreciate the historical significance of this attraction.

The Enchanted Tiki Room is one of the most iconic rooms in Disney history. With its exotic through-the-years settings and catchy tunes, this pop will make any fan want to get up on their feet!

And who doesn’t love a good tropical vacation?

Mickey Mouse and José Funko 2-pack Funko Pop! is now available for order at the links below (click to jump!) 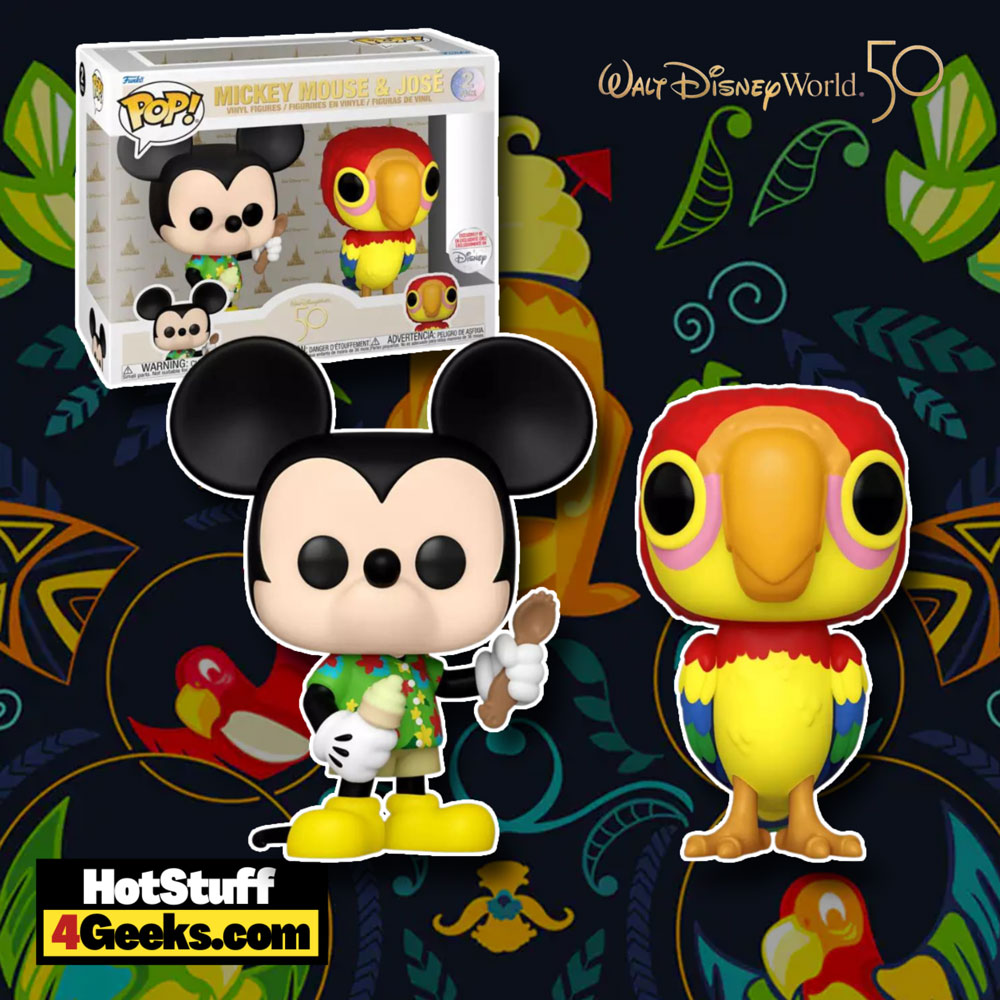 The show debuted in 1963, almost 60 years ago, at Disneyland Park in California.

Later, in 1971 – eight years later – the attraction was opened to the public at Magic Kingdom in Orlando.

Initially, in Florida, it received a slightly different identity.

It was known as Tropical Serenade and ran until 1997. It was then re-branded as The Enchanted Tiki Room in 1998.

However, a fire destroyed it in January 2011. Soon after, the attraction was reopened and had been operating for almost ten years.

Many people hate it, and some people love it. And honestly, I don’t know many people who love it…

It basically consists of a musical performance inspired by American tiki culture. It has exotic/tropical birds, Tiki gods, and many colors. All celebrated musically.

In this Polynesian paradise, we can sing along with the birds, flowers, and the Tiki statues.

According to the attraction’s official Disney website, there are more than 225 audio-animatronic choreographed performers.

Most are birds, but there are also flowers. Both have their movements customized thanks to technology. The reality that the “little robots” go through is impressive and worth seeing.

The show lasts on average 15 minutes, not much longer than that.

It is not a popular attraction, so there is no long line, and we will not have to “waste” so much time waiting.

It is very quiet, without adrenaline, but with a lot of beauty.

It is aimed at the kids and the whole family, no doubt about it. However, it is recommended for nature and culture lovers because it is realistic, entirely technological, and different.

So next time you’re at Disneyland, don’t forget to check out the Enchanted Tiki Room and experience some Disney magic.