The chase is on! The legendary baseball player has been immortalized in plastic.

Each figure comes with a 1 in 6 chance of being the “chase” figure with dirt on his uniform.

You can find the order links for this pop figure below (click to jump!)

Derek Jeter is a former professional baseball player who played his entire 20-year career in the Major League Baseball (MLB) for the New York Yankees.

He is widely regarded as one of the greatest baseball players of all time and has been a central figure in the Yankees’ success in the late 1990s and early 2000s.

Jeter is considered one of the most clutch performers in postseason history. His accomplishments include five World Series titles, fourteen All-Star selections, and three Gold Glove Awards.

After retiring from baseball in 2014, Jeter became a minority owner of the Miami Marlins.

The New York Yankees Baseball player Derek Jeter With Chase Funko Pop! is dropping on Funko.com at 9:30 AM PT, and you can find the links to order below (click to jump!) 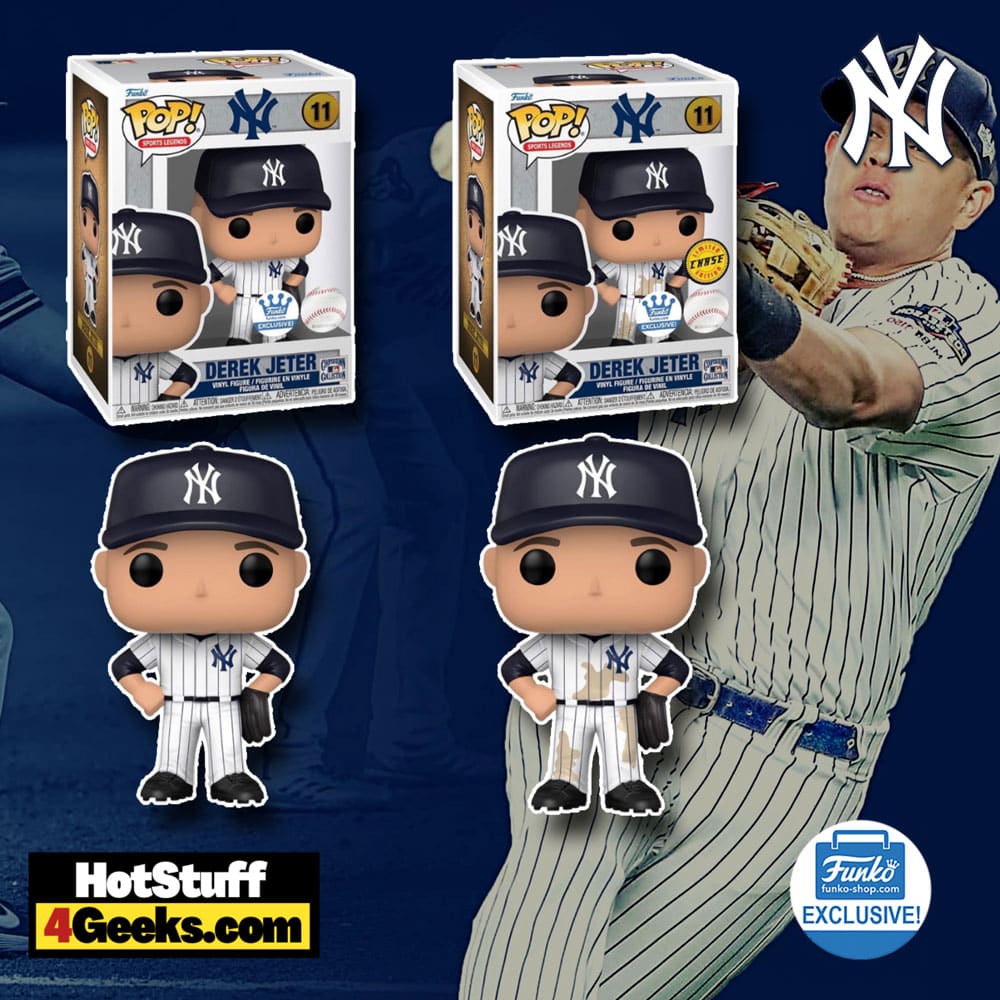 Derek Jeter is a professional baseball player who has spent his entire career with the New York Yankees.

He is also the franchise’s leader in postseason hits, runs, and doubles.

He is one of six players to have won both the Rookie of the Year Award and the World Series in the same year.

Jeter is also among the only two players to win five Gold Glove Awards at shortstop.

In 2021, he was inducted into the National Baseball Hall of Fame.

In addition to his on-field success, Jeter is also known for his charitable work off the field.

He founded the Turn 2 Foundation, which promotes healthy lifestyles for young people, and he has also been involved with numerous other charitable organizations.

He is also widely respected for his leadership and sportsmanship, earning the nickname “The Captain.”

Jeter has also been a successful businessman, launching his own athleisure clothing line and opening a well-reviewed restaurant in New York City.

Even non-baseball fans have to respect Derek Jeter’s impressive career.

Derek Jeter is not only one of the greatest baseball players of all time, but he is also a great role model for people of all ages.