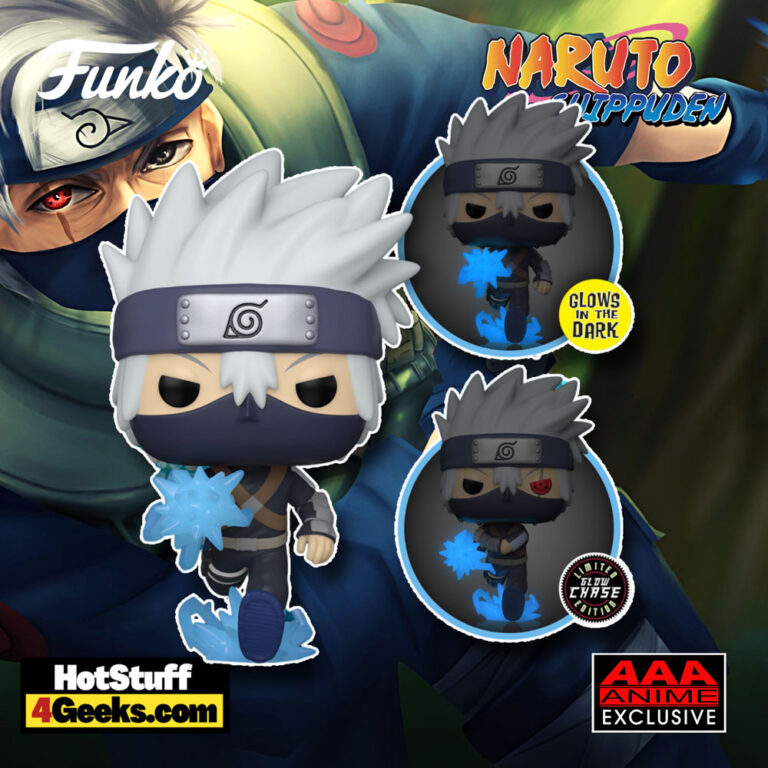 Look for the glow-in-the-dark chase with the Sharingan eye! The pop figure will be launched on August 29, 2022, at the links below (click to jump!)

Kakashi Hatake is one of the most well-known and respected ninjas in the Hidden Leaf Village. He is the youngest ever to join in, a top-notch ANBU, and the only non-Uchiha Sharingan wielder.

He was also a student of the Fourth Hokage and the teacher of the seventh. In addition, he was named the Sixth Hokage.

With all of these credentials, it is no wonder he is one of the most celebrated heroes in the village.

This incredibly detailed figure captures Kakashi in his signature pose, ready to defend the village from any danger.

So if you’re a fan of Naruto or just a fan of great anime figures, this Kakashi Hatake Funko pop is a must-have for your collection.

The Anime Exclusive Young Kakashi Glow in The Dark Chase Funko Pop! is now available for pre-order at the links below (click to jump!) It’s expected to be released in October 2022. 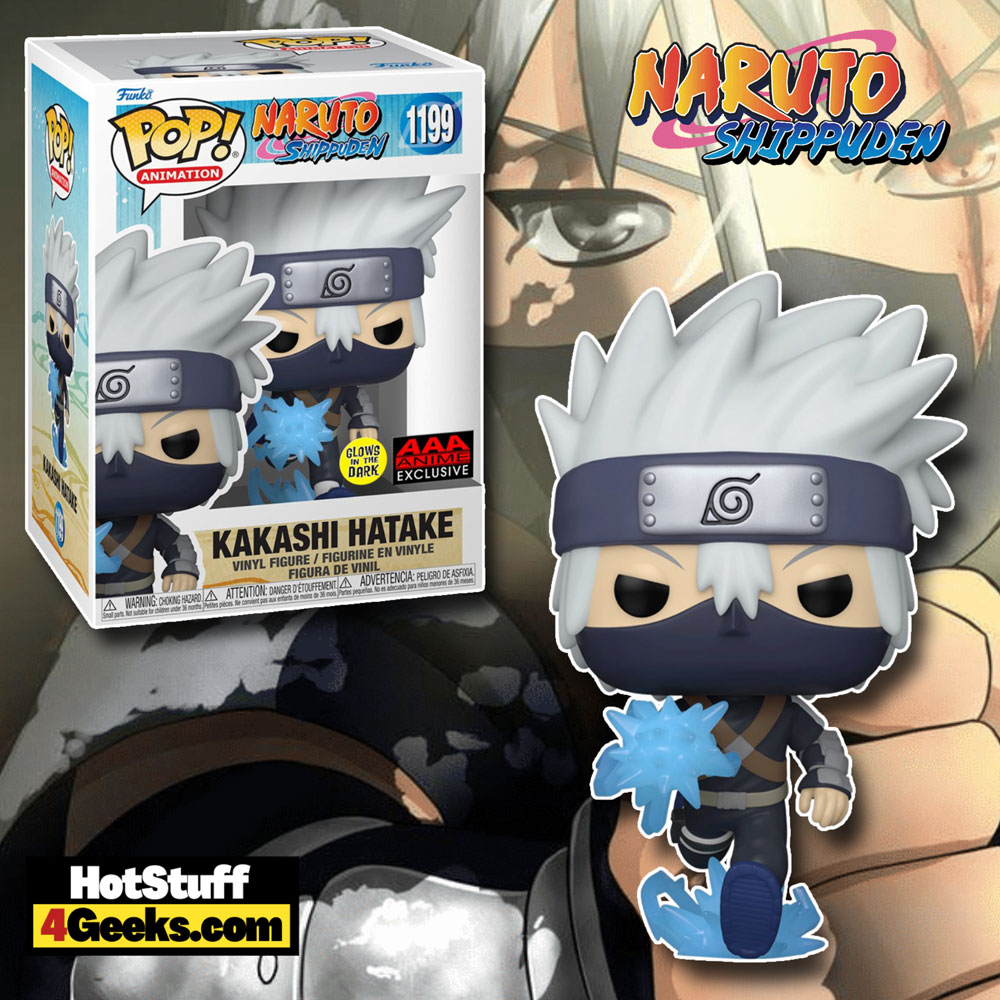 Kakashi Hatake is considered one of the most popular Naturo characters ever.

This is due to his strong personality, exciting story, and mastery in battle, which take him away from the stereotype of the typical sensei.

Kakashi is a natural prodigy, proven by his rising so quickly through the ninja ranks. His accomplishments have even made him famous among foreign ninjas.

While still a child at the Academy, Kakashi was at the top of his class. He’s considered his generation’s best, becoming a chunin at 6 and a jonin at 12. 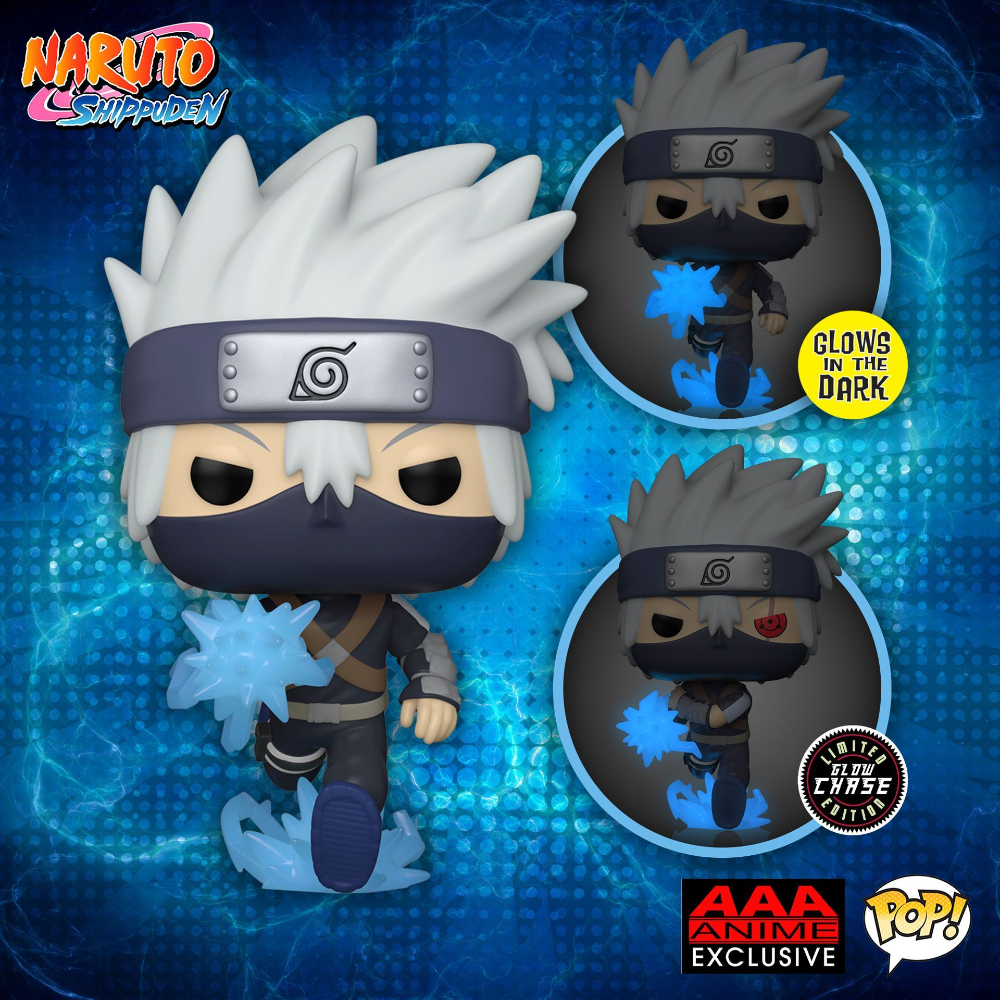 One of the great mysteries of Naruto has always been what would hide Kakashi’s face mask. Even Naruto, Sasuke, and Sakura spent several hours of their days trying to get a glimpse of his entire face, but without ever reaching it.

Eventually, Kakashi reveals his secret, and we find that the mask hides only a tiny mole on his chin.

Kakashi is not known in the anime for sword fighting, but in some episodes that recall the character’s youth, we find that he once fought with a small sword. This katana is called the White Light Chakra Saber and is a remembrance of the Hatake Clan that was passed to Katashi by his father, Sakumo.

The sword is a potent weapon, but unfortunately, this was destroyed during Kakashi’s battle against Kakko.

The massacre of the Uchiha clan by Itachi is one of the most critical events in Naruto history.

The responsibility for the tragedy can be shared by more than one character. However, Kakashi feels that some of the blame is his own.

For many years, Kakashi took the role of Hokage before passing it on to Naruto. However, although he has left that position, the ninja continues to carry out missions unofficially.

In Boruto, Kakashi finds himself investigating the experiments done on Danzo and even saves the village of Nue, proving to be unstoppable.