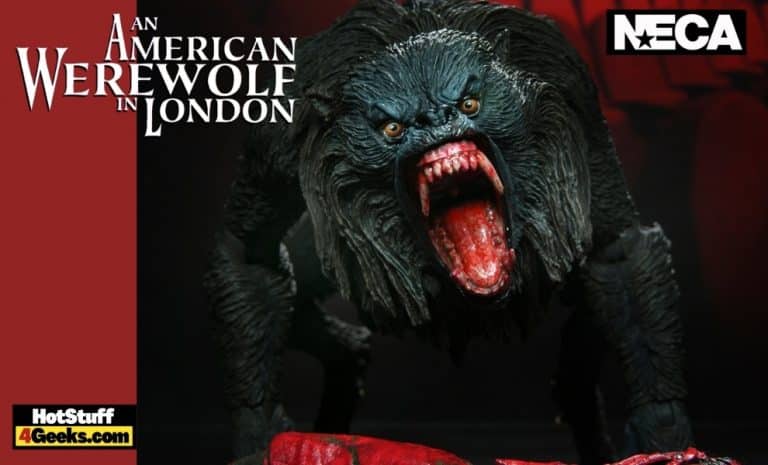 Watch out for the moon! In August, An American Werewolf in London celebrates its 40th anniversary. The movie premiered on August 21, 1981, both in the U.S. and in the U.K., acquiring in the initial box office an amount three times higher than its cost.

The reviews were overwhelmingly positive, highlighting the technical quality and good humor. Not just gory, but really scary. Not just fun, but clever.

Of course, the film is best known for the most impressive scene of the transformation of a man into a werewolf in the history of cinema!

Never before made as an action figure, Kessler’s wolf form is more than 11-inches at its full length and has over 30 points of articulation. Includes interchangeable heads (one sculpted with a closed mouth and the other wide open) and comes in a collector-friendly window box with an opening flap that’s great for display.

The An American Werewolf in London – Ultimate Kessler Werewolf 7-Inch Action Figure from NECA is priced at $34.99. Pre-orders are already live and can be found at the links below. Its release is scheduled for November 2021. 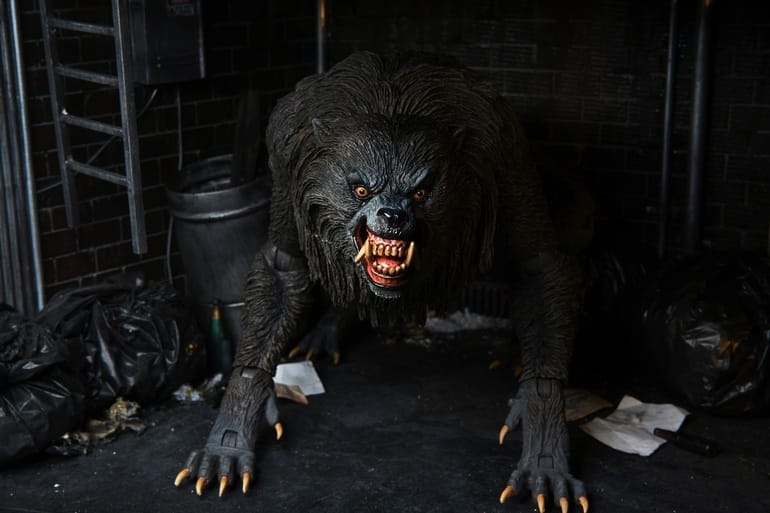 Traveling with friends is a fun activity. Taking a backpack, choosing a place full of surprises and new activities, beautiful landscapes, and a universe of novelties to face. It is necessary to consider setbacks as well.

For example, you may travel to a quiet village in England and suddenly find yourself in a hospital bed, with your best friend – now turned into a ghost – warning you about the dangers that come with a full moon.

When David Kessler (David Naughton) and Jack Goodman (Griffin Dunne) traveled to London, they had no idea that this was exactly their destiny. Backpacking through England, the two friends arrive in a small village in the North of England.

There is something quaint about the place, but they continue on their way. At a particular moment, something hits Jack, who is killed, and David ends up in the hospital. What could only be an accident and a tragic experience turn into a nightmare when David discovers that what hit him was a werewolf.

Written and directed by John Landis, An American Werewolf in London is a beloved film. Its special effects, its charismatic characters, and its terrifying story have made the film stick in the minds of its viewers even 40 years after its release.