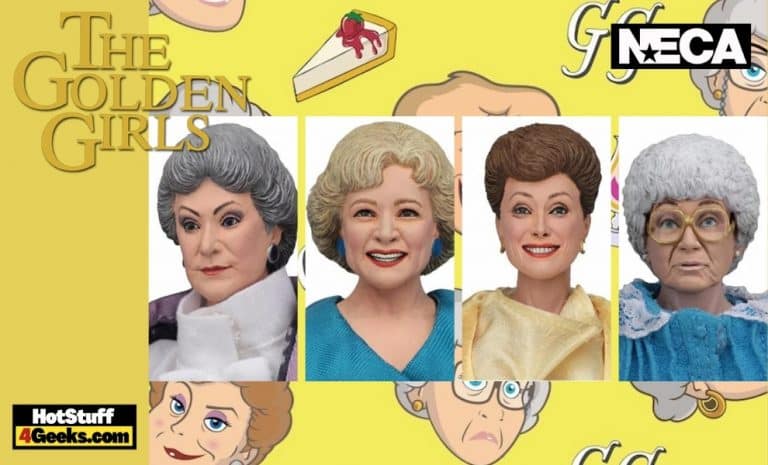 Premiered in 1985, The Golden Girls was not afraid to tackle complicated topics in a society far from as open as it is today (and yet…). Coming out of the closet, same-sex marriage, sexuality in old age, HIV, and euthanasia were some of the topics covered and made their mark in television history in the 1980s and early 1990s.

Life can start at 50. Blanche (Rue McClanahan), Rose (Betty White), Dorothy (Beatrice Arthur), and their mother Sophia (Estelle Getty) are four divorced women who live together in Miami, Florida, one of the world’s top tourist cities. Together they experience the ups and downs of life, encounters, and disasters, share their experiences and have fun despite the difficulties.

From the classic TV comedy series that even today continues to inspire those who cherish friendship, rattan furniture, and cheesecake, The Golden Girls take action figure form!

Dorothy, Rose, Blanche, and Sofia’s action figures are back again, and they are dressed in fabric clothing that’s perfect for an afternoon on the lanai and feature authorized likenesses. Each fully articulated figure stands approximately 8” tall.

Neca: Golden Girls – Dorothy Zbornak, Rose Nylund, Blanche Devereaux, and Sophia Petrillo 8-Inch Clothed Action Figures are now available for pre-order at the links below (click to jump!) They are priced at $34.99 each and are expected to be released in August 2021. 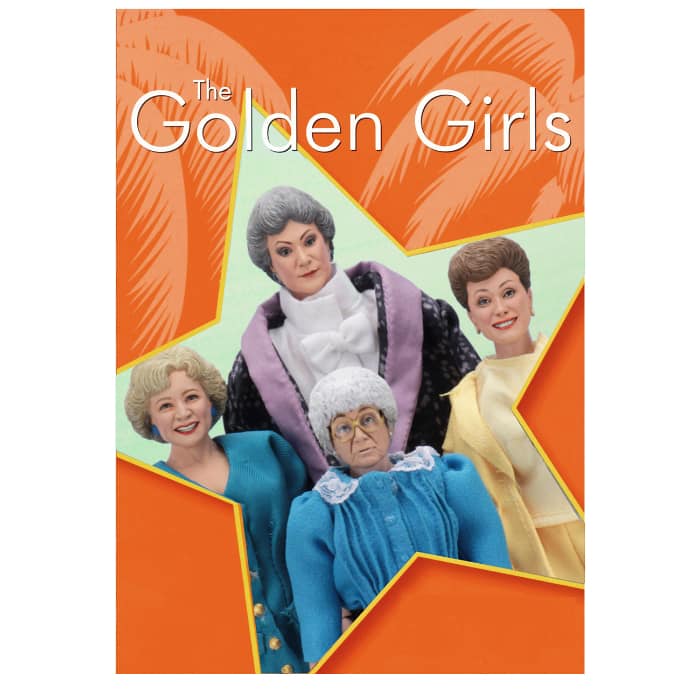 Our Golden Girls, always opposed to the system, aired for seven years, making them one of the most successful series. They won 11 Emmys for writing and acting. In fact, they all won at least one Emmy, making it one of the few series where all the leading ladies got one.

Also breaking the rules, the oldest character, mother Sophia, was not played by the oldest actress. Betty White is the oldest,  and ironies of ironies the only one who’s still alive. 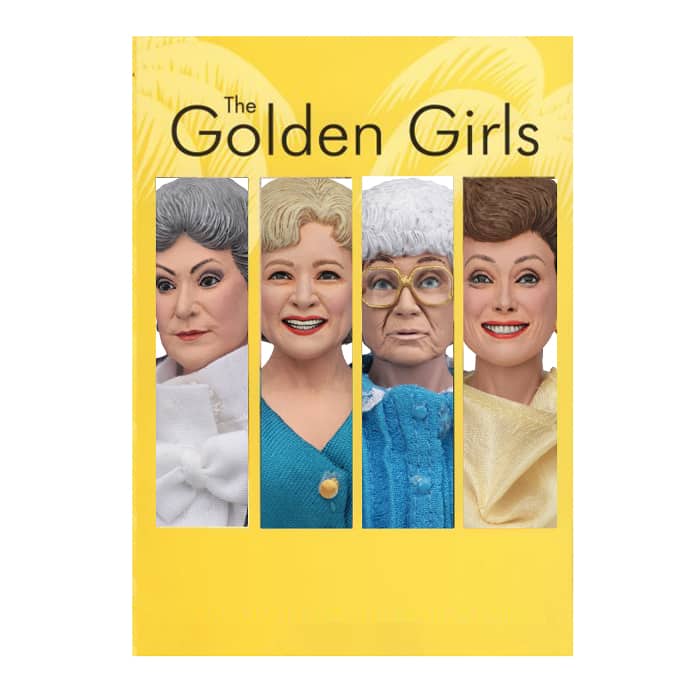 However, the strength of The Golden Girls was its premise and its four main characters, all over the age of fifty – McClanahan, the youngest of the cast, was fifty-one when the series began filming.

In a culture so obsessed with youth, the writers offered female audiences a new perspective in which the lives of these characters were far from sad or miserable. 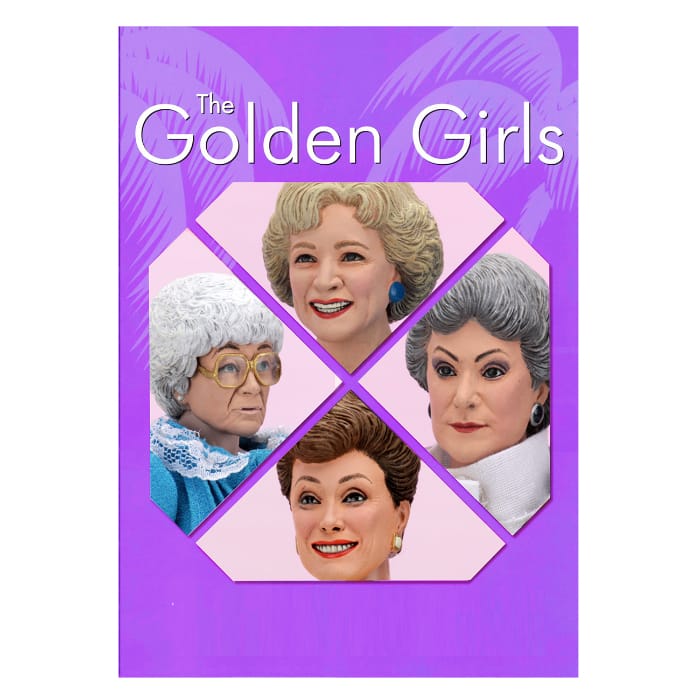 In a way, The Golden Girls represents one of Walt Disney’s most famous phrases: “Keep moving forward.” And by heeding that advice, these women changed the television landscape forever.

The strength of this quartet, the life lessons, the progressive messages, the great stories, and jokes turned the series into a television classic worthy of being re-watched countless times. It paved the way for many other productions.

Thank you for your friendship, Sophia, Rose, Blanche, and Dorothy!