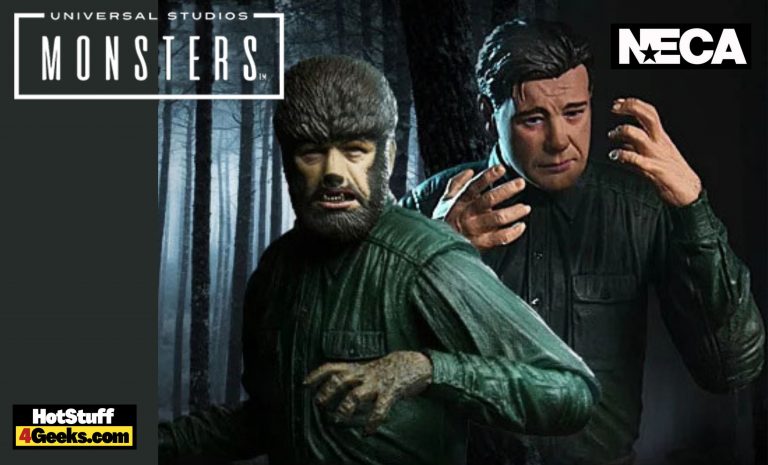 The Universal Monsters The Wolf Man Ultimate 7″ Scale Figure (Color Version) by Neca is now available for pre-order at the links below (click to jump!) and is due for release in November 2021. 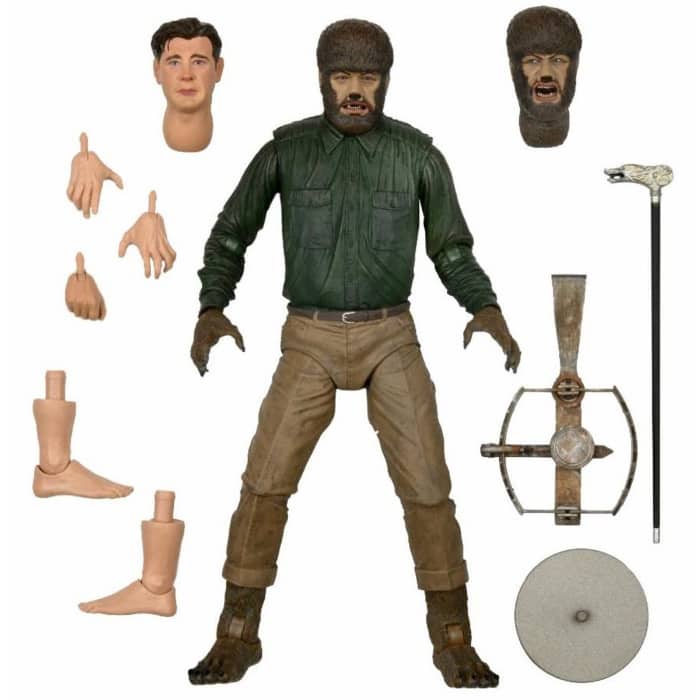 The Wolf Man begins with the definition of the word ‘lycanthropy’ taken from a supposed encyclopedia:

“Mental illness of a human being, who imagines that he is a Werewolf. According to an ancient legend, which persists in certain localities, the victim assumes the animal’s physical characteristics. There is a small village, close to Talbot Castle, in which, apparently, there have been recent experiences with these creatures.”

After many years of estrangement, Larry Talbot returns to his father, Sir John Talbot’s castle in Wales, to attend his brother’s funeral, who died in a hunting accident.

Shortly after his arrival, witnessing the murder of a woman by a wolf, he engages in fierce combat with the animal, which he manages to kill after being bitten by the beast. Larry ignores that he has faced a lycanthrope and, being infected by it, his destiny is to become a Werewolf.

So the legend goes: “Even a man who is pure in heart and says his prayers by night may become a wolf when the wolfbane blooms and Autumn moon is bright.” 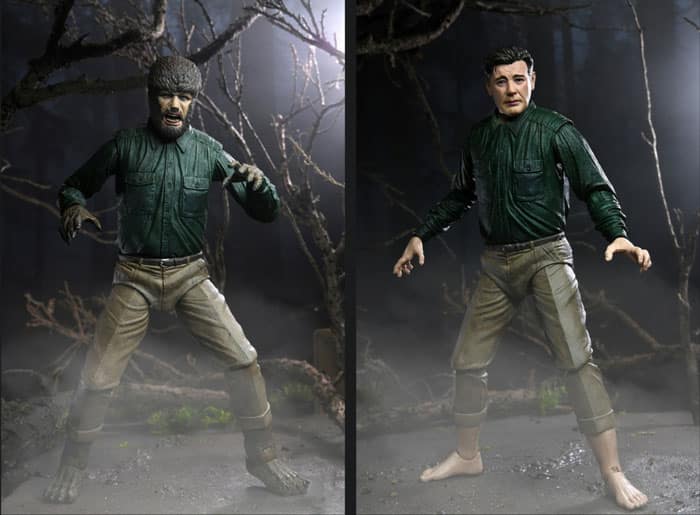 The Wolf Man was received somewhat coldly by critics at the time and treated as a minor work among Universal’s horror films, but there is no doubt that it is definitely a carefully filmed and simply well-made horror film. The Wolf Man has both good staging and a good cast (no less than Lon Chaney Jr., Bela Lugosi, and Claude Rains), and its standing concerning its predecessors is more than remarkable.

Despite poor reviews, the film was a massive hit with audiences. In fact, The Wolf Man ended up becoming one of Universal’s great monsters. The character, played by Chaney (son of the legendary silent actor of the same name and nicknamed “the man of a thousand faces”), ended up reaching the charisma of Bela Lugosi’s Dracula or Boris Karloff’s Frankenstein’s creature.