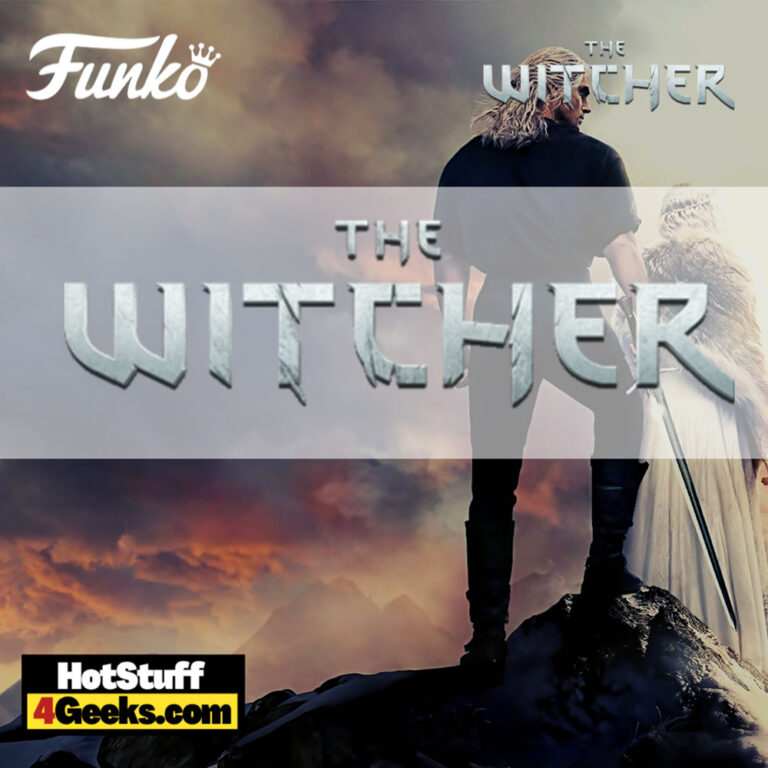 Oh, Netflix’s The Witcher season 2 is getting Funko pops? Well, in that case, I MUST collect them all!

There’s Geralt, of course, looking as fierce and cold as ever. And then there’s Yennefer, the powerful sorceress who always knows just what to say.

And let’s not forget about Ciri, the young princess who is learning to harness her own magic.

Whether you’re a long-time fan of The Witcher series or just getting into it, these Funko pops are a great way to show your love for the show.

These characters are compelling and well-developed. I can’t wait to see how their stories unfold in season 3.

Here’s the NEW Netflix The Witcher Season 2 Funko Pops! (2023) list for this release:

The Witcher Funko Pop! Vinyl Figures (Season 2) is an unconfirmed release. It is only official when or if Funko announces it. I’ll update more information in the long run.

The Witcher is a franchise with an atypical rise in pop culture.

If you’re unfamiliar with the show, it follows the story of Geralt of Rivia, a monster hunter who vocalizes his dry wit with fantastic one-liners.

While he may appear fierce, cold, or even threatening at first glance, those who take the time to get to know him will find that he’s actually quite caring and kind.

Of course, he’s still a fearsome warrior with skills that would make most people tremble, so it’s probably best not to end up on his wrong side!

Beginning as fantasy books written by Polish author Andrzej Sapkowski, the adventures of the witch Geralt of Rivia have been adapted into games by developer CD Projekt Red.

With the success of the third game in the franchise, The Witcher 3: Wild Hunt, released in 2015, Geralt of Rivia and his universe have become extremely popular, spawning a Netflix series.

The story of The Witcher shows us a witch, Geralt, a being transformed by potions and rituals to hunt monsters and break curses in a fantasy world plagued by political and economic instabilities.

In his wanderings, he finds himself embroiled in ancient curses, palace conspiracies, and clashes with creatures of the night.

Thanks to its captivating story, great acting, and stunning visuals, The Witcher has quickly become one of Netflix’s most popular shows.

As one of the platform’s biggest hits, Netflix has already renewed the series for a third season, and things should only get more intense and complicated from here on out.

Even though the third season should be more faithful to the books, as Henry Cavill requested, the Netflix series has taken a detour that can no longer be turned back: revealing that Emhyr Var Emreis, the emperor of Nilfgaard, is Ciri’s father.

As actor Joey Batey (Jaskier) rightly reminds us during a special video of the series, it’s a twist that only happens in the final pages of The Lady of the Lake, the last novel in the saga.

In the source material, the emperor is a somewhat elusive figure, with perverse goals of capturing Ciri, marrying her, and begetting an heir to the throne with Ancient Blood in his veins.

The antagonist has a few chapters throughout the novel, but overall he stays out of the spotlight.

With the decision made, it remains to sustain it. This means Emhyr should have more space in the coming seasons, with more scenes or complex motivations.

It will be curious to see how the series handles such a drastic change.