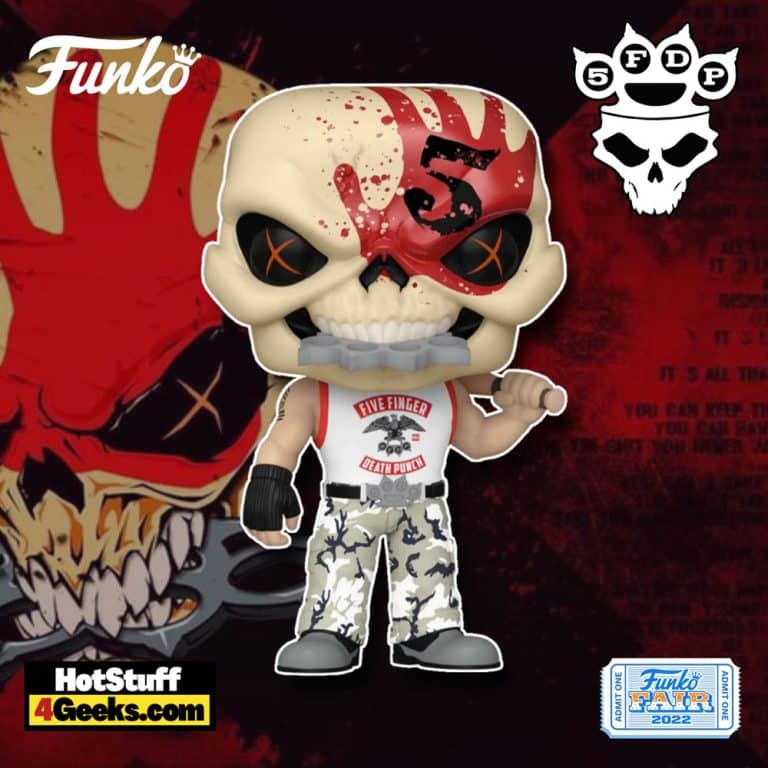 Knucklehead adorned the entire cover of 5FDP’s debut album, in 2007, appearing on every cover album ever since.

The Knucklehead Funko Pop! is now available for order at the links below (click to jump!) 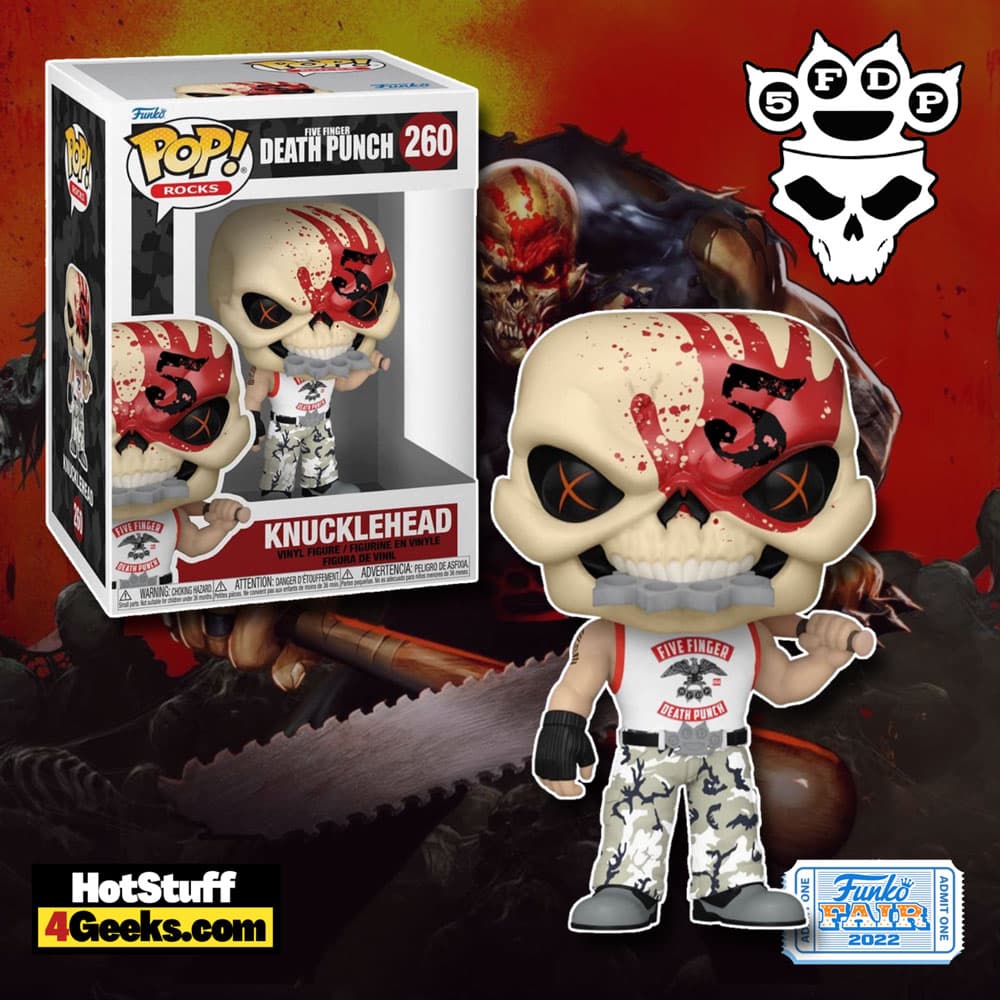 Five Finger Death Punch, also abbreviated as 5FDP or FFDP, was formed in 2005 in Las Vegas by guitarist Zoltán Báthory and drummer Jeremy Spencer (an active band member until 2018).

The band’s name references the 1972 martial arts film “Kung Fu – The Invincible Fist.” The lead singer holds his hands aloft in a kung fu pose inspired by the film during live performances.

Lead singer Ivan L. Moody, also known as Ghost, was born in Denver, Colorado, in 1980. Before joining Five Finger Death Punch, the musician sang in Ghost Machine and Motograter. His career took off when the band achieved its first commercial success with its first album in 2007.

Electric guitarist, songwriter, and co-founder of the Five Finger Death Punch metal band is Hungarian musician and martial artist Zlotán Báthory. To this day, Moody and Báthory are members of the band (2022). 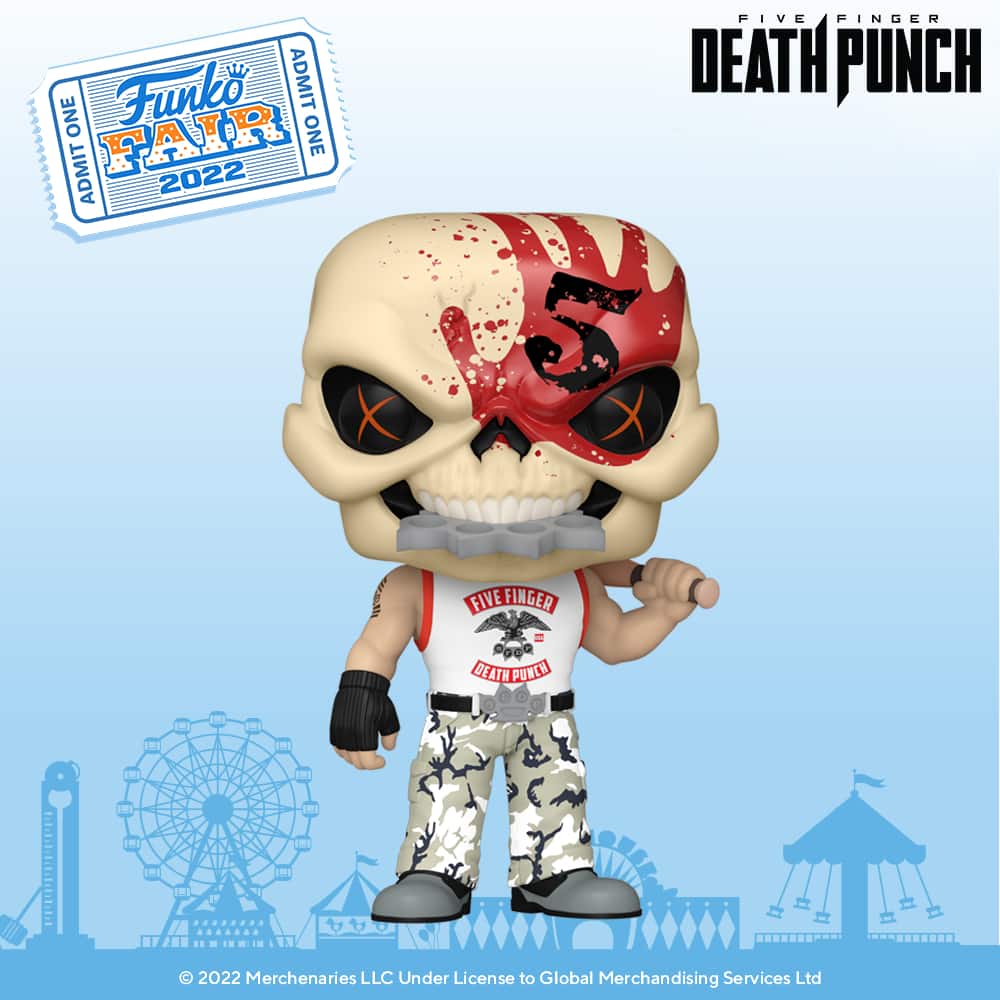 Since their first success, 5FDP produced and released several other very successful songs and albums. Among them, the single “Walk Away,” which was used as the theme song for the PPV Lockdown 2010 of “Total Nonstop Action Wrestling,” the music “Dying Breed,” as a soundtrack in the Splatterhouse horror video game or “Far from Home” – a song that appeared in the television series Criminal Minds.