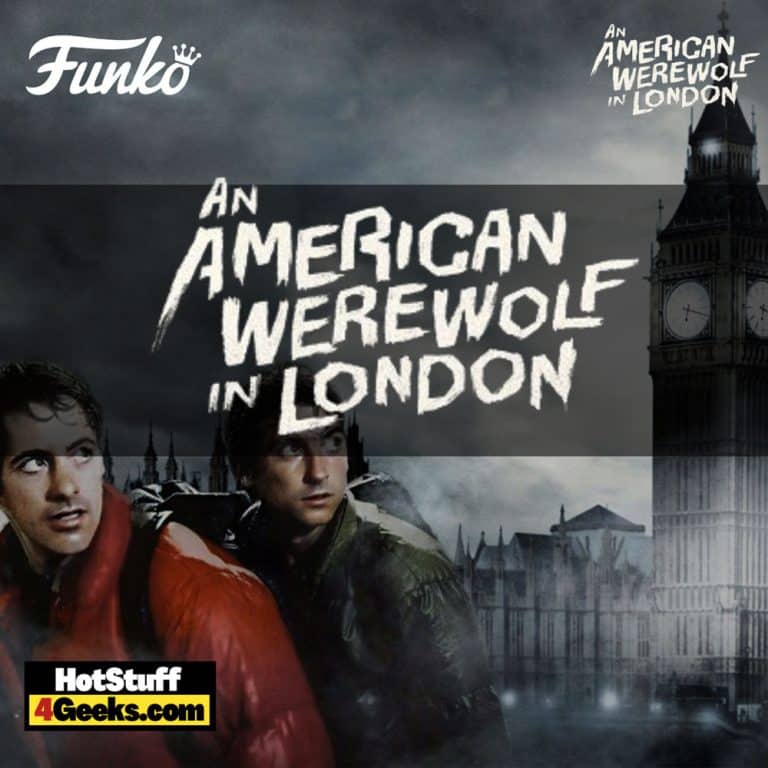 The figures include the main characters David Kessler and Jack Goodman and the werewolf himself. The werewolf figure is particularly striking, with its furry body and sharp teeth.

These new pop figures are sure to be a hit with fans of the movie, and they are sure to add a touch of fun to any collection:

An American Werewolf In London Funko Pops are an unconfirmed release. It is only official when or if Funko announces it. I’ll update more information in the long run.

When David Kessler (David Naughton) and Jack Goodman (Griffin Dunne) traveled to London, they had no idea of the fate that awaited them there. Backpacking through England, the two friends arrive in a small village in North England.

There is something quaint about the place, but they continue on their way. Then, at a particular moment, something hits Jack, who is killed, and David ends up in the hospital. What could only be an accident and a tragic experience turned into a nightmare when David discovers that what hit him was a werewolf.

An American Werewolf in London is by far the best horror film starring a Werewolf creature. In the movie, director John Landis creates one of the most iconic cinematic werewolves of all time. The transformation scene, in particular, is a masterclass in special effects.

Through a combination of clever editing, practical effects, and Rick Baker’s groundbreaking makeup design, the scene manages to be both realistically grotesque and darkly humorous.

The result is a memorable depiction of lycanthropy that has inspired countless imitations and homages. Even today, the transformation scene in An American Werewolf in London remains one of the best examples of its kind.

Written and directed by John Landis, An American Werewolf in London is a beloved film. Its special effects, charismatic characters, and terrifying story have made the film stick in the minds of its viewers even 40 years after its release.