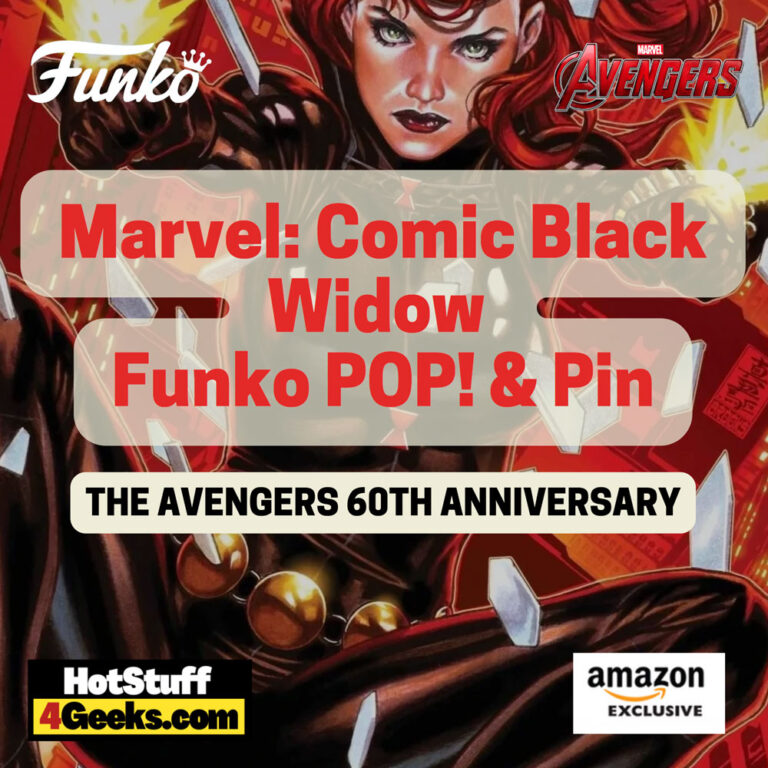 This fantastic pop figure of everyone’s favorite red-haired anti-hero is perfect for any true fan to show off their ultimate fandom.

This perfectly modeled figurine captures the iconic look of Marvel’s fan-favorite super-spy, from her signature red hair to her sleek black suit.

Plus, it also looks pretty darn cool on display among all of our other collectibles or its own as a statement piece – which one reader described as “one of the sassiest commemoration of the event” – and now that’s plain awesome!

Get your hands on this limited edition piece before it disappears faster than you can say, “Avengers assemble!” – I guarantee that she’ll make a welcome addition to your Funko Pop collection.

It will be like getting a fantastic upgrade to our secret agent arsenal.

The Marvel Avenger, known as Black Widow, has been striking fear into villains worldwide since she was first introduced.

Black Widow is the ultimate secret weapon of the Marvel Avengers.

She may not have super strength or supernatural powers, but her intense martial arts training and expert hacking skills more than make up for it.

With an arsenal of martial arts and combat strategies, she is more than a match for any baddie.

Not to mention that red hair? I’d be lying if I said it wasn’t intimidating.

Like a ninja in an LBD, she knows how to take down any villain she has her sights set on.

It’s no wonder Black Widow is one of the most beloved characters in the Avengers assemble- who wouldn’t want to be friends with a stealthy super spy…or at least be able to fight like one!